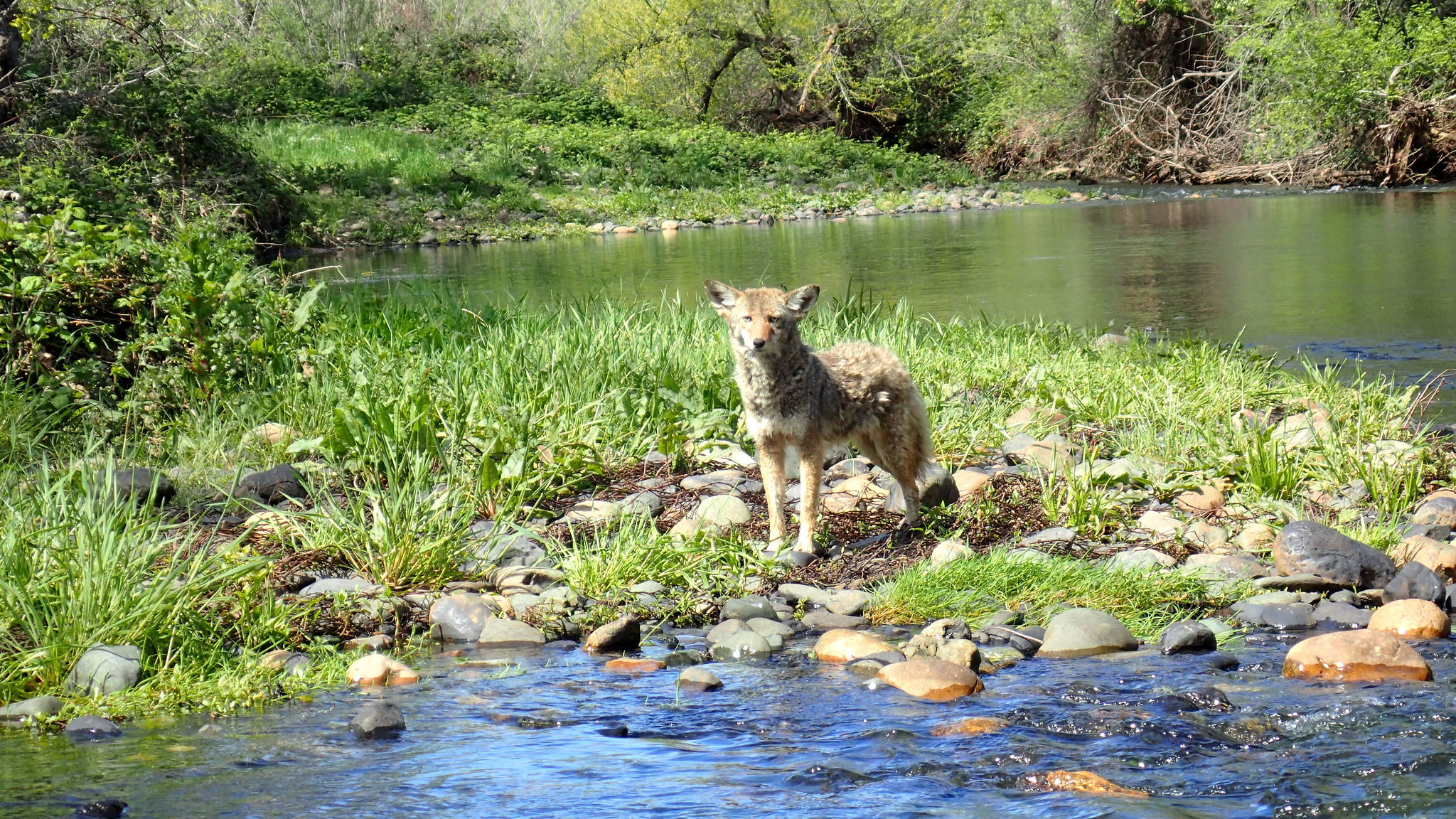 In today’s Flashback Friday we explore the wild and clever life of coyotes.

The coyote (Canis latrans) has been regarded by both early American pioneers and current-day ranchers as a nuisance because it was thought to be the main predator of livestock. However, coyotes lived alongside humans long before the first covered wagon crossed the plains and they have continued to trail us, although frequently hidden from sight, as human settlements expanded and became suburbs and cities. Native American mythology characterized the coyote as a “trickster” because of their keen intelligence and inquisitive yet wary behavior. This behavior drove coyotes to colonize the new American landscape created by early settlers, and helps them today as they continue adapting to and learning to live in new habitats. New research indicates that cities fuel novel adaptions in species that find themselves living near humans. This seems especially true for coyotes, who have spread across the Americas and continue to adopt new behaviors (and food sources), which help them survive so well.

Coyotes now live throughout North and Central America. They were originally found in the arid western United States, but with the removal of wolves and cougars in the 19th century, coyotes were able to expand to inhabit forests to the east, south, north, and west (Hody and Kays 2018). Their range continues to expand today as they adapt their behaviors to new environments. Coyote populations have recently been discovered in major cities, coastal beaches, and as far south as Panama. Los Angeles has an increasing problem with aggressive coyotes that have learned how to find food in the city and have lost their fear of humans. These urban coyotes share much of the same diet as their human neighbors, including oranges, avocados, peaches, and fast food. But, they also survive on rabbits, housecats, birds, and shoes. It was recently confirmed that, due to their coastward expansion, coyote diets also include more marine mammals than ever before, including elephant seals and sea lions.

How does one outsmart such a cunning and coy animal when it becomes a nuisance or begins acting aggressively? The U.S. government’s answer has always been to kill them. About 80,000 coyotes are still exterminated annually to protect livestock; however, several other methods of nuisance coyote control, such as fencing and other forms of coyote exclusion, have shown to be more effective than killing them. Since coyotes have such an adaptable diet and range of behaviors, they don’t rely on livestock to survive. And since they are pack animals, removing members of their pack causes them to have more offspring. One proposed solution is to simply let nature do the work instead by reintroducing the coyote’s natural enemy: not the roadrunner, but the wolf. Wolves are an apex predator that keep coyote populations in check and are also a native species in decline, so this would be a win-win answer from an ecology perspective. However, wolf reintroduction is a contentious issue among the general public. So, we may just have to enlist the help of roadrunners instead, who currently seem to be the only ones capable of outsmarting a coyote.