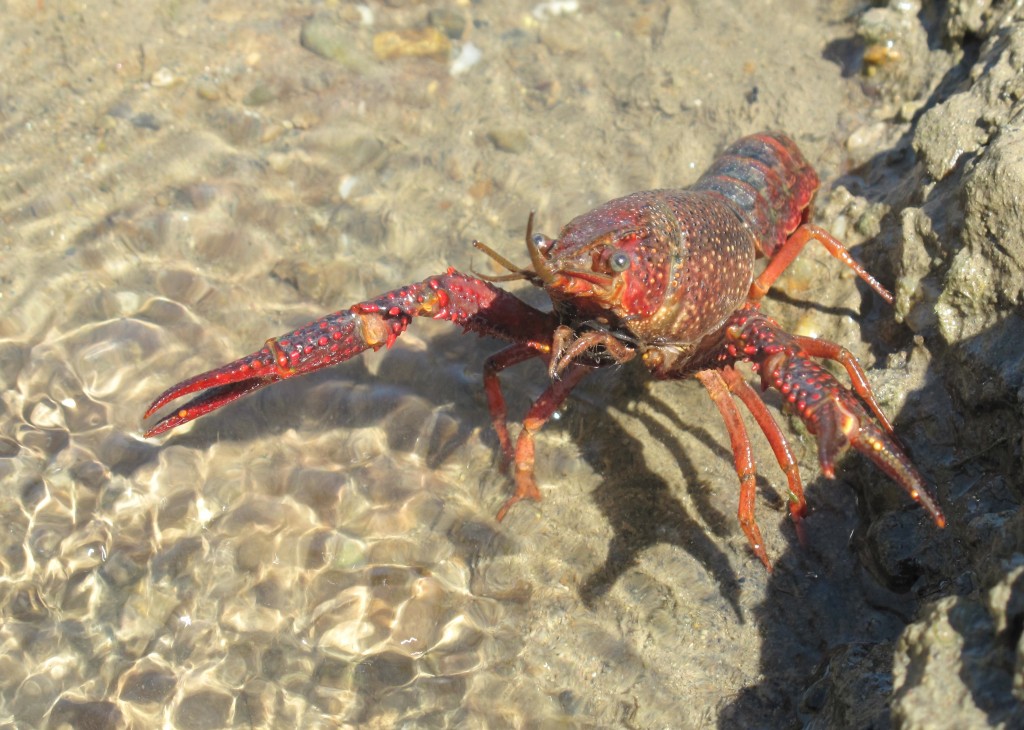 The red swamp crayfish (Procambarus clarkii) is strong and hearty, making it one of the staples in the Louisiana Cajun-cooking scene. So, what’s it doing in the streams and wetlands of California? The answer is invading and outcompeting the native crayfish and other native benthic species, like the threespine stickleback (Gasterosteus aculeatus). Although native species have evolved specific behaviors, physiology, and structures to survive and defend themselves against other native species, developing theses adaptations took thousands or millions of years of refinement. An abrupt introduction of a new species like the red swamp crayfish can therefore create changes that native species aren’t prepared for, and can cause irreversible consequences.

The red swamp crayfish not only eats the same food source as native crayfish and other benthic species, it also preys on fish eggs, amphibian eggs, tadpoles, newt larvae and native snails. While not many studies have been conducted on its impacts, non-native crayfish introductions may contribute to the decline of native frog, toad and newt populations. The California Department of Fish and Wildlife’s Finfish and Shellfish Identification Book notes that the red swamp crayfish’s burrowing behavior not only destroys important wildlife habitat, but also make it deemed an agricultural pest in California. Seems like these crayfish are better suited for a plate of jambalaya than the California wild.