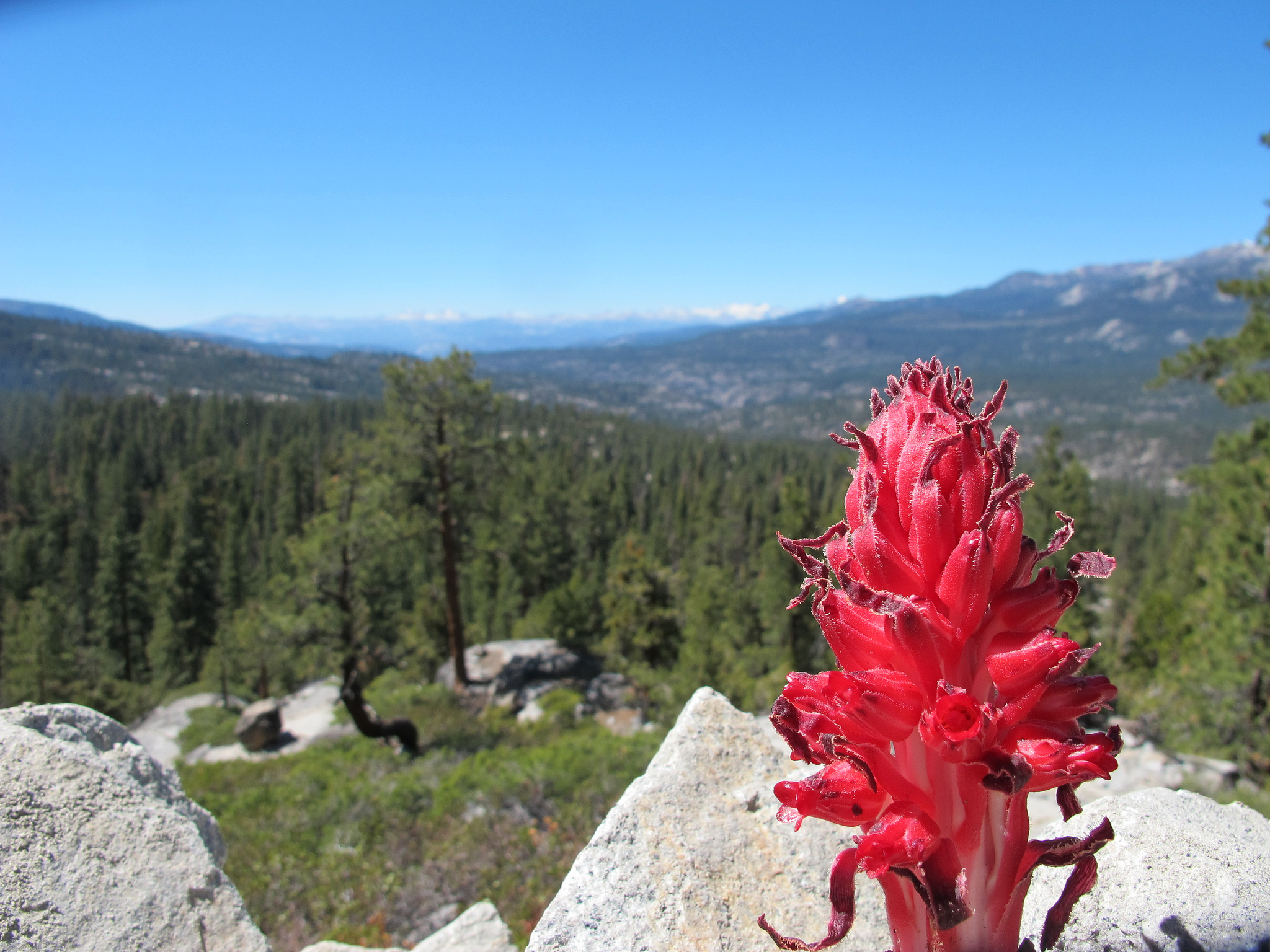 We’re capping off this holiday week with a salute to the red, white and blue – of snow plant, snow-capped peaks, and summer sky!

On this July Fourth week, we wanted to share a striking red, white, and blue vista we came across while conducting fish surveys in the High Sierra. The Independence Day color medley is made possible thanks to an eye-catching snow plant (Sarcodes sanguinea), a rather unusual Western wildflower. The plant’s distinctive appearance and coloration were not lost on 19th century botanist John Torrey, who coined its scientific name from the Greek sarkodes (flesh-like) and the Latin sanguinea (blood-red). This creates the rather gruesome translation of “bloody flesh-like thing.”

The snow plant’s more pleasant common name comes from the arresting appearance it makes when emerging in the spring, often contrasting with the white snow that can be present as late as June (although definitely not in this drought year). Snow plants bear bright crimson bells, and their otherworldly spears of flowers can reach a foot in height. The observant naturalist will notice that the entire plant is also scarlet, even the leaves – there is absolutely nothing green about it, which is an oddity in the natural world. This clue reveals that snow plants lack the pigment chlorophyll, and therefore cannot perform photosynthesis, the transformation of sunlight to energy that is (almost) the very definition of being a plant.

Instead, these bold flowers are “mycotrophic,” meaning they derive their energy from fungi beneath the soil. Snow plants steal the mycorrhizae, or symbiotic fungi, that grow in the roots of conifers, making the red shrubs a sort of tree parasite – just another one of their alien-like qualities. Without the need for sunlight, snow plants can easily grow in the shade, and are usually found in beds of pine needles beneath the conifers they feed on. We can certainly appreciate such a uniquene and resourceful plant! 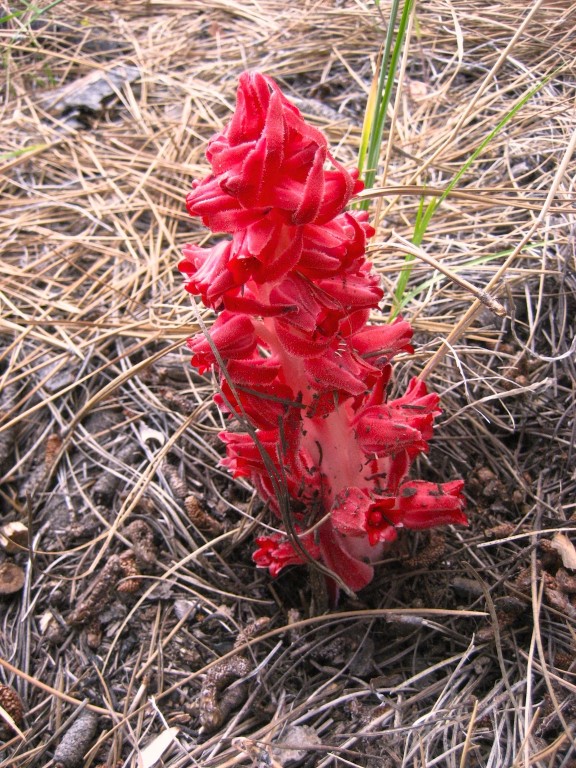