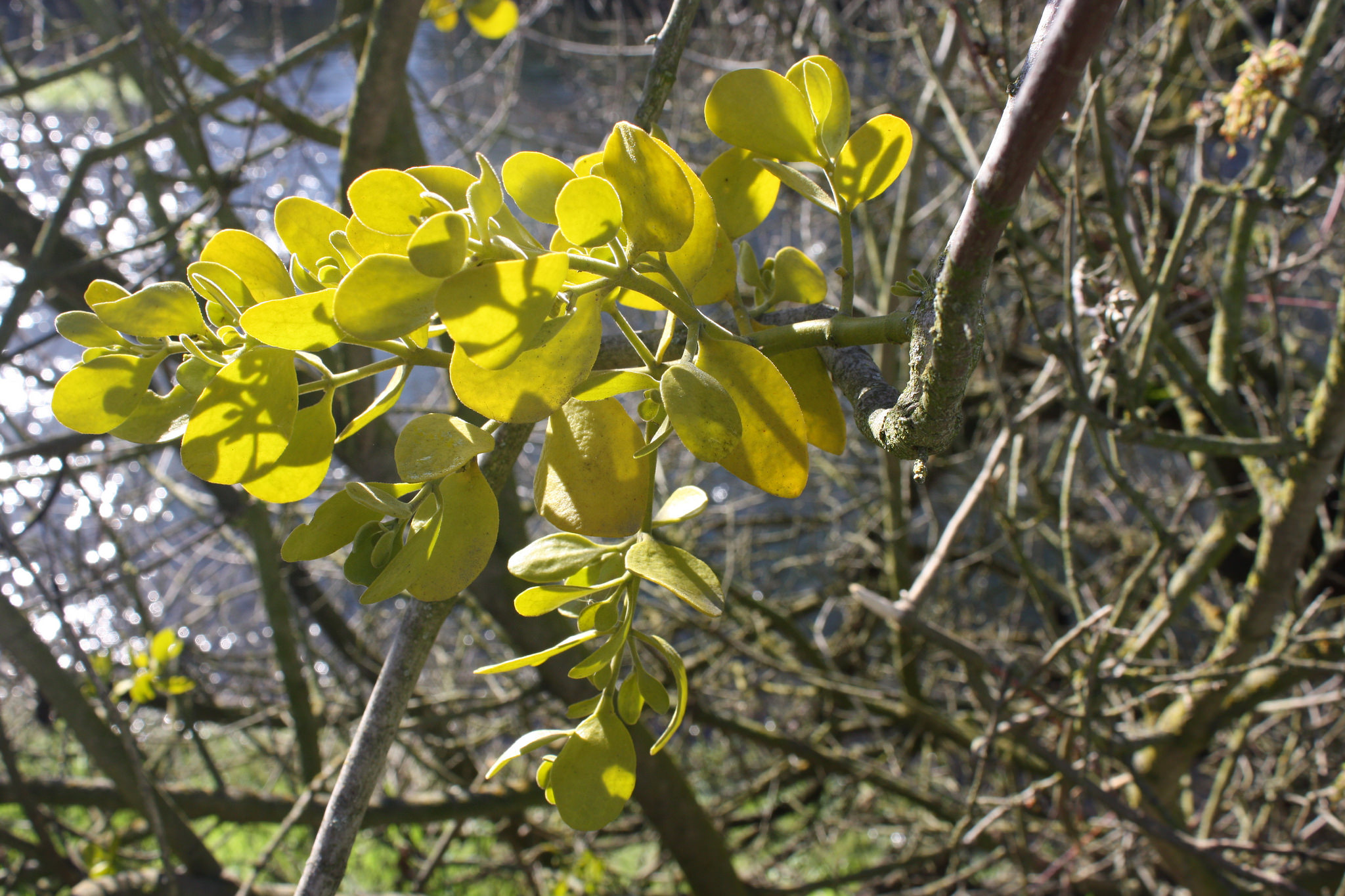 As you’re getting ready to hang some mistletoe for the holidays, you can read about its scientific side in today’s Flashback Friday!

One wintertime memento that decorates our local riparian habitats year-round is the oak mistletoe, Phoradendron villosum. The word mistletoe comes from the Anglo-Saxon word mistel meaning “dung” and tan meaning “twig.” The plant’s etymology may be off-putting, but its origin is based on the belief that mistletoe was observed growing on branches where birds had left droppings behind. In reality, mistletoe is known as a hemi-parasitic plant that grows on branches of its host. Even the genus name, Phoradendron, is derived from the Greek word for “thief of the tree.” A plant defined as a hemi-parasite is one that not only steals nutrients from its host’s vascular system, but also has the ability to photosynthesize on its own. 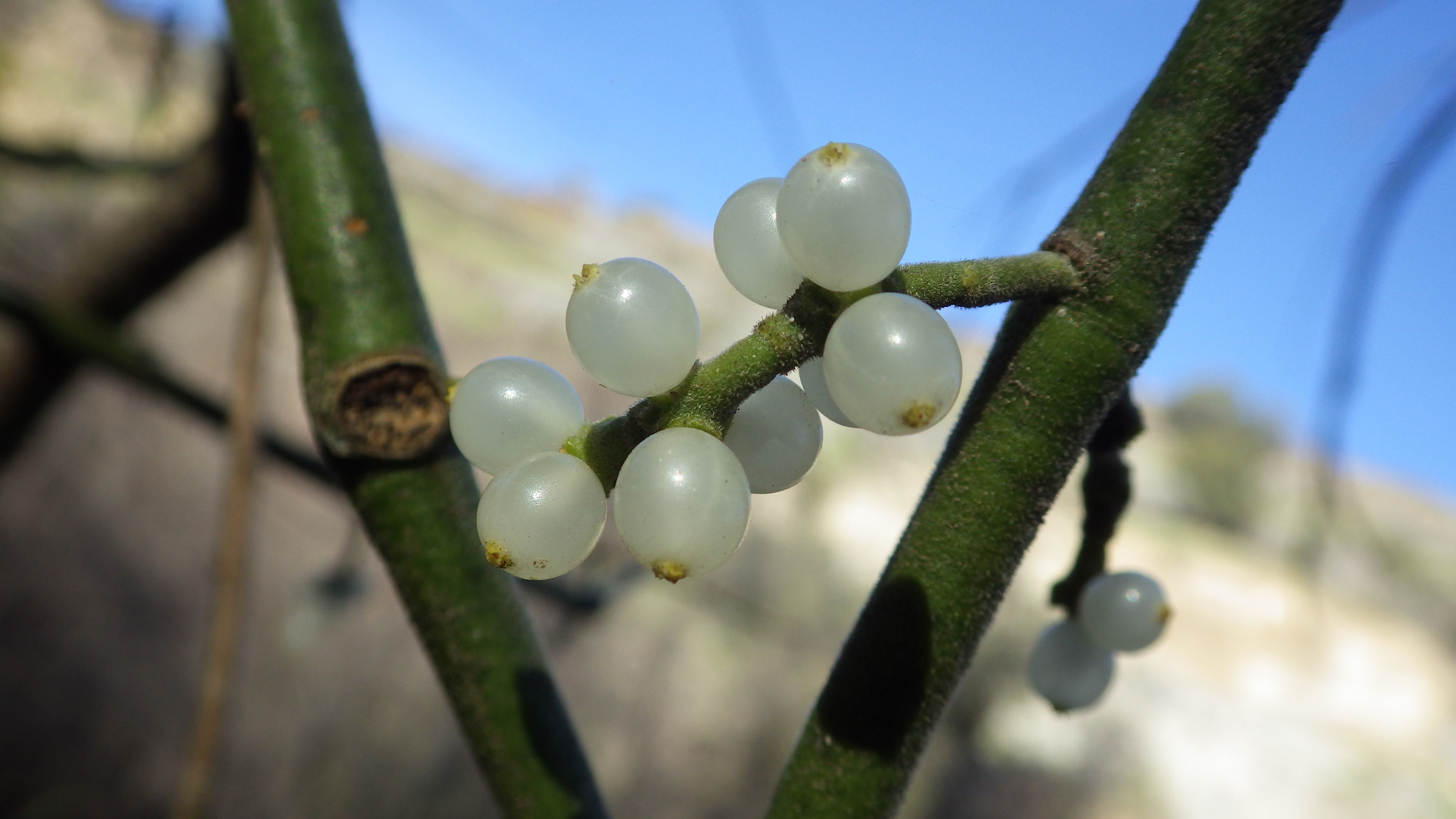 Mistletoe typically depends on birds for seed transport through digestion and excretion. However, the characteristic white berries of certain species of mistletoe provide an almost literal jumping off point for establishing a new plant. When ripe, these berries have the ability to burst and launch their seeds as far as fifty feet. Whatever the dispersal method, the sticky, viscous coating of the seed allows it to adhere to a site where germination can begin. Rather than roots, mistletoe have a specialized structure known as a haustorium, similar to the structure found in most fungal species, that allows it to penetrate the host tissue and absorb its nutrients. 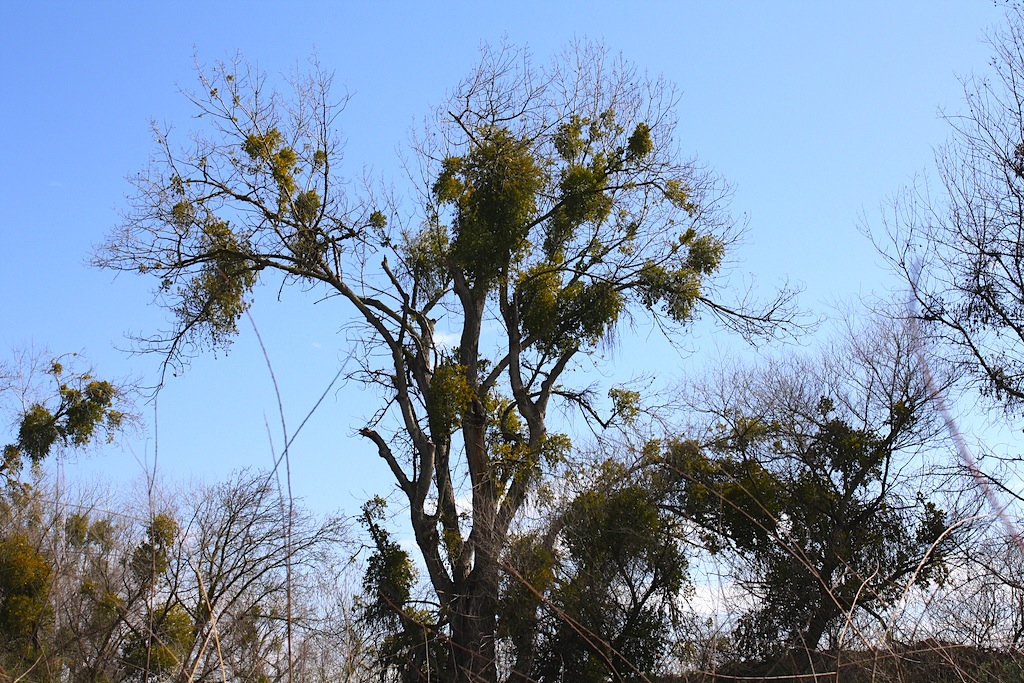 Being a parasite, mistletoe steals enough to survive, and sometimes thrive, without killing its host. Larger infestations lead to what are referred to as witches’ brooms, shown in the photo above. Witches’ brooms are the tree’s reaction to the infestation, and are the result of abnormalities in the production of twigs and branches. These masses of twigs and leaves often provide refuge and cover for many small animals, including the birds mistletoe relies on to complete its life cycle. While mistletoe may be seen as a scourge, these plants are an important ecological piece of the riparian habitat.