Today’s Flashback Friday is a profile of the American Coot – learn about how these birds favor their more attractive offspring!

Ever on the lookout for interesting wildlife, one of our field technicians recently stumbled upon quite a commotion. A group of American Coots (Fulica americana) is aptly called a “commotion” due to their large noisy gatherings. A common sight on many wetlands, the birds sometimes go by the colloquial name “marsh hen” or “mud hen” due to the similar way in which they bob their heads when walking or swimming. Often mistaken for ducks or similar waterfowl, coots are in a different family altogether, and are more closely related to wading birds like rails or cranes. A key feature that differentiates coots from ducks is their big feet with lobed toes that allow them to swim, rather than webbed toes.

Coots are omnivores and highly opportunistic feeders that consume everything from plant matter (such as stems, leaves, and seeds of various wetland vegetation) to fish, tadpoles, worms, and other small wetland fauna. In fact, coots are so opportunistic, recent studies have observed instances of intraspecific kleptoparasitism. “Kleptoparasitism” describes an animal that steals food already acquired by another individual. Casual observers have noted robberies not only from other coots, but also from numerous other species. The opportunities for theft run rampant in the winter, when coots can be found floating in large mixed-species rafts comprised of countless individuals. 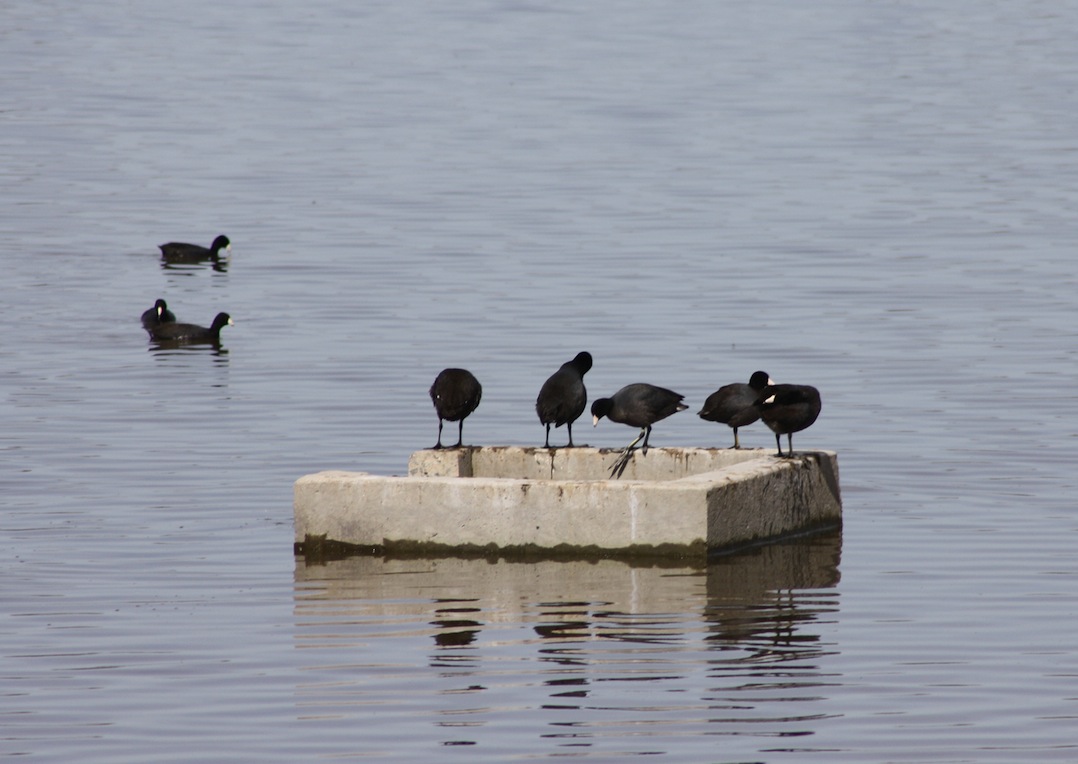