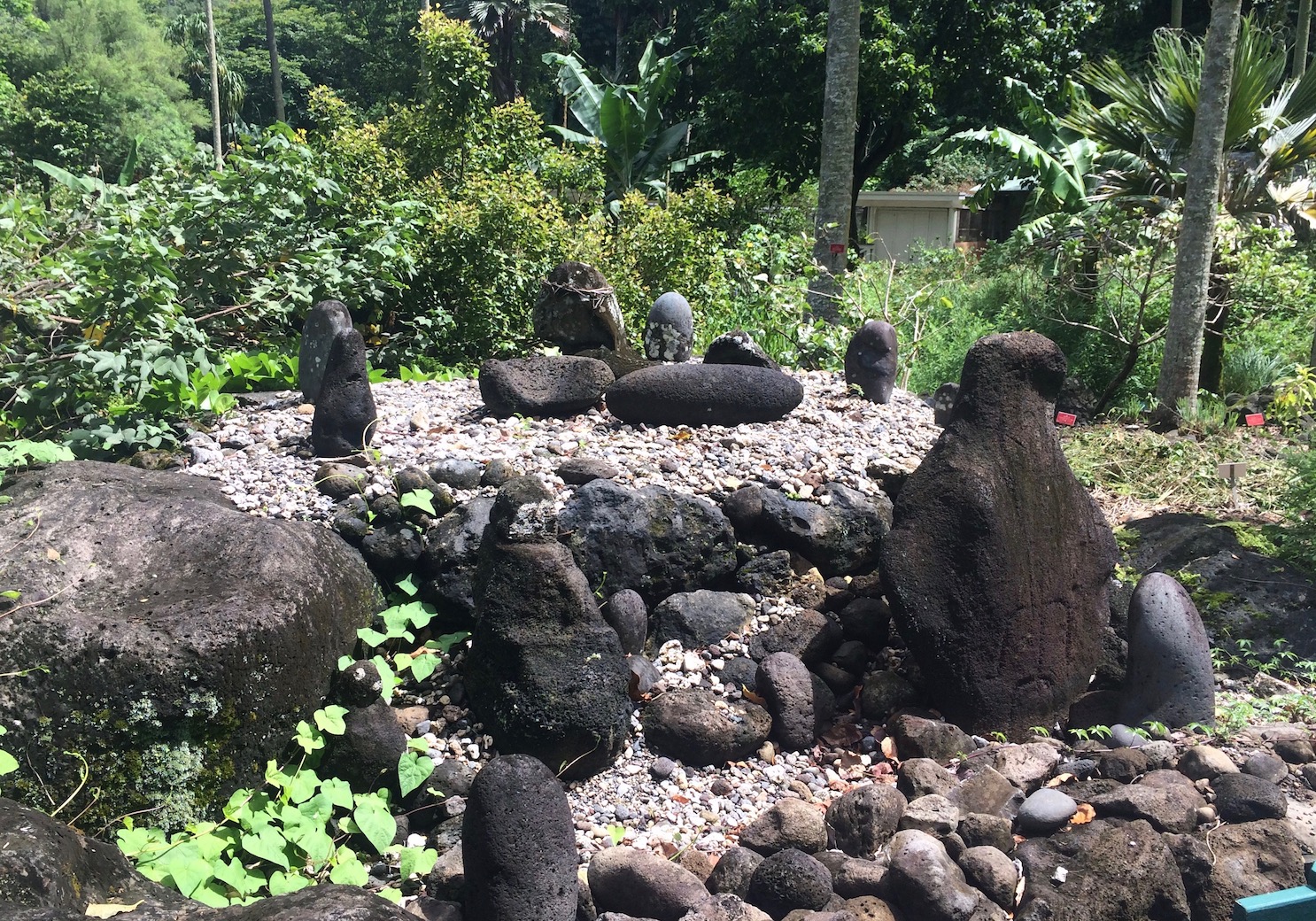 While attending the World Conservation Congress in Honolulu Hawaii last year, we also had a chance to take in some of Hawaii’s unique natural and cultural heritage. In the Waimea Valley of Oahu, we learned about this traditional Hawaiian fishing shrine made of stones. The large stone in the center represents the shark god Kamoho ‘alii. While the shark reigned the seas of the eight Hawaiian islands, as represented by the gray-black stones, we’re just as interested in the smaller stones standing upright, representing freshwater fish called O’opu – the five species of Hawaiian stream gobies.

We’re happy to see that these small but unique fishes have a place on the shrine. These gobies link fresh and saltwater: they are born in freshwater streams, but the larvae quickly drift to the ocean for a brief period, where they spend three to six months as larvae. Then, the young fish return to the streams, where they will live the rest of their lives as juveniles and adults that will eventually reproduce. Some of the species have fused pelvic fins that form a suction cup, allowing them to climb waterfalls on their migration! Incidentally, a celebration of the O’opu in Hawaii marked the closing of the 2016 World Fish Migration Day international celebration (which FISHBIO also participated in through an educational outreach event in Laos). Three of the O’opu species were traditionally considered good for eating, and were caught with nets stretched across the streams. 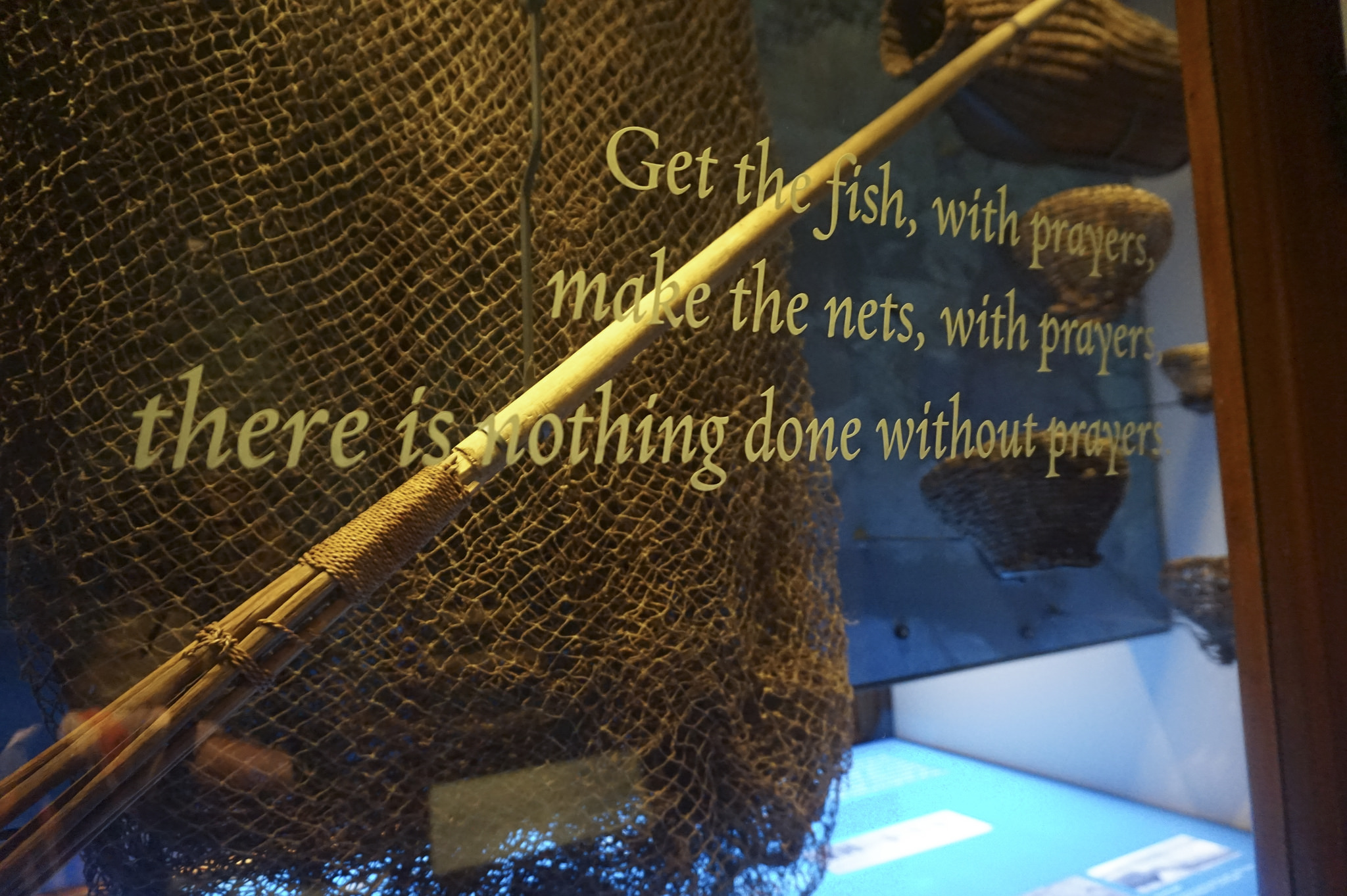 Traditional Hawaiian fishing gear is similar the tools that we still see used today in our work in Laos. Handmade gear included nets, hooks and lines, spears, traps, and poisons. To ask for safe passage at sea and plentiful catches, fishermen would make offerings at these fishing shrines before embarking. To show their thanks, the first fish that they caught would also be brought back and offered to the gods. Traditional practices for sustainability and conservation were featured in much of the 2016 World Conservation Congress. You can see more photos of the Congress on Flickr, and watch our highlights video reflecting on our experience at this inspiring international gathering.