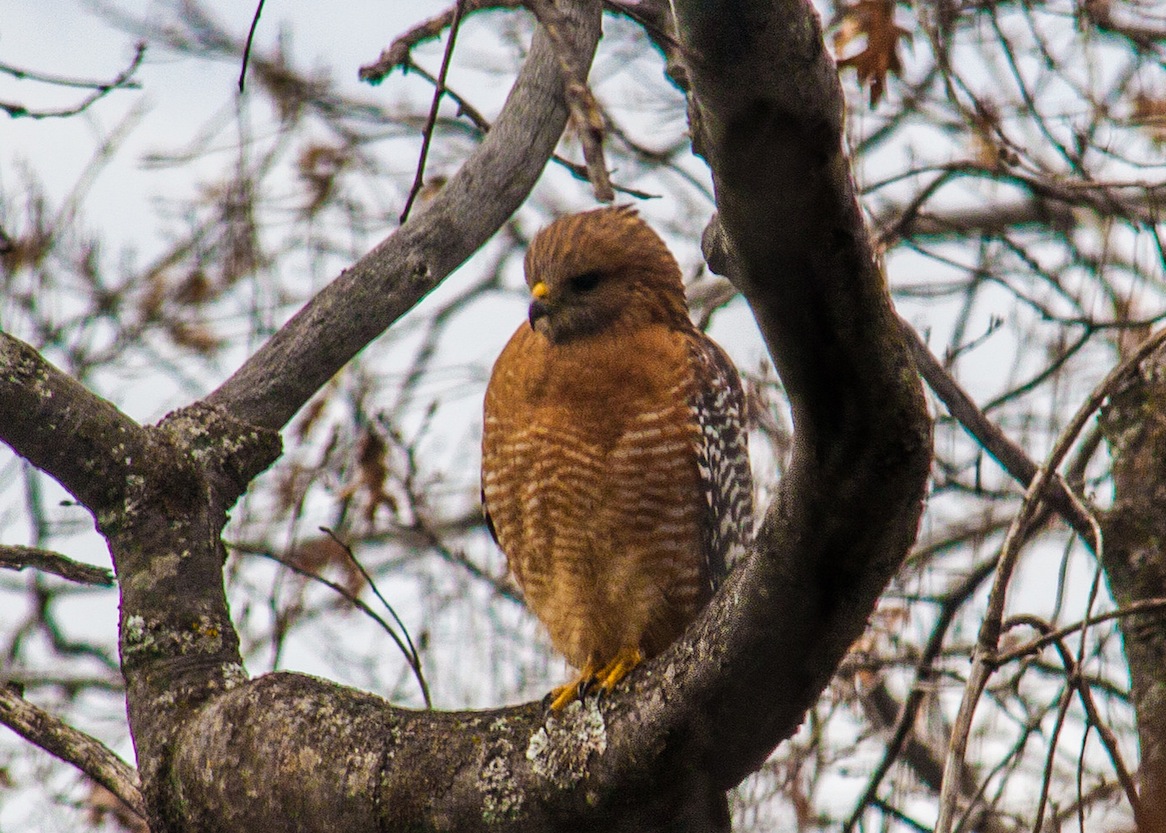 Red-shouldered hawks live in two distinct populations: one stretches from southeastern Canada south to Florida and west to the Great Plains, while a second only inhabits a narrow band along the coastline of California and Oregon. Here on the West Coast, the hawks’ habitat is expanding further north, venturing into the southern coast of Washington. This is good news for the species, particularly since their eastern territory is shrinking. While not yet considered threatened, eastern populations are being hurt by loss of habitat, and sometimes persecution from humans. Unfortunately, red-shouldered hawks have gained notoriety for their preference for poultry, much to the dismay of farmers, and have earned the nickname of “hen hawks.”

The eastern population of red-shouldered hawks lives in dense forests and deciduous swamps. By contrast, the western population prefers oak or eucalyptus forests, as well as residential areas (where residents should particularly appreciate their rodent-removing services). The western population comes into closer contact with humans, but the raptors are easily misidentified since their name can be a bit of a misnomer – many individuals, such as juveniles, lack red shoulders. If you’re out bird watching, keep an eye out for distinctive black and white bands on the tail and wings, and look for quick, shallow wingbeats when they’re flying.

Red-shouldered hawks are monogamous and territorial, so if you do manage to spot one in your neighborhood, you’ve gained a neighbor for life (as long as their nesting site stays undisturbed). The birds are known for their elaborate courtship displays, during which the male may perform a “sky dance” by soaring high into the air and making a series of dizzying steep dives, followed by spiraling ascents before the pair mates. If a pair moves in near where you live, keep an eye out for these high-flying acrobatics between April and May!