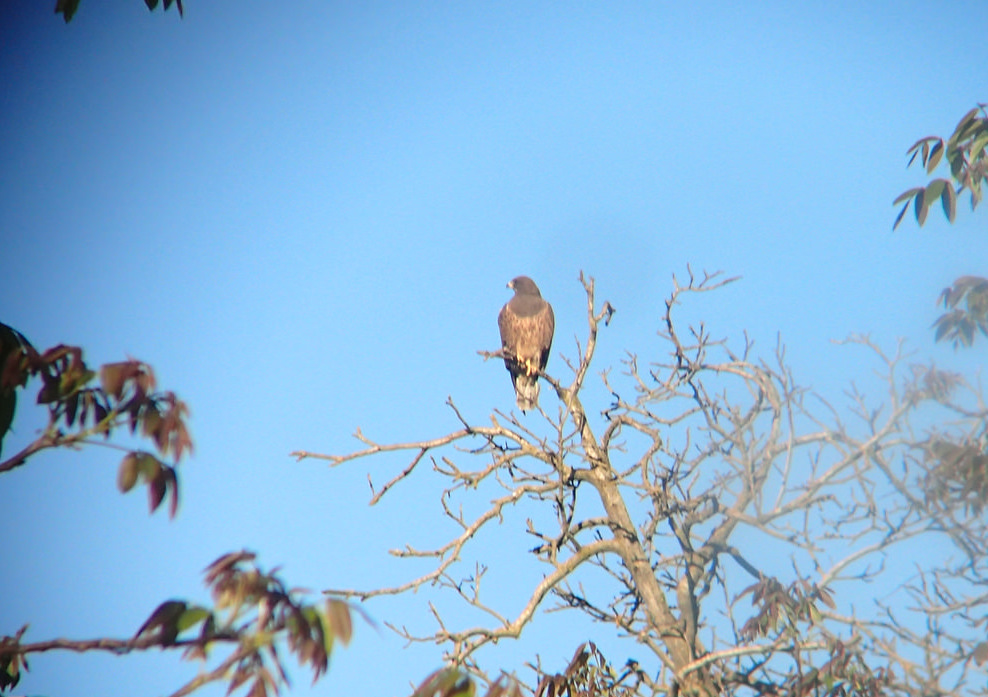 While conducting research in the field, technicians here at FISHBIO occasionally stumble across wildlife in some sticky situations. If you haven’t read up on the epic sheep and goat rescue our staff previously took part in, we recommend reading through the account (and watching it on video). Our most recent animal rescue was of an avian nature, when one of our technicians saved a clumsy juvenile Swainson’s hawk from being struck by oncoming traffic in a busy intersection.

The Swainson’s hawk (Buteo swainsoni) has been listed as “threatened” by the California Department of Fish and Game since 1983, and remains listed due to loss of habitat from ongoing urban sprawl. This hawk species breeds in the western United States, Canada and parts of Northern Mexico, and migrates to South America to escape harsh winters. Like many other hawk species, loss of suitable habitat is a main concern for survival, and has pushed many hawks into nesting near busy roads and urban landscapes as opposed to preferred riparian areas. 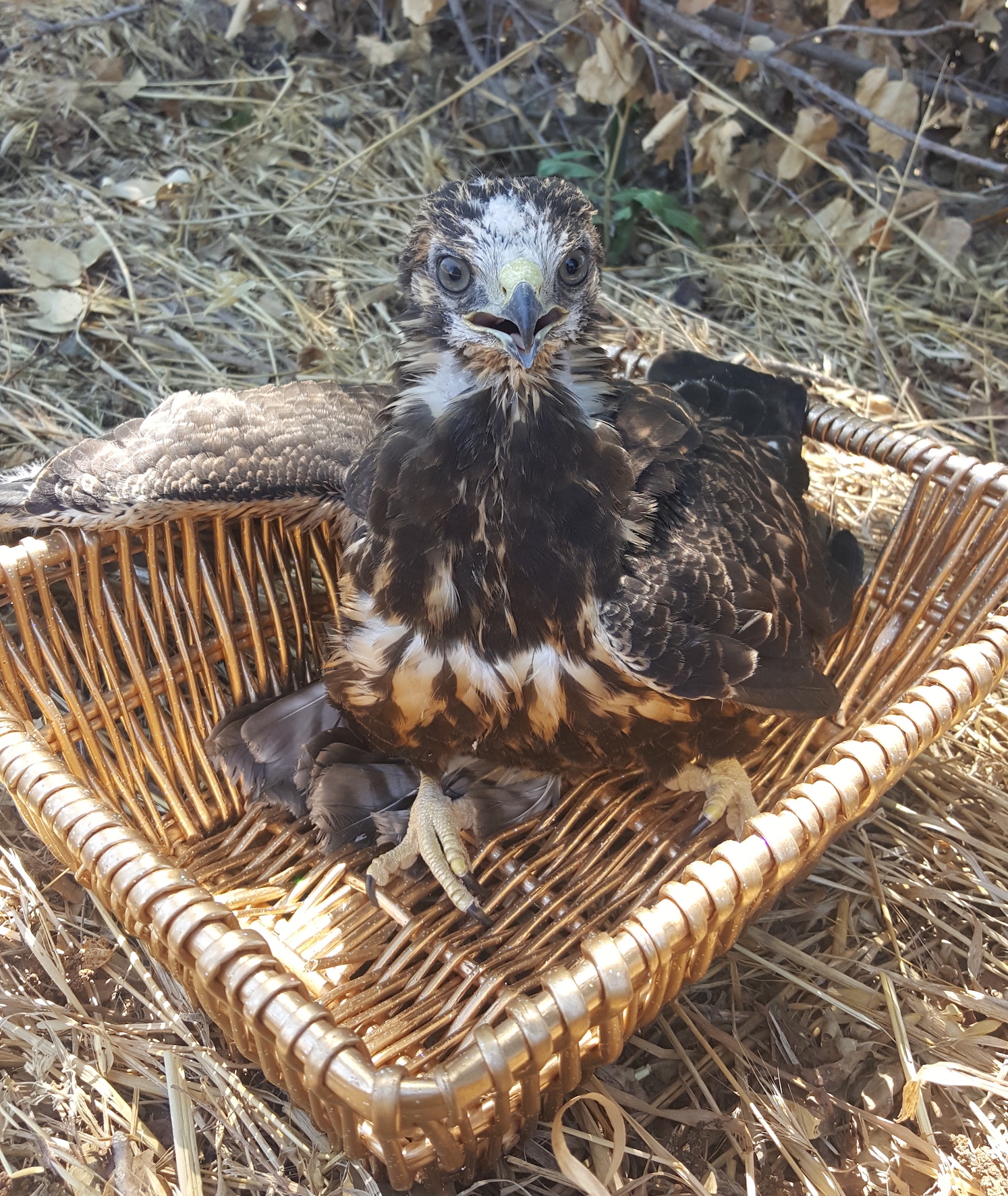 The rescue unfolded when our technician observed a young hawk in the middle of the road, and was startled when it did not move out of the way of oncoming vehicles. Being an avid bird lover, she knew she had to get the hawk out of harm’s way. Fortunately prepared with gloves and a basket on hand, she was able to stop traffic and carry the hawk to a safe location far from the road to further assess its state. The bird did not appear to be injured; instead it just hadn’t grasped the whole flying concept yet.

Before young hawks start to fly, they are seen “jump-flapping,” an exercise used to help build flight muscles. Our technician placed the young hawk in a field far from traffic and watched with binoculars to see if the mother hawk would return. Fifteen minutes later, the mother flew down, reunited with its baby, and fed it a tasty rodent snack. The hawk appeared to be in good hands, and we can put another animal rescue in the books here at FISHBIO!