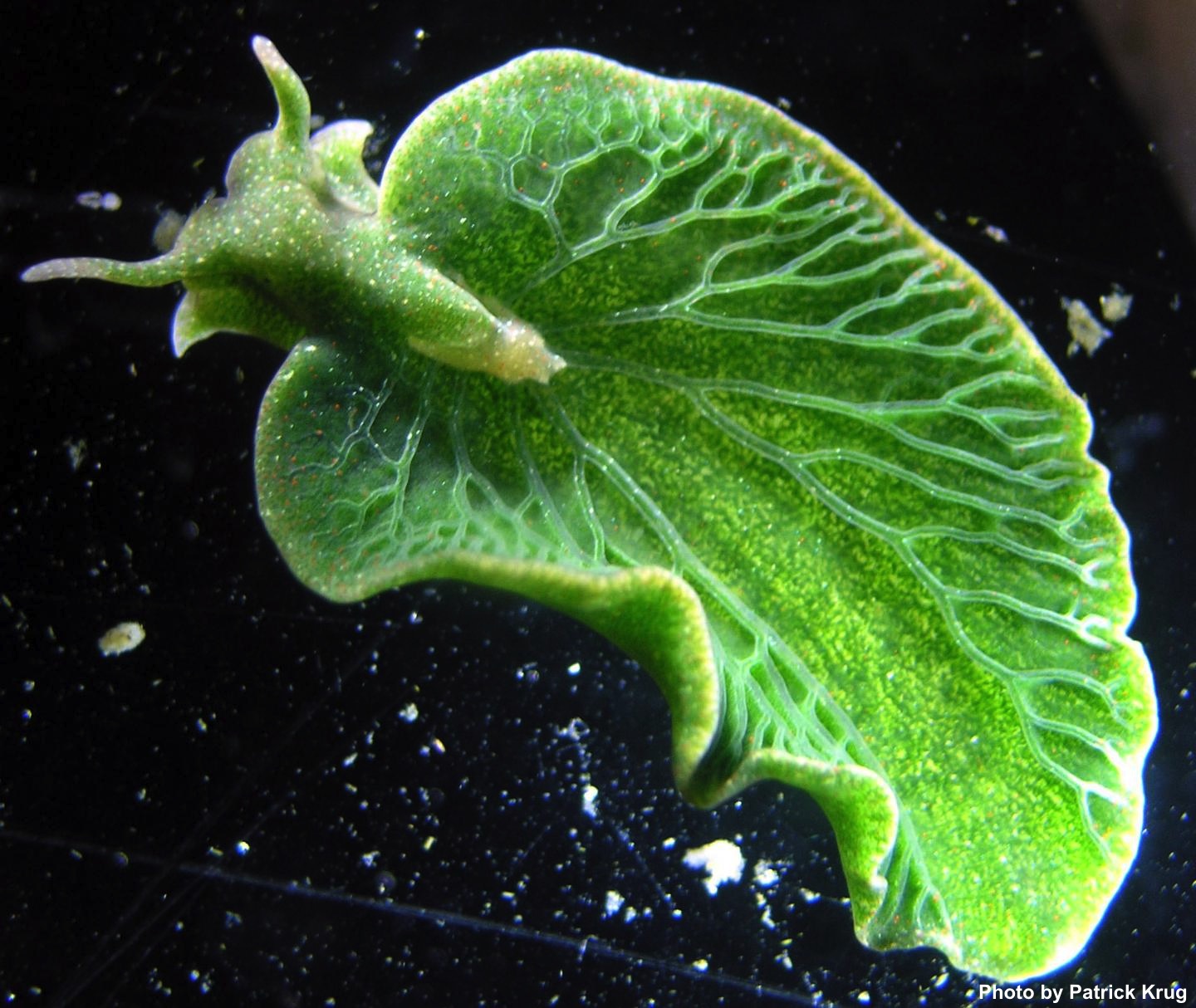 It’s a slug. It’s a plant. It’s…a little bit of both. In honor of International Day for Biological Diversity (today), we wanted to spotlight some science related to this unusual sea slug found in marshes along the eastern coast of the United States. Not only does the eastern emerald elysia sea slug (Elysia chloritica) look leafy green, it is able to perform photosynthesis like a plant, a trait that allows it to survive without eating for up to nine months when times are tough. This remarkable ability was first discovered in the 1970s, but the method behind it has remained a mystery until now. Biologists studying E. chloritica have found the key to harnessing this plant power: the slug takes genes from the algae it eats and incorporates them into its own chromosomes. The researchers’ findings, published in a recent edition of Biological Bulletin, may be able to help humans find treatments for genetic diseases.

The eastern emerald elysia is kleptoplastic, which means it steals chloroplasts (structures used for photosynthesis) from the algae that it eats, and sequesters them in its own body. That the slug steals chloroplasts from its food is well known, but researchers were unable to figure out how the chloroplasts could survive so long outside of the algae. This is where the slug’s chromosomes come into play. Using advanced imaging techniques, the research team confirmed that a gene from Vaucheria litorea, a stringy, yellow-green alga, is found in the slug’s chromosomes. The gene makes an enzyme that repairs damage to chloroplasts and is also used for photosynthesis, allowing the chloroplasts to survive for up to nine months outside the algae.

This discovery marks the first known example of genes being transferred from one species to another while still retaining their ability to function. With further research, scientists may be able to use the sea slug’s ability to help find a way to cure genetic diseases. If they can figure out how the gene transfer occurred, researchers may be able similarly transfer functioning genes from other species to replace those in humans that malfunction. Known as gene therapy, the treatment could theoretically prevent genetic disorders like cystic fibrosis and Tay-Sachs disease. This research shows that even simple sea slugs can be sophisticated genetic engineers that may inspire biomedical breakthroughs.