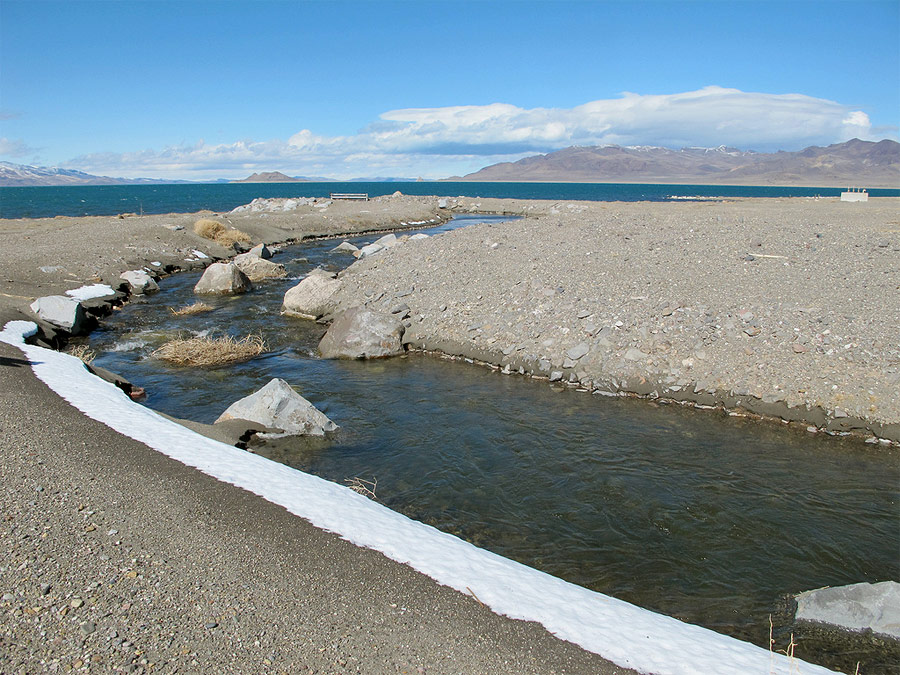 If you follow the Truckee River down through the Nevada desert you will eventually make your way to Pyramid Lake. It’s hard to believe when you are standing on the shore, but this massive body of water has actually been receding for the past century. As the lake shrunk, an erosive cutback bank developed that has impeded the passage of Lahontan Cutthroat Trout (Oncorhynchus clarki henshawi) and the endemic cui-ui lake sucker (Chasmistes cujus). In 1975 the Marble Bluff Fish Passage Facility was constructed three miles upstream of Pyramid Lake to address the passage issues and prevent further erosion. The facility was designed with a fish lock to allow fish access to spawning reaches farther up the Truckee River. 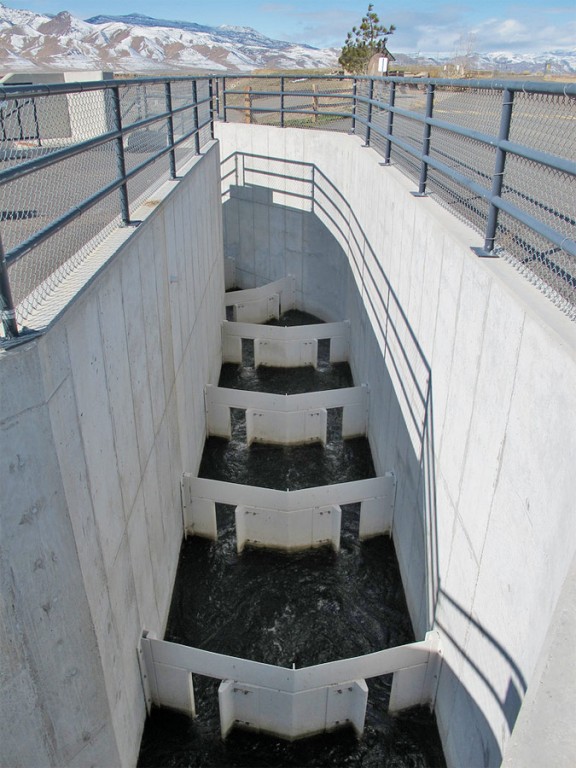 The U.S. Fish and Wildlife Service (USFWS), who operates the facility, currently have four Vaki Riverwatcher scanners mounted in openings of the chevron-shaped baffles of their fish ladder in order to count the spawning runs. We recently provided them with another Riverwatcher for monitoring fish passage through a 3 mile fish bypass channel. The channel is an additional migration corridor that bypasses the fish lock and USFWS researchers are interested in monitoring passage through this alternative route. 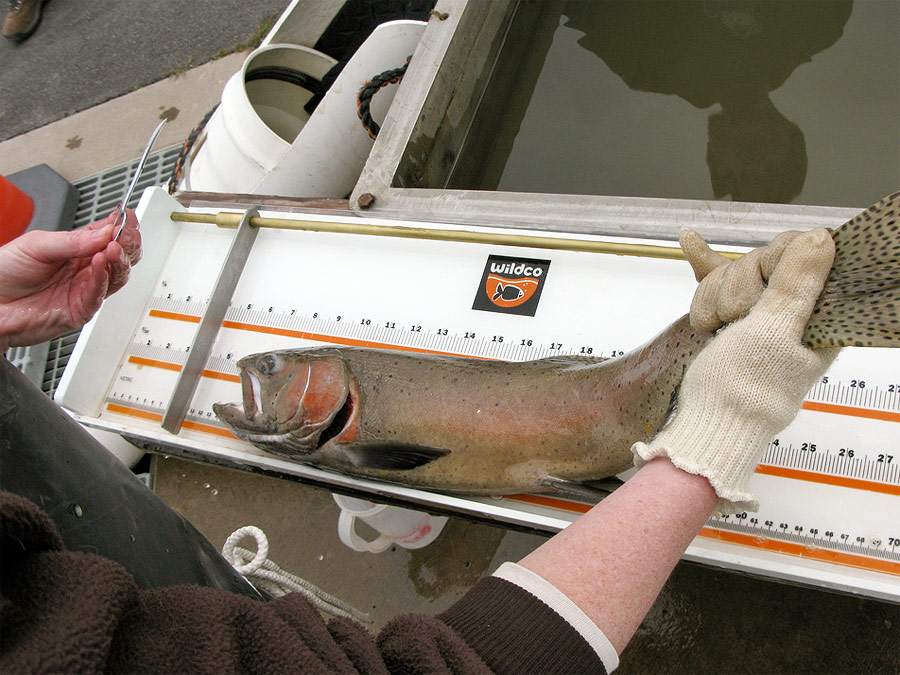 During the peak run of cui-ui, the fish lock at Marble Bluff Fish Passage Facility automatically lifts and releases as many as 2,000 fish every fifteen minutes. On a recent trip, we were fortunate enough to observe the fish lock as a Lahontan Cutthroat Trout was raised, measured, and passed upstream to continue on his journey. This particular fish was small compared to the 41 pound record Lahontan Cutthroat taken out of Pyramid Lake in 1925.