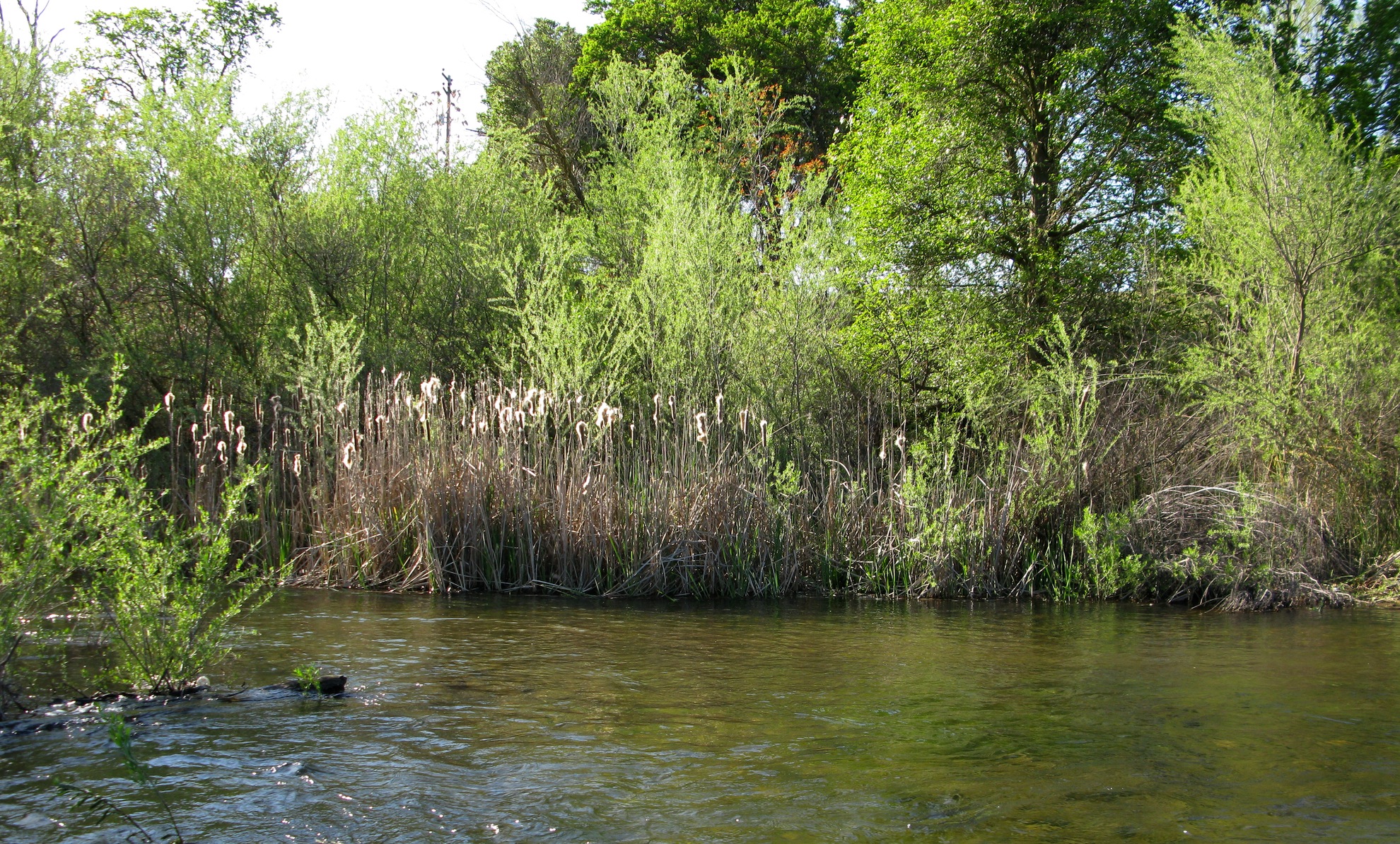 The word “wetland” applies to a variety of different habitats that encompass some combination of land and water. Although there are many definitions, in our work we define wetlands as areas where water saturates the ground long enough throughout the year to favor the growth of plants and animals specialized to live only in that environment. For an area to be considered a wetland, water must be present, either permanently or semi-permanently. But the existence of a wetland also depends on the conditions of the soil: a wetland occurs only if the ground stays saturated long enough for the soils to turn hydric, creating anaerobic (or low-oxygen) conditions (see Playing in the dirt). This favors the growth of plants classified as hydrophytes, like the cattails in the center of this photo, which can tolerate these wet, low-oxygen soils. In fact, if anaerobic conditions persist long enough in an area, most upland plants would not be able to survive at all.

During the early history of the United States, wetlands were viewed as a barrier to the growth and prosperity of the nation. In fact, wetlands were seen as such a nuisance that Congress passed the Swamp Land Act of 1850 to turn over federal ownership of swampland to private parties that agreed to drain the area and convert it to “productive” use. This viewpoint continued until the early twentieth century, when Congress began passing environmental protection laws. While many of these laws made references to wetlands, none specifically addressed their protection until the Clean Water Act of 1972, which drastically amended the Federal Water Pollution Act of 1948. In the Clean Water Act, Congress directed the U.S. Army Corps of Engineers and the U.S. Environmental Protection Agency to regulate the discharge of fill material into the waters of the United States, including the filling of most wetlands.

Today, wetlands are viewed as valuable ecosystems that provide important services to protect the world we live in. Some of the most important wetland functions include flood protection, water quality improvement, ground water recharging, and providing habitat to thousands of species of wildlife and plants. Some wetlands, such as coastal marshes, even protect against hurricanes by absorbing wind energy and waves, thereby weakening the inland impact of the storms (Barbier 2013). Scientists estimated the value of all wetlands worldwide at $33 trillion in 1997, or almost $49 trillion in 2014 dollars (Costanza et al, 1997). Wetlands serve as important stopovers for millions of migrating birds that travel the Pacific Flyway, but the area of these habitats has been drastically reduced due to the current drought. With birds already starting to arrive in California, some fear that these migrators may be one of the drought’s big losers, prompting calls to manage wetlands with particular care.