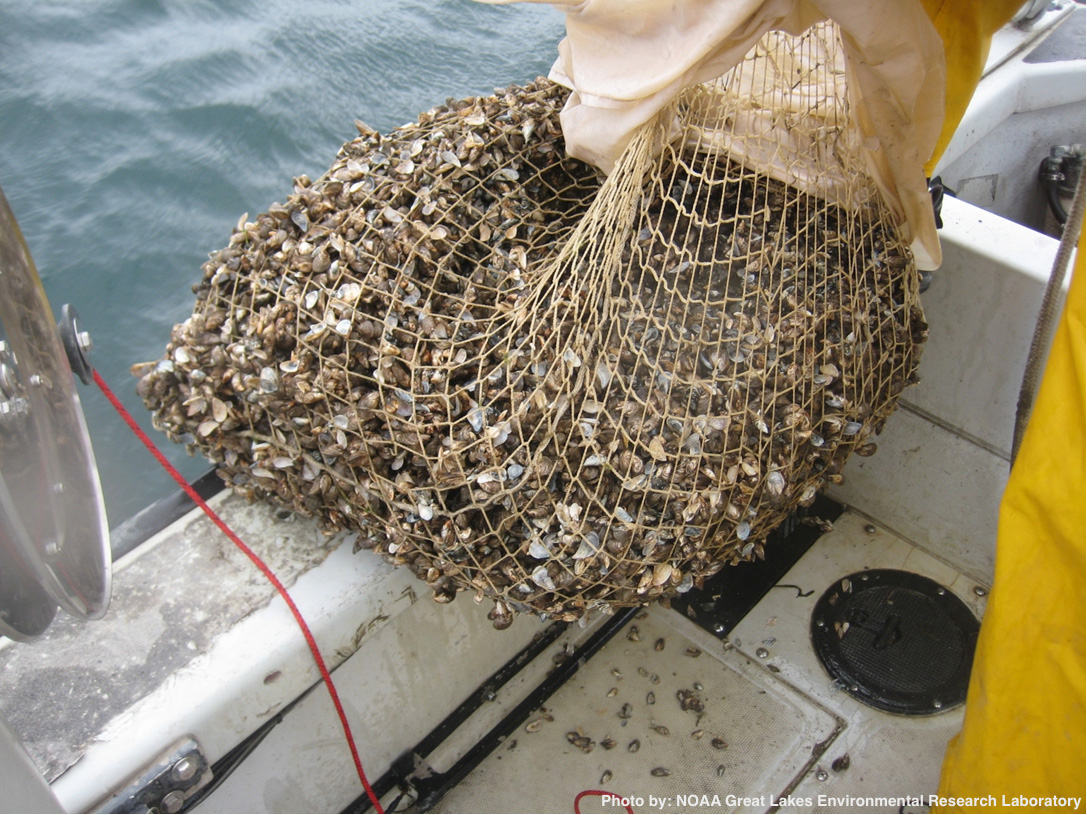 We recently renewed our annual Mussel Fee stickers with our boat registration at FISHBIO, which are required for all freshwater DMV-registered watercraft. However, many boaters still wonder what the stickers are for, and why they were implemented in 2013. Zebra and quagga mussels are invasive species native to Russia and Ukraine that spread primarily by attaching to the hulls of boats or getting caught in bilge water. These species can harm the lakes that they invade by taking over habitats, damaging infrastructure, disrupting water quality, and displacing native species. The two mussels were discovered in the Great Lakes in the 1980s, and quickly colonized other lakes in the eastern United States. By 2007 they began popping up in some lakes in Arizona, California, and Nevada, prompting federal and state agencies to implement strategies to prevent the spread of mussels to other lakes in California. These approaches include increasing vessel inspections at high-risk lakes, public outreach and education, and a mandatory Mussel Fee for all freshwater boats to help pay for these measures. Mussel infestations in California have remained confined to waterbodies in Southern California and San Benito County. It is difficult to determine how much their spread has been successfully restricted by the enforcement measures and laws, but research shows that environmental factors may also limit which waterways mussels are able occupy. 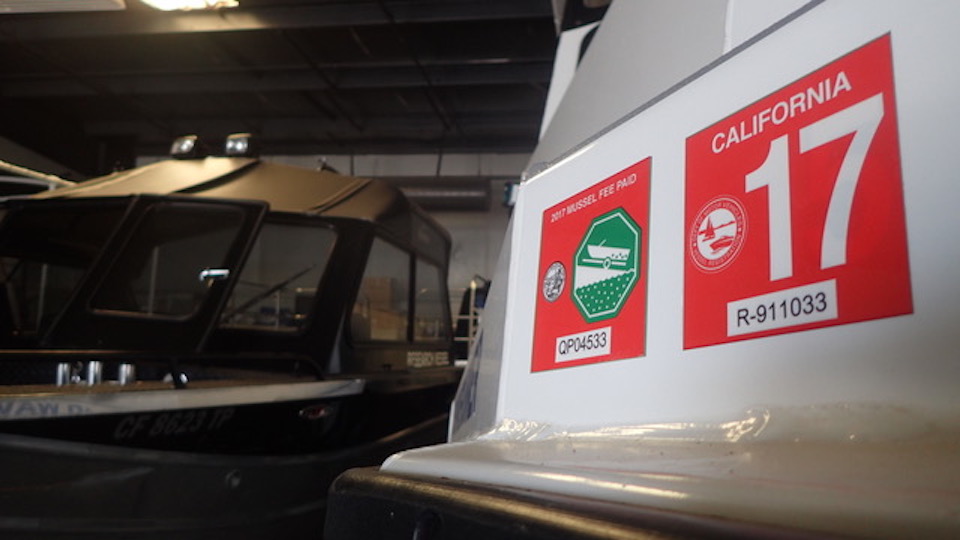 By studying the invasion of mussels across the country, researchers noted that the bivalves only occupy some lakes and not others, even if the lakes seemed similar and close to each other. Scientists could not explain why this was the case, until they looked at what might be inhibiting a mussel’s growth. They found that the level of dissolved calcium in the water may limit a mussels’ ability to inhabit certain lakes. Animals with shells require high levels of calcium to build them, and quagga/zebra mussels need more than most. When the researchers mapped lakes that have high calcium levels and lakes where the invasive mussels are found, they discovered that the majority of them match up (Whittier et al 2008). Such maps can help managers focus on waterways that are at high-risk for mussel invasion to target their prevention efforts. At a recent invasive species symposium, researchers shared that the Sacramento-San Joaquin River Delta is at a high risk for a mussel invasion based on its calcium levels. Considering that invasive mussels could cause billions of dollars of damage if they turn up in the Delta, let’s hope we can keep this mollusc menace at bay.