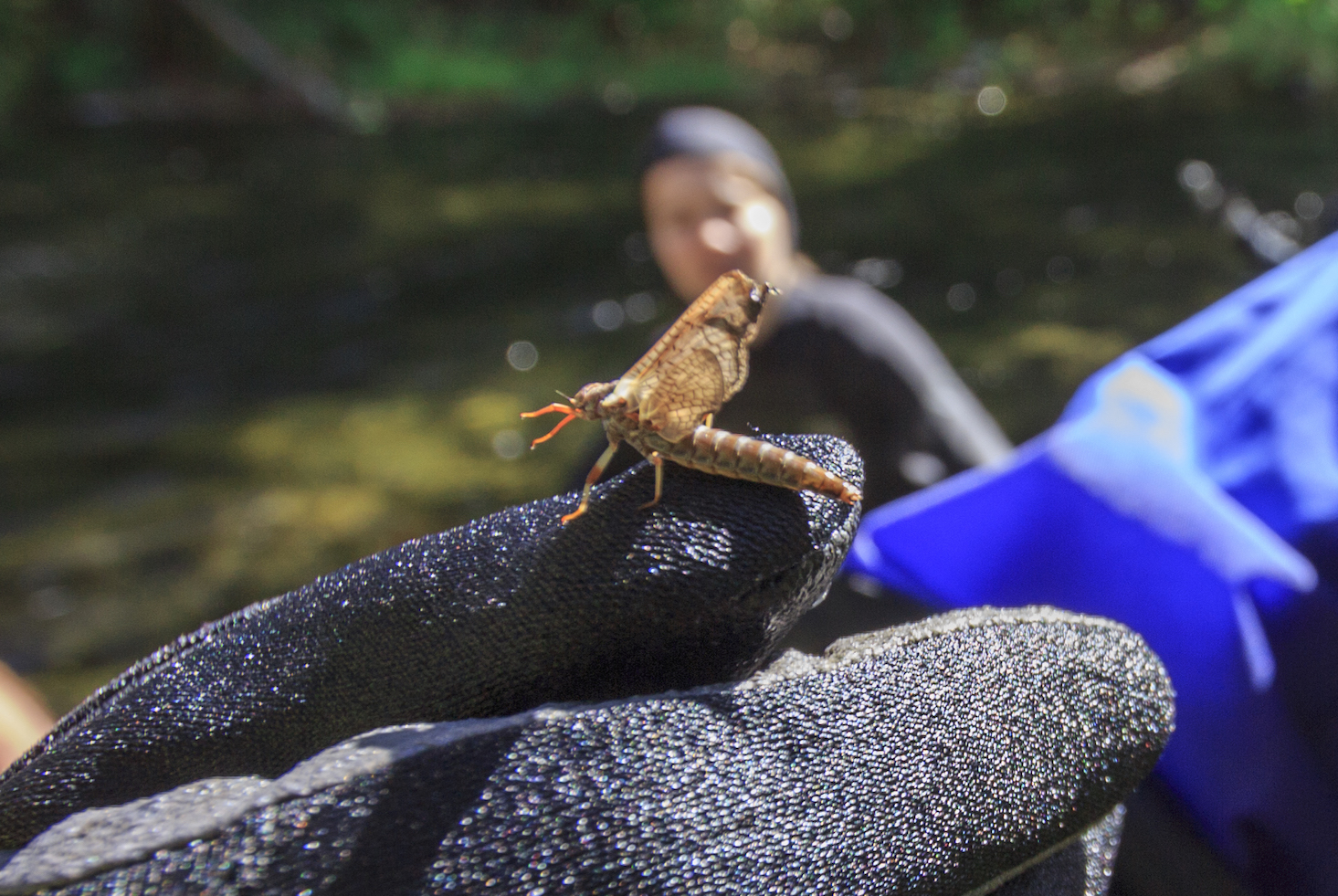 Most insects that begin life underwater enjoy only a fleeting adult existence. A mature dragonfly’s seven-month lifespan would seem like an eternity to the stoneflies and caddisflies, who only last a few days to weeks. But it’s the mayfly that truly has the briefest stint of maturity, sometimes emerging from a stream, sprouting wings, mating, and dying all in a single day. In fact, it’s this short adulthood that earned the mayfly Order the name Ephemeroptera, a combination of the Greek words for “day-long” and “wing.” Although their time as adults is ephemeral, mayflies spend anywhere from about one month up to four years as aquatic “naiads,” depending on the species. As juveniles, most mayflies live a vegetarian lifestyle, scrounging the streambed for algae and other aquatic plants. Many species cling to the underside of rocks, but some are free swimming, and still others excavate burrows in the sand or mud. Mayfly naiads are adapted to unpolluted habitats with flowing water, and as such many species have suffered from human-driven changes to the landscape. Because of their importance in the food web, mayfly declines are a serious concern for aquatic ecosystems.

Long-term studies on mayfly diversity and distribution are few and far between, as is the case for many Orders of aquatic insects. The lack of basic knowledge makes it difficult to draw concrete conclusions about the global status of Ephemeroptera, but the few studies that have been conducted paint a concerning picture. For example, a study of mayflies throughout the Czech Republic discovered a 43% overall decline in local mayfly species. Of the 107 species found in the country, this decline resulted in four species going extinct, seven becoming critically endangered, another seven becoming endangered, and 16 becoming vulnerable. In a separate study in the same region, comparisons of local mayfly populations in 60 streams between 1955 and 2011 revealed a shift from specialist species to more silt- and pollutant-tolerant generalist species. A dearth of long-term studies makes it difficult to determine whether similar trends are occurring in other countries and on other continents. In the United States, for example, a few studies have assessed the diversity of mayflies and found that four species have gone extinct, but there is a general lack of information regarding species distribution and species status. 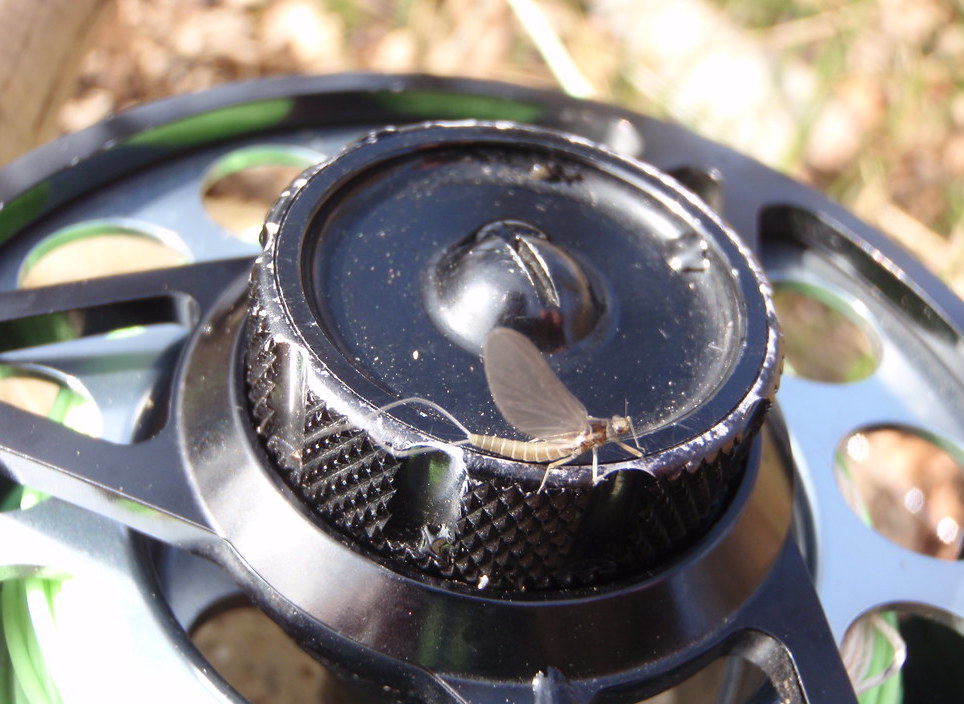 Mayflies are the bread and butter for numerous other aquatic animals, and yet scientists know very little about how they are faring in the face of human development and a changing climate. Much like their insect brethren belonging to Orders Odonata, Plecoptera, and Trichoptera, mayflies have been shown to be vulnerable to insecticide pollution, and many species can only exist in streams with low turbidity. This makes them susceptible to changes associated with agricultural and urban development. However, there is some cause for hope, as research has indicated that mayfly biodiversity in some streams and rivers has increased slightly following reductions in water pollution. Though these findings are promising, there is still a need for basic studies on this Order of evanescent insects, as there are likely still numerous Ephemeropteran species that have yet to be described. Only through a better understanding of species diversity and long-term population trends will it be possible to conserve these important players in freshwater ecosystems around the world.

This is the final installment of a blog series based on a recent study that compiled long-term insect surveys from the past 40 years and revealed a staggering worldwide decline in insect species (Sánchez-Bayo and Wyckhuys 2019). Among the most affected insects are those that spend a portion of their life cycle in freshwater systems, namely Odonata (dragon and damselflies), Plecoptera (stoneflies), Trichoptera (caddisflies), and Ephemeroptera (mayflies). We hope this series has helped highlight the importance of these imperiled insects in freshwater environments, why they are disappearing, and why their decline is cause for concern.