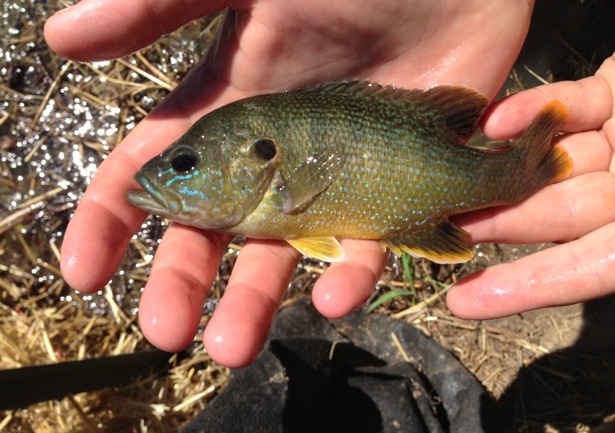 Each time we work on waterways in California’s Central Valley, we repeatedly come across a sobering fact: non-native fishes overwhelmingly dominate the fisheries we monitor. In a recent fish monitoring effort on an ephemeral stream, we encountered more than 3,300 fish over an area that measured only 572 meters — but of these, only three individuals were native fishes. We identified 16 total species, 15 of which were non-native. While some non-native fishes enter California waterways after being one-time aquarium pets (see Don’t dump that fish), many of the alien species we encountered were intentionally introduced to California.

For example, the green sunfish (Lepomis cyanellus), pictured above, and the more prevalent bluegill sunfish (Lepomis macrochirus), which are native to eastern and southern North America, were introduced to California as early as 1895. These fishes were released into waterways as a food source for the non-native black bass (smallmouth and largemouth bass) that were being stocked as game fishes. While the black bass and sunfish were introduced intentionally, some of the other species we encountered simply tagged along during stocking programs (see Awkward introduction). Not only do non-native, introduced species like the aggressive bluegill overwhelm and outcompete native species like the Sacramento perch (Archoplites interruptus), they are also often thought to contribute to the decline of native frogs and salamanders in California. 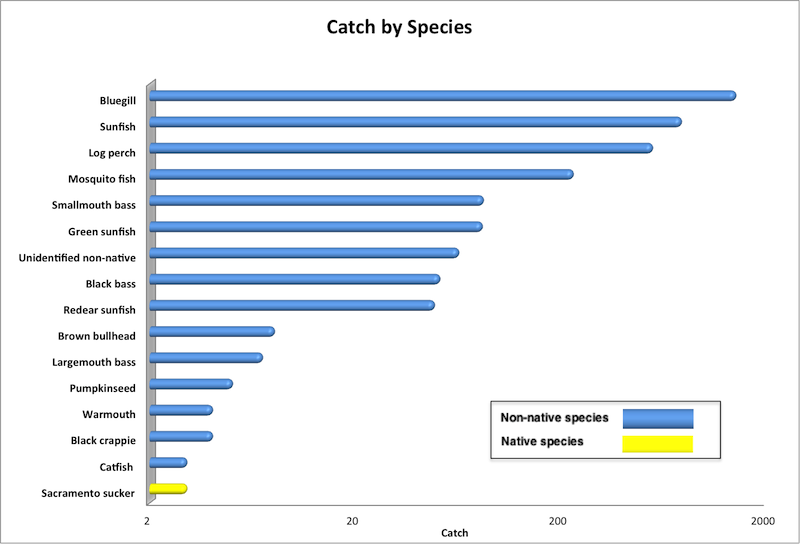