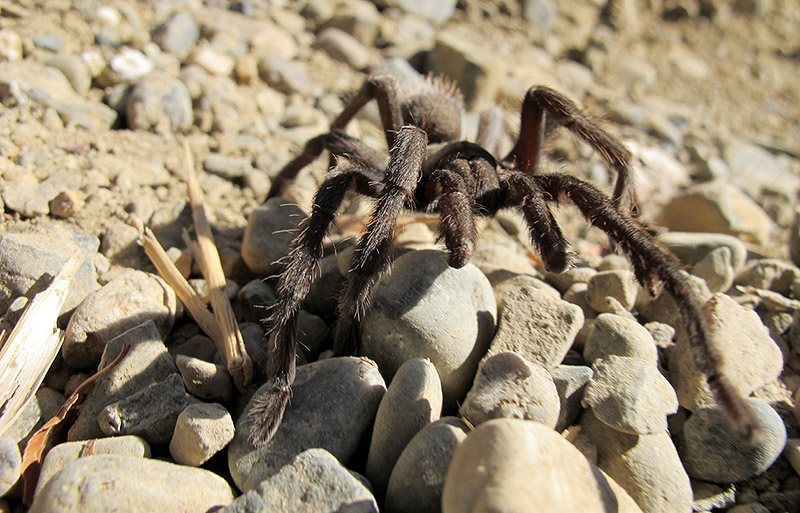 If you spend time outdoors in the Sierra Nevada foothills during the fall, chances are you may stumble across male tarantulas wandering in search of a mate. California tarantulas are typically shy arachnids, spending most of their lives solitary in underground burrows. Male tarantulas mature after 7 years and emerge from their burrows in the fall to mate. Unfortunately for males, after mating they are either killed by the female or die naturally within a couple of months. Females, on the contrary, can live for 20-25 years. After mating the female will lay eggs in a silk cocoon in her burrow and guard the eggs until they hatch in six to seven weeks. Approximately a week after hatching, the young will disperse in search of their own burrow.