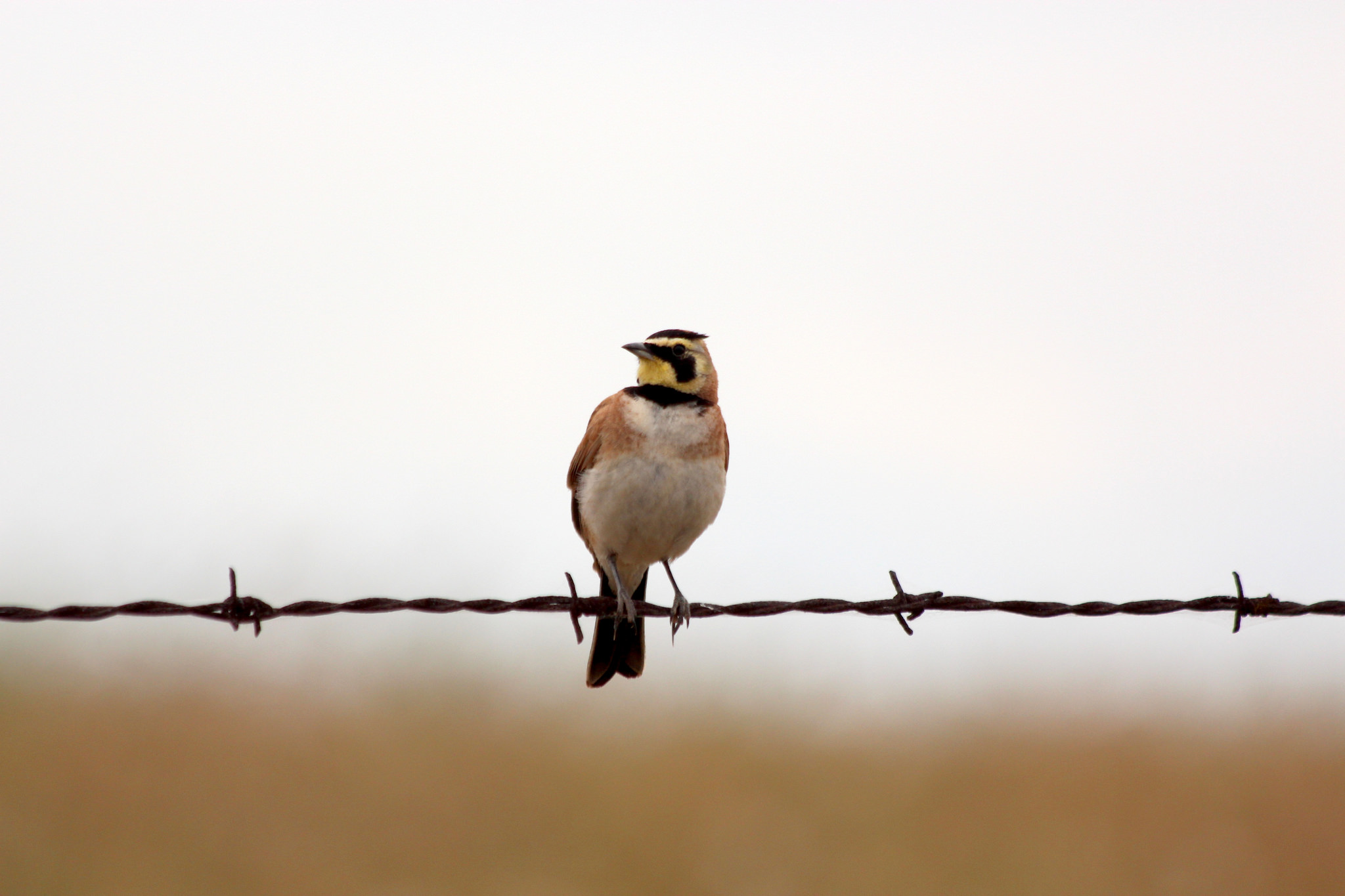 Sometimes you might see a songbird where you least expect it. Unlike many bird species, the Horned Lark is most comfortable in open fields such as shortgrass prairies, or even large lawns in developed areas. They avoid habitats with trees and shrubs that most birds would prefer, and instead rely on their coloration for protection. Although Horned Larks can be rather inconspicuous at times, their bright yellow faces and black “masks” help to distinguish them from soil or grass. They also have little black “horn” feathers on the tops of their heads, but these may be hard to see at times.

The Horned Lark is now known under the scientific name Eremophila alpestris, but was originally included in the genus Alauda and called “lark of the mountains.” It is also the only species in the family Alaudidae that is native to North America. In the early spring nesting season,  males can be heard making a characteristic “tinkling” song along with their airborne courtship displays. The Horned Lark diet consists primarily of insects and small seeds, although they sometimes eat low-lying berries or even snails.

Fortunately, Horned Lark populations appear stable throughout most of North America. This is probably due to the birds’ ability to take advantage of disturbed open fields, especially when livestock grazing is present. However, the Streaked Horn Lark subspecies in Washington has experienced a sharp decline in recent years. Urbanization, exotic plant introductions, and conversion of prairie to cropland are probably contributing factors. While open fields may not seem special to most people, it’s important to keep in mind they provide habitat for unique creatures like the Horned Lark. Protecting these areas from urbanization and industrial agriculture will help a variety of species, while maintaining ecosystem services that benefit human communities as well.