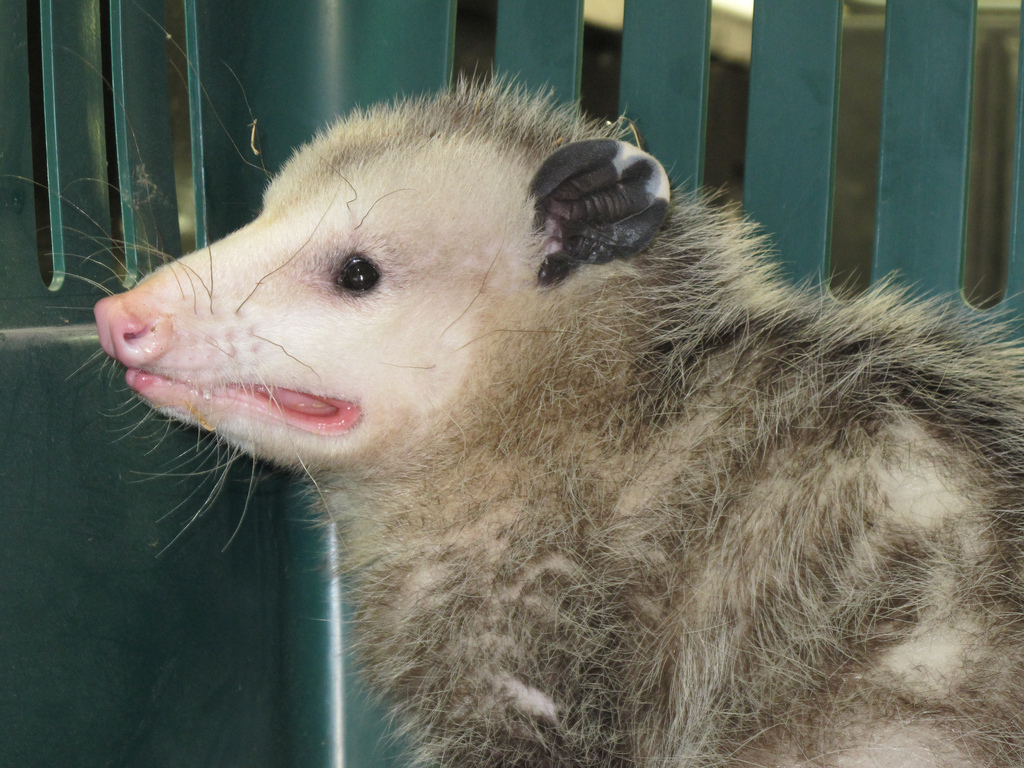 For centuries, books, movies, and many Tennessee menu items have featured the colloquial word “possum” as the name of North America’s only living marsupial. However, the true common name for Didelphis virginiana is “opossum,” which was adapted from the Algonquin Native American word apasum meaning “white face.” “Possum” actually refers to the Australian marsupials of the suborder of phalangeriformes, which bear very little resemblance to their North American namesake.

Opossum are unique and adaptable native inhabitants to North America. Originally centered in the southeastern part of the United States and Central America, opossum have spread to make homes in most parts of the U.S, including an introduction to California. An abdominal pouch for carrying young distinguishes opossums as marsupials, and adults are typically the size of a house cat with a grayish fur coat, a pointed white face, and a hairless prehensile tail.  Opossums also have opposable thumbs on their rear paws, making them well adapted for climbing and grasping items with any of their appendages.

Though some may think of opossums as nomadic, they actually have an elaborate and flexible social system, which allows for overlapping territories and the use of multiple dens. Opossums also have a very high resistance to rabies and snake venom, and can be formidable predators. As nocturnal omnivores, opossums feed on anything they can find, including fruits, vegetables, nuts, insects, snakes, birds, frogs, rats, a variety of eggs, and even carrion. Opossums have a keen sense of smell and often wander through human inhabited areas. The individual pictured here had made its way into our locked chicken coop, trying to sneak a snack. 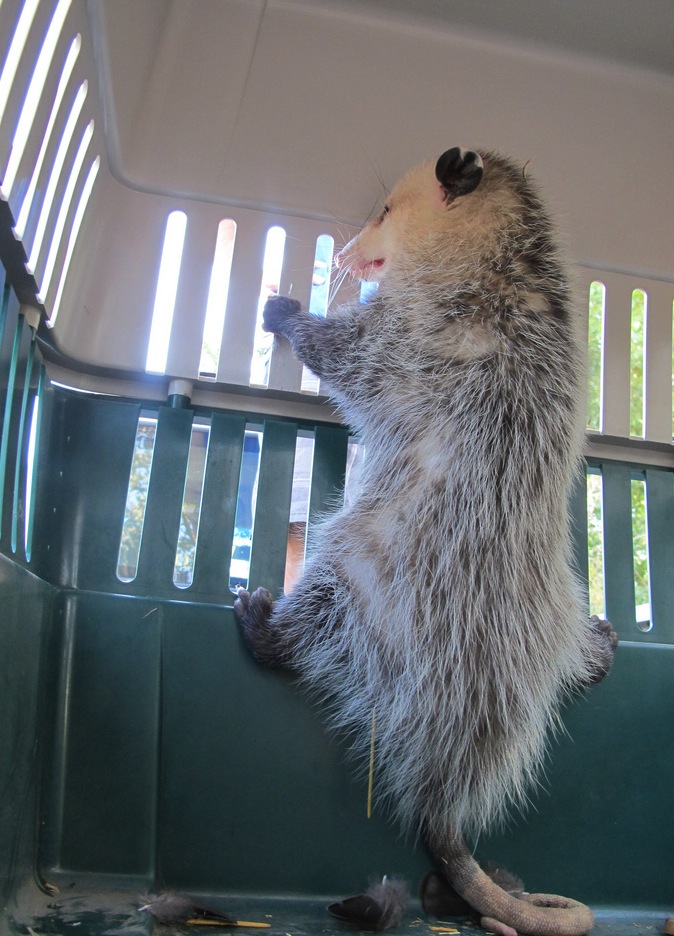 While some animals are known for their pretty colors or majestic nature, the opossum’s claim to fame is passing out and feigning death – i.e., “playing possum.” The opossum is a slow runner and may have trouble escaping threats. So rather than run, a threatened opossum will initially resort to standing its ground and growling or hissing while baring its teeth. If this method doesn’t work, the opossum will likely resort to feigning its own death by passing out, going stiff, sticking out its tongue, drooling profusely, foaming at the mouth, excreting feces and urine, and expelling a strong smelling greenish fluid from its anal glands. This elaborate defense mechanism has proven to be a highly effective method in deterring threats, causing many predators to view the opossum as spoiled meat. Luckily for us, the opossum we found was quite ready to leave our chicken coop and move on without dramatics.