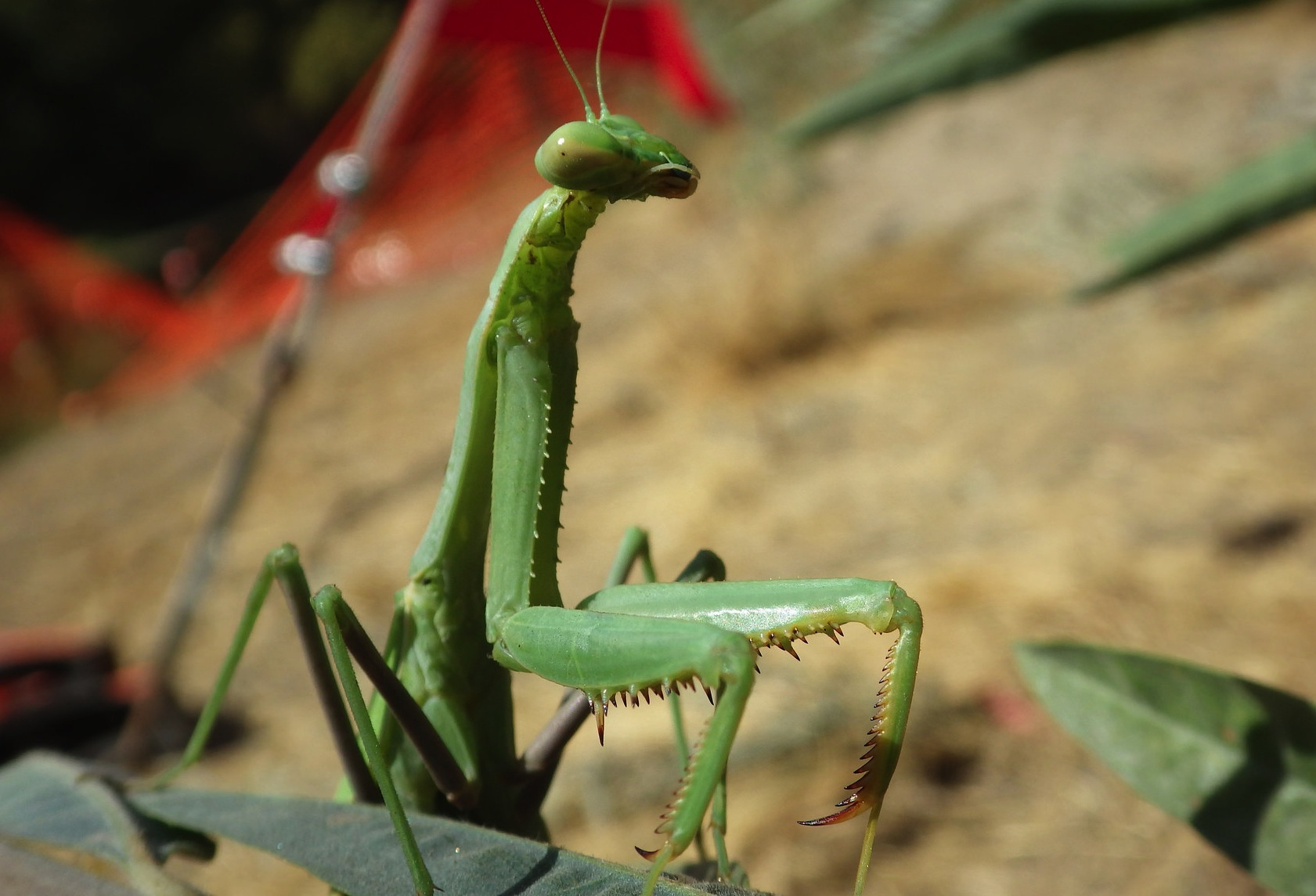 Have you ever had that feeling like you were being watched? Recently, on one of our daily weir checks, two of our field technicians had the sneaking suspicion that they were being spied on by a secretive supervisor. They were relieved to find it was only a praying mantis taking in the afternoon sun. One of the technicians showed enough patience to snap a few quick close-ups of their quiet observer, and get a little practice with macro-photography.

A common sight in many gardens, the European mantis (Mantis religiosa) is believed to have been introduced to the eastern United States in 1899. We were surprised to learn the praying mantis holds the title of Connecticut’s state insect. Although some may confuse the name “praying” with “preying” due to the insect’s predatory nature, the praying mantis received its common nomenclature due to the position of the forelegs resembling hands folded in prayer. The praying mantis is an efficient predator of many varieties of insects: so much so, that if solitary mantids happen upon each other, they are commonly known to practice cannibalism.

The most famous example of these cannibalistic acts comes from the observed behavior of females devouring the heads of their male companions after mating. Following the grisly mating process, the female will deposit between 10 and 400 fertilized eggs into individual compartments in an egg case known as an ootheca. Gestation typically takes close to a month before the nymphs finally emerge and begin their life cycle. Let’s hope that this particular mantid’s prayers for stardom have now been answered.