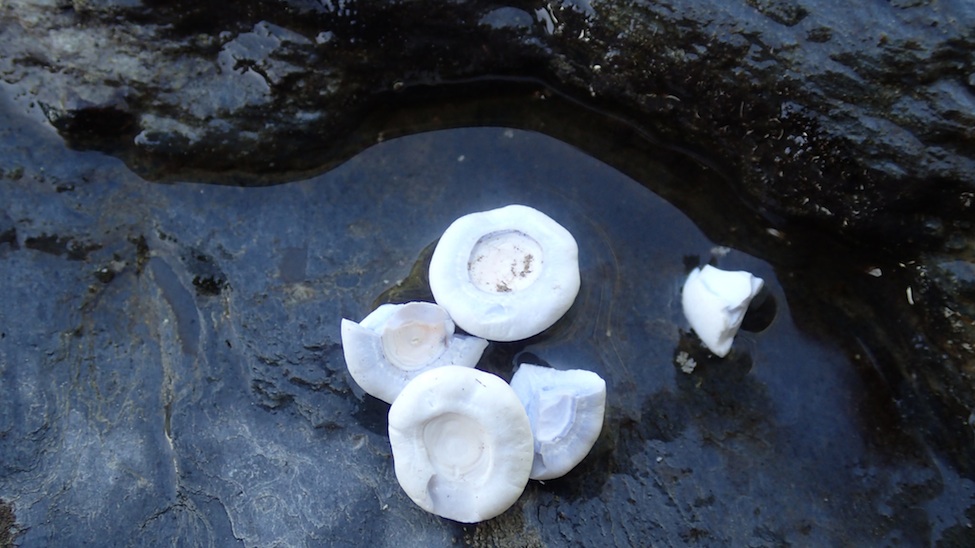 If you spend time exploring outside, you may have stumbled across an unfamiliar object that made you ask “What is that?” Here at FISHBIO, we occasionally come across some puzzling items while out in nature that have us scratching our heads. On a recent river survey, one of our curious technicians spotted something that seemed out of place in a calm stream channel. The unusual objects resembled rounded pieces of gravel, but were strikingly white, had a shell-like appearance, and rested upon a rock just breaking the waters’ surface. After snapping some pictures and consulting our colleagues, we were able to identify our mystery find.

What appeared to be white gravel or rounded shells were actually items called gastroliths that once resided in the stomach walls of a freshwater crayfish! A gastrolith is a structure composed primarily of calcium carbonate, and crayfish hang on to them for when they need a quick dose of calcium. California is home to several species of crayfish, but only one of them is native – the endangered Shasta crayfish (Pacifastacus fortis). Regardless of where they came from, all crayfish have one thing in common: they molt, or shed their exoskeleton, also called cuticle, to make room for a larger and stronger one (Luquet 2013). Crayfish go through several rounds of this complex molting cycle during their lifetimes, and the finished product, if not adequate, can make a crayfish more vulnerable to predation. That’s where the gastroliths come in. 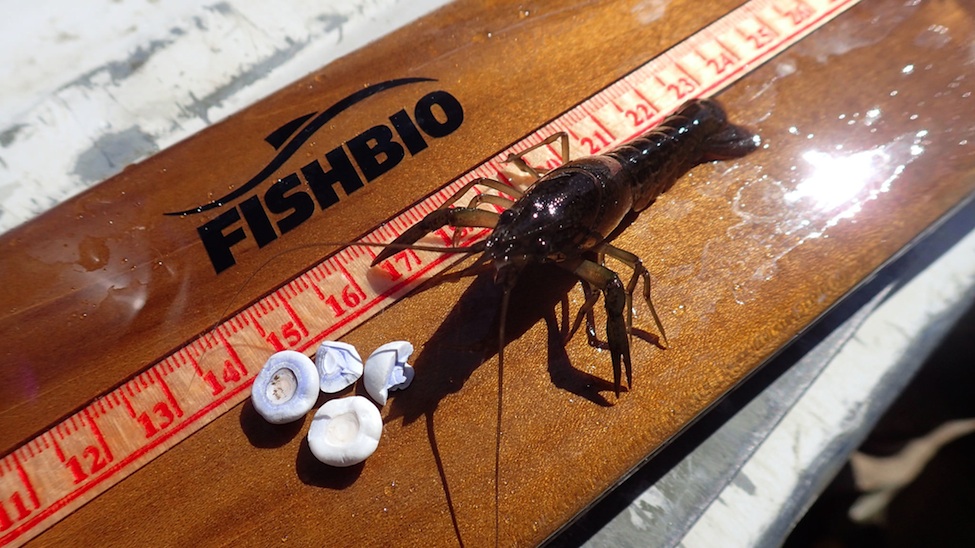