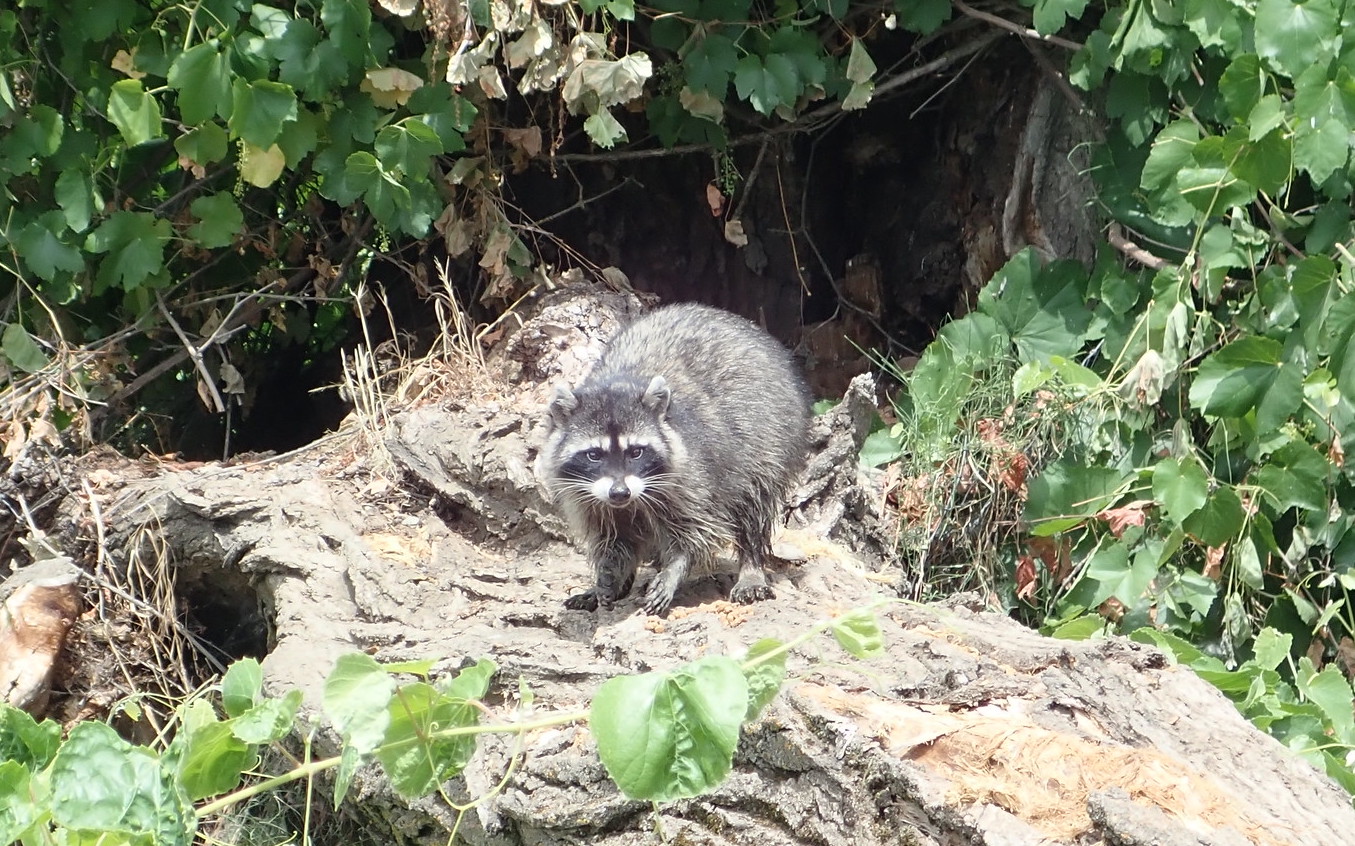 As the notorious nocturnal bandits of the animal kingdom, raccoons are famous for the mask shaped markings on their faces. These cuddly looking creatures can actually be quite aggressive when provoked, and can carry rabies, so it’s better to keep your distance if you spot one. Raccoons have grayish-brown fur over most of their bodies as well as a bushy tail covered in dark rings. In the wild, they live for about 5 years on average, but this can vary based on their habitat. Female raccoons typically birth one litter each year that generally has 3 to 7 kits.

These adaptable mammals live just about anywhere they can find shelter and food. While racoons are a common sight in urban areas, such as raiding trash cans, their natural habitats include forests, grasslands and even certain wetlands. During wintertime, they hunker down in their dens after building up some storage of body fat. While the common species Procyon lotor is native to North America, two other species can be found in more tropical areas.

Raccoons are omnivores and extremely capable scavengers. One of the reasons they are so successful in cities is their ability to snatch food with their dexterous hands. These allow them to open trash cans and grab food that other animals aren’t able to access. While they’re well known for feeding out of dumpsters and scavenging scraps, in more natural areas raccoons typically eat aquatic animals, nuts, insects, eggs, fruit and some small mammals. Raccoons also have a habit of washing their hands and food in water before eating, which is believed to help them understand their meal better through feel. These critters have an increasing population trend as evaluated by the IUCN Red List, and notably, they are now more prevalent in cities than in their natural habitat. This is partially due to their extreme adaptability to coexist with humans. It’s always important to treat wildlife with respect and caution – even though racoons are capable city slickers, at their core they are still wild animals.