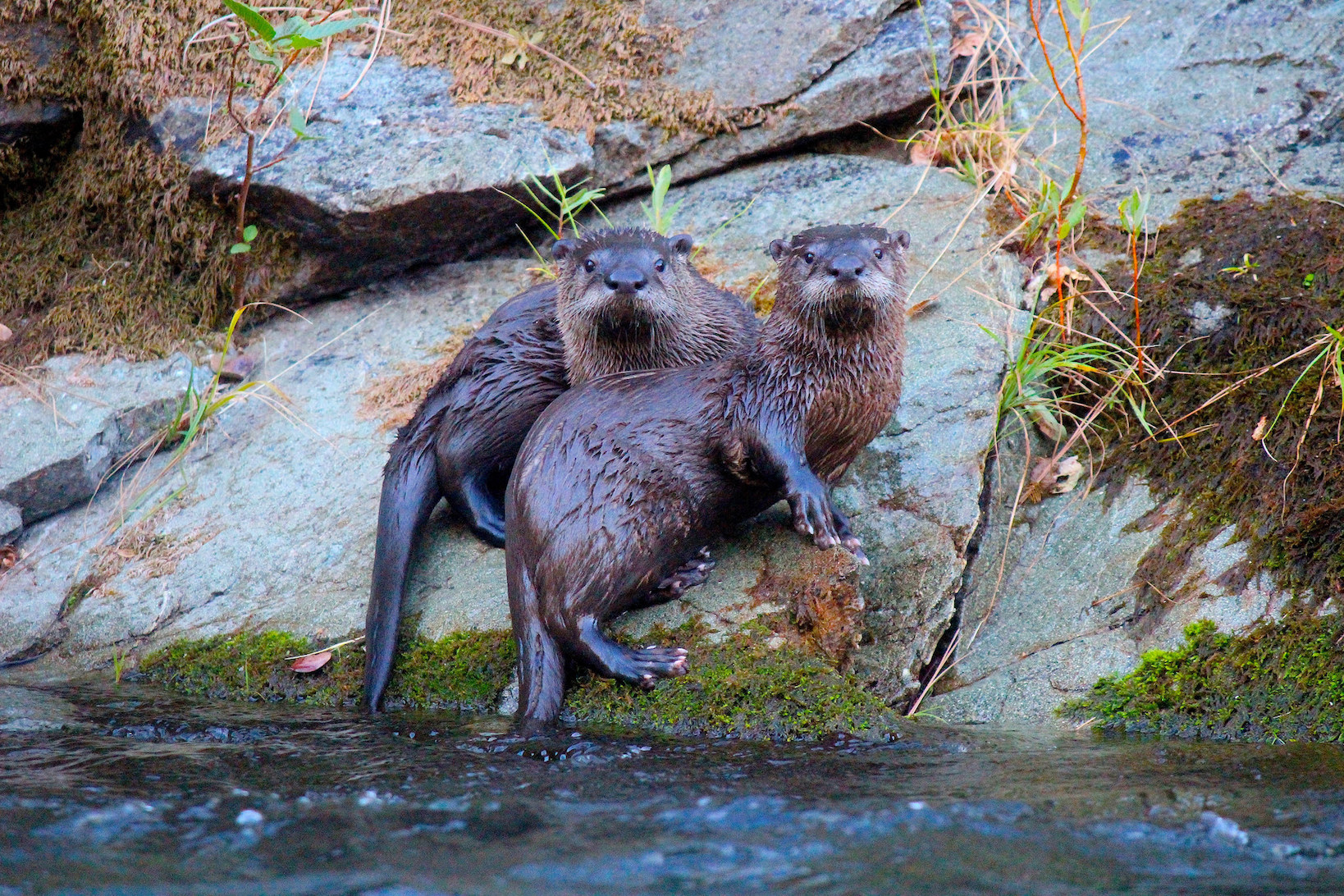 In today’s Flashback Friday we take a break from the fish to talk about some charismatic megafauna.

River otters really seem to know how to have fun. These sleek mammals are often in motion, whether slipping and sliding down a river bank, deftly gliding through the water, or romping on land. California is home to the North American river otter (Lontra canadensis), which inhabits both freshwater and coastal marine habitats. Like their much larger cousins the sea otters, river otters are driven by a need to feed, constantly striving to consume enough calories to stay warm in the chilly water. Their meals can be varied, ranging from fish, crabs, frogs, and crayfish, to birds, insects, and rodents. These members of the weasel family split their time between land and water, where they can both swim and run quite quickly, and sleep in underground burrows. River otters breed from winter to early spring, with pups typically born about one year later in March or April. Like a few other mammals, river otters delay implantation of their embryos after fertilization and have one of the longest delay periods, between nine and 11 months! Their actual gestation is only about 60 days.  Adults weigh between 10 and 30 pounds, and measure between 2.5 and 5 feet in length – although more than a third of their body length is made up of their tail.

Like sea otters, river otters were hunted for their fur in California until 1961. Despite the end of hunting, otters all but disappeared from the San Francisco Bay Area and southward, and polluted waters were thought to share in the blame. However, in the last decade, river otters have made a celebrated rebound, particularly in the North Bay, and have been spotted everywhere from Napa to San Jose. That they returned of their own accord without any reintroduction is a likely sign that restoration efforts have improved the health of creeks and streams. The Sacramento-San Joaquin River Delta is considered a hub for river otters, and we are fortunate to occasionally spot these playful mammals when in the field. Sometimes we also record video of a river otter jetting through one of our weirs. No population studies are currently conducted for river otters because they are not threatened or endangered, so the size and distribution of the population are relatively unknown (Le Doux-Bloom 2015). However, not knowing how many otters there are makes it difficult to manage them. Local citizen science efforts like the River Otter Ecology Project are stepping up to fill in the gaps about river otter range and population trends. They even have an “Otter Spotter” initiative to track sightings in the Bay Area – if you’ve spotted an otter, you can report it online here. 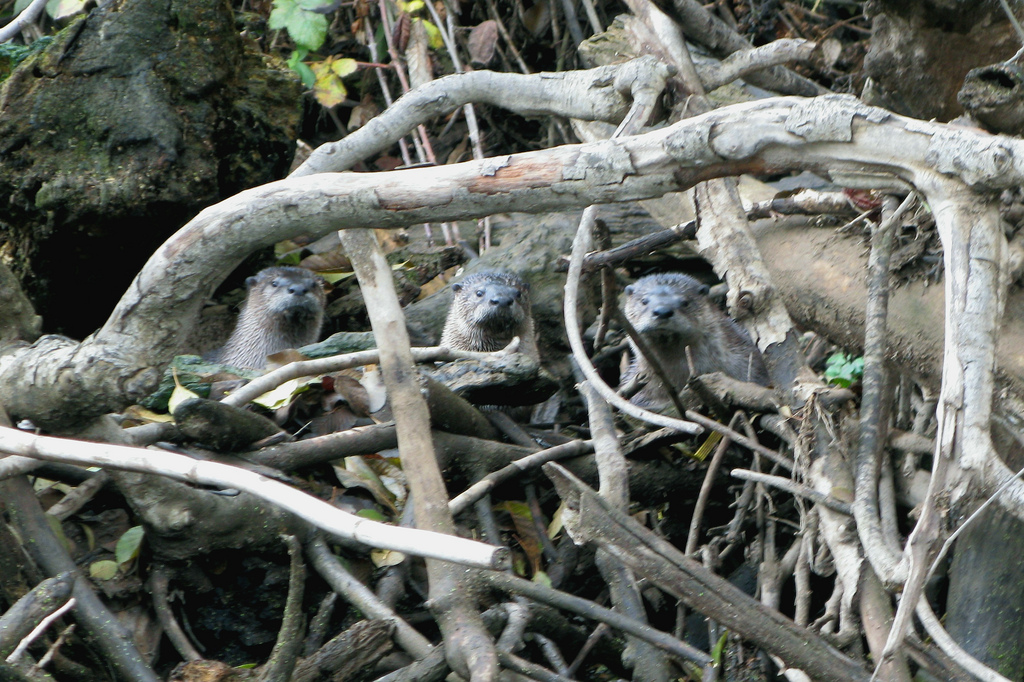