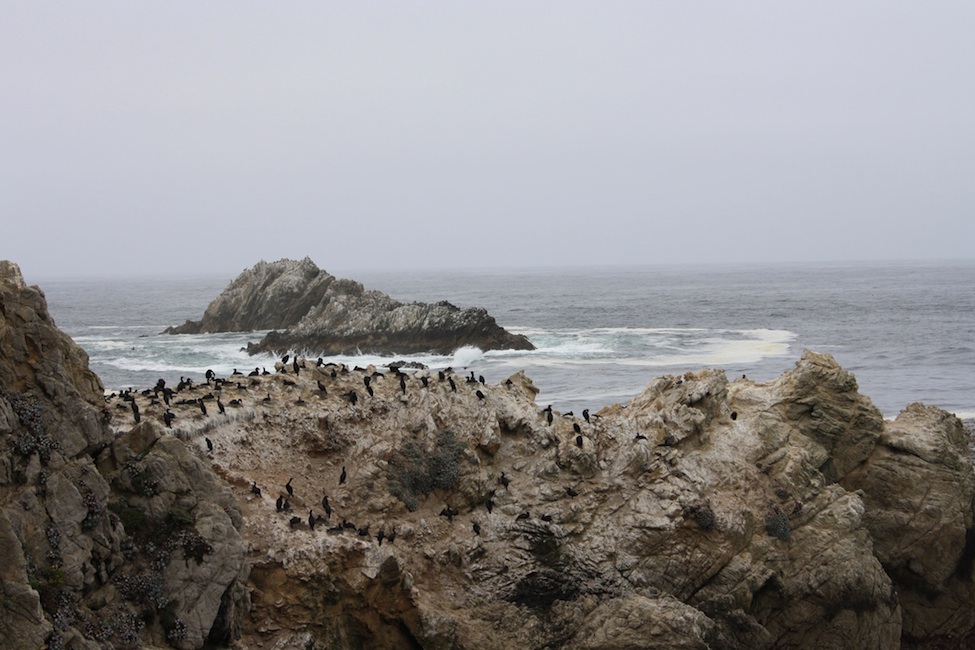 We return to the Point Lobos State Natural Reserve to commemorate this year’s recent Great Backyard Bird Count, a citizen-scientist effort that asks participants to take at least 15 minutes to document bird sightings in their own backyard, or anywhere else they’d like to spend time. In addition to a wide variety of marine-life, including harbor seals, a substantial bird population can be found within the reserve. Birders have catalogued over 160 different avian species along the shoreline and within the park. While birds can be observed all over the park, the most impressive viewing is at Bird Island, which lies at the end of a trail near China Cove. The island provides a nesting ground for a variety of shorebirds, but tends to be dominated by cormorants.

While the reserve boasts several species of cormorants, the Brandt’s Cormorant (Phalacrocorax penicillatus) are more commonly observed among the rocky shores of the coastline found in the park. The Brandt’s Cormorant features dull black feathers over the majority of its body, reminiscent of a crow or raven. The word cormorant is even derived from the Latin corvus marinus, meaning sea raven. Other identifying features include: slender white plumes near the face and along the back, blue eyes, and a bright blue throat pouch bordered with a yellowish coloration leading into the neck. This bird’s morphology shows many of the evolutionary traits that make seabirds so well adapted to their environment. 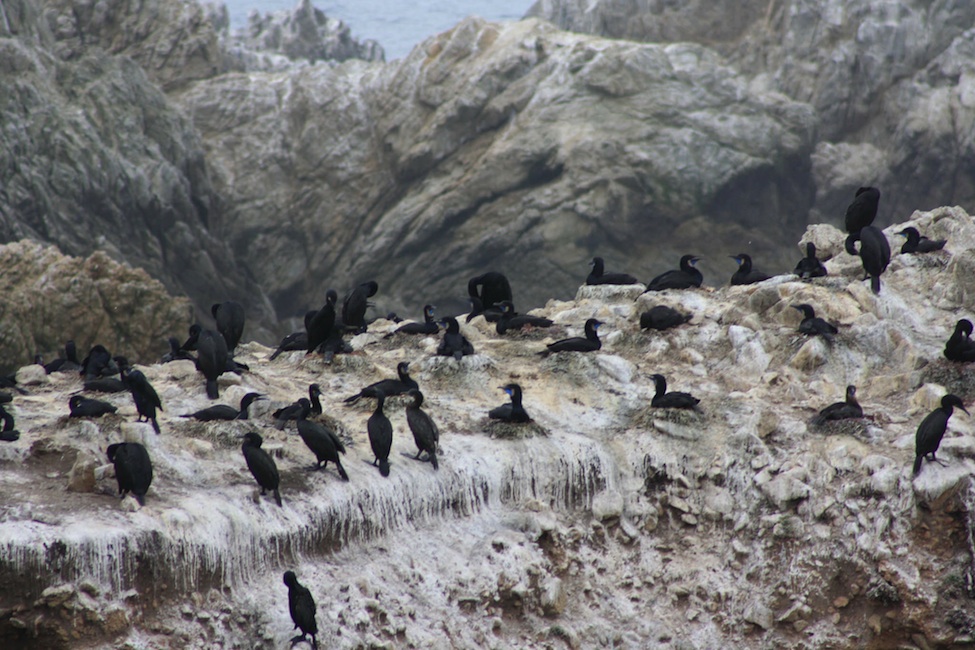 Cormorant feathers differ from others in that they are not as water resistant as other similar seabirds. The individual feathers have large gaps that allow them to trap water between them, which helps to suppress the birds’ buoyancy and allows them to dive to deeper distances. However, the plumage’s relative lack of water resistance leads to a unique sunning behavior, in which the cormorants spread their wings out to dry and help regulate their body temperature after diving in cold water. With the help of their fully webbed feet, this species is a more than capable swimmer, and can dive to distances as deep as 150 feet below the water’s surface. Their bill is hooked and has serrated edges, which allows the cormorants to grip fish while pursuing them underwater. 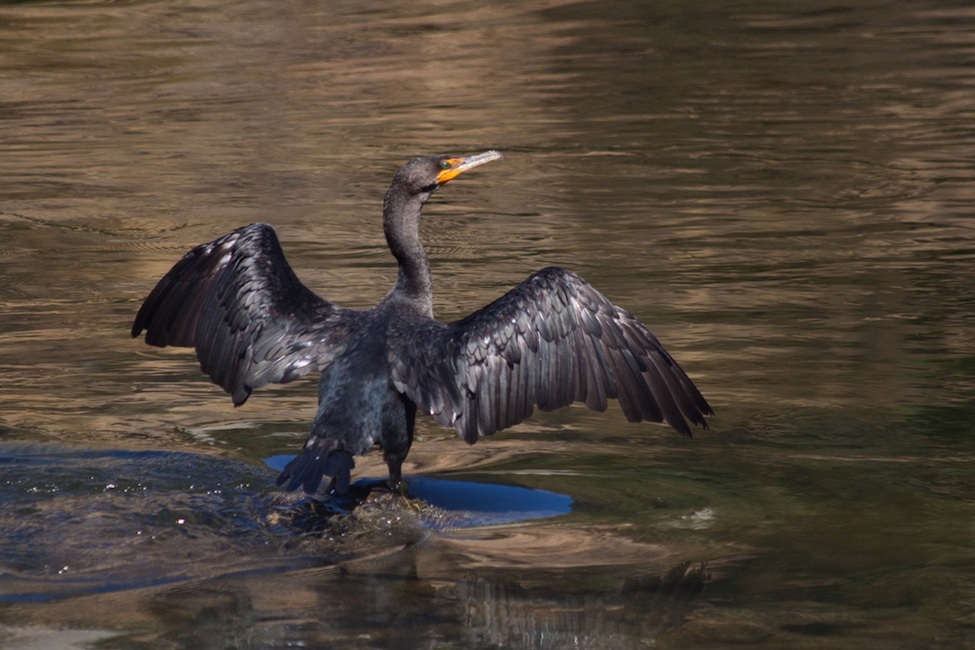 Seabirds are generally well known for nesting in large, mixed populations, and the avian inhabitants of Bird Island are no exception. The island boasts several additional species of cormorants (Pelagic and Double-Crested) and gulls (Western and Hermann’s) in the colonies found among its rocky shores. With so many different species, one would expect a veritable cacophony to arise from the nesting grounds. However, when groups of Brandt’s cormorants dominate the island during their breeding season, the island becomes quite tranquil, as they are known to be the least vocal of all the North American species. This characteristic makes Bird Island a destination for many birders to return to as they enjoy the sights among the sound of the crashing waves and the fresh sea air. With the wide variety of wildlife present, the island would make an ideal location for its own bird count.