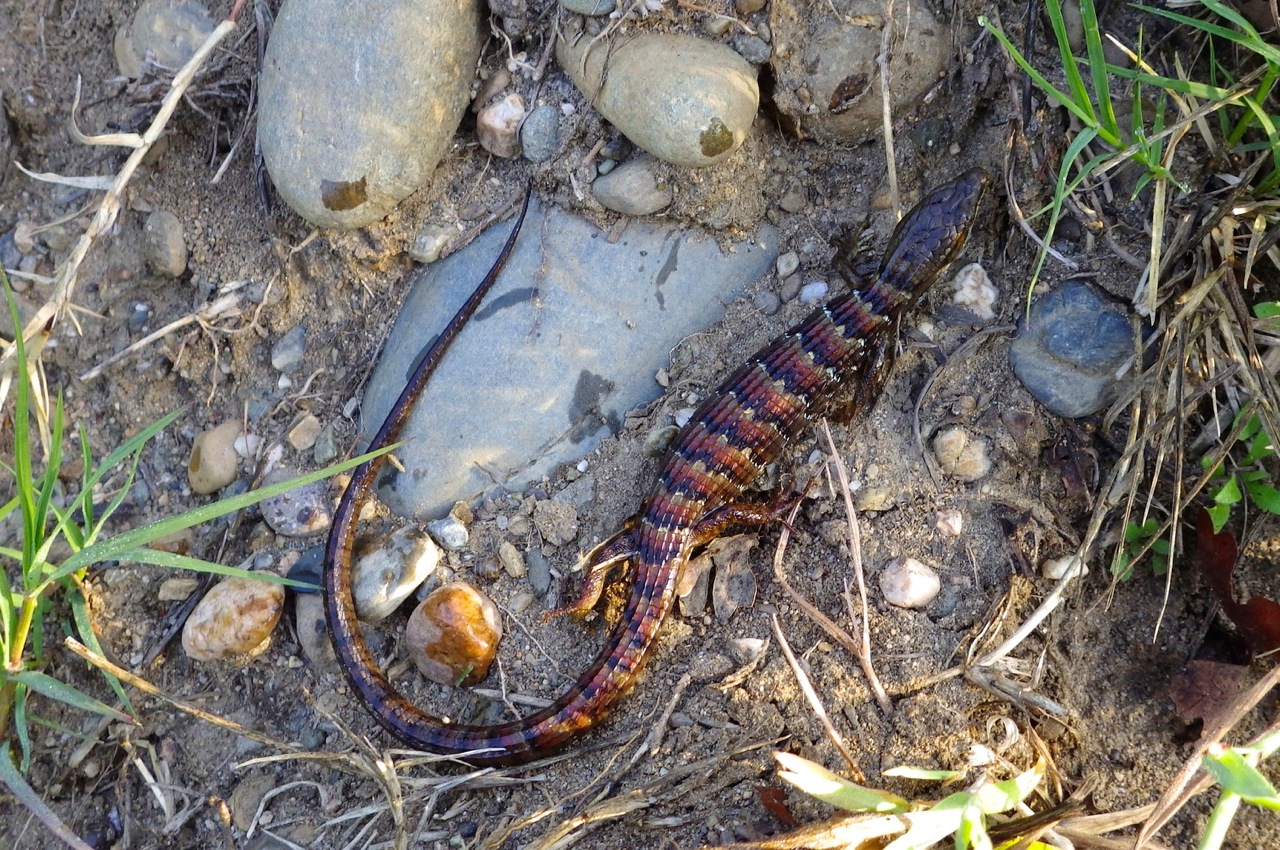 While checking our Oakdale rotary screw trap on the Stanislaus River, our field crew recently ran into an unexpected visitor in their catch. The California alligator lizard (Elgaria multicarinata multicarinata) is a subspecies of the Southern alligator lizard (Elgaria multicarinata) and is endemic to California. They can be distinguished from other species of lizards by their large, bony scales, their large head on an elongated body, and powerful jaws, which are reminiscent of the alligators that inspired the lizard’s common name. Alligator lizards are also known to be voracious predators themselves. King (1931) observed a captive adult female consume 20 immature grasshoppers, 11 katydids, seven shield and stink bugs, and three spiders in a single feeding. Instances of cannibalism have also been reported, which is a rare trait in most species of reptiles.

The Southern alligator lizard’s range extends as far north as southern Washington and as far south as the northwestern region of Baja California. To avoid predation, alligator lizards seek cover under rocks, logs, and dense vegetation. Some individuals have also been documented using their slightly prehensile tail to assist their climbing in dense vegetation. Similar to actual alligators, alligator lizards are relatively strong swimmers, and have been known to dive into water in order to escape terrestrial predators. However, as noted in our previous blog post (see Opportunistic meal), once they enter the water they may fall prey to a new host of predators. During our predation study, we captured a largemouth bass with a nine-inch-long alligator lizard hanging out of its mouth! It just shows that for most species, there’s always a larger predator out there.