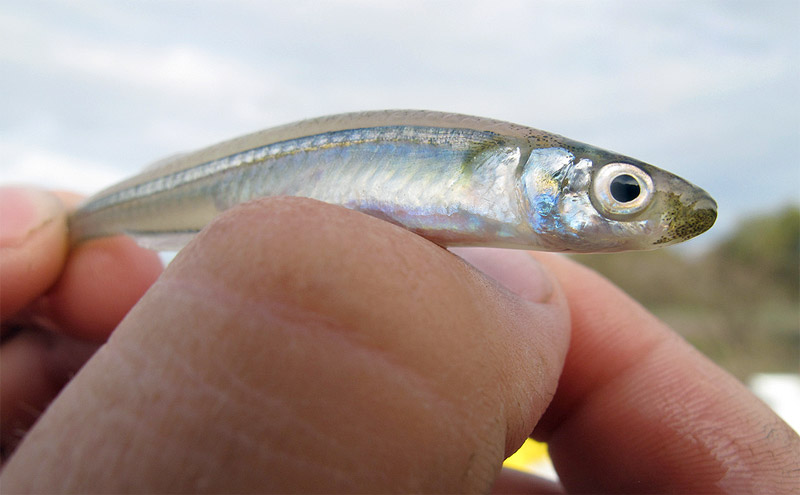 With a name fitting their appearance, inland silversides (Menidia beryllina) are easily identified by a distinctive silvery band along the length of each side of their otherwise transparent body. Silversides have a small upturned mouth, large eyes and an elongated body up to 6 or 7 times their body depth.  Inland silversides were introduced into Clear Lake Reservoir in northern California in 1967 to control the gnat population. Rather than feed on gnats they preferred zooplankton, and it is believed their introduction led to the extinction of the Clear Lake splittail and the decline of several other species. Shortly after their introduction, they spread into the San Francisco Bay-Delta and are now found throughout the Central Valley waterways. Similar to the endangered Delta smelt, inland silversides tolerate higher salinities and feed primarily on zooplankton, copepods and cladocerans. Not only do inland silversides compete with the Delta smelt for food and space, they are believed to prey on their eggs and larvae (Brown and Kimmerer 2002).