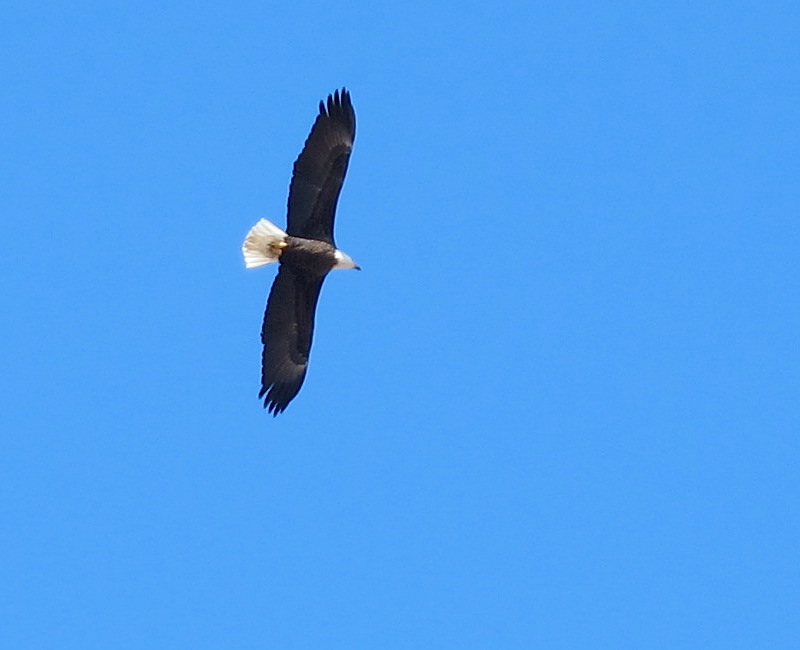 The bald eagle (Haliaeetus leucocephalus) has long been one of the most recognizable images of the American landscape. Characterized by a wingspan of over eight feet and a distinctive white-feathered head, the bald eagle is one of the most powerful and majestic native raptors of North America. However, during the mid 1900s, sightings of a bald eagle soring overhead became increasingly rare in the lower 48 states, reaching an all-time low of only 417 nesting pairs in 1963. Multiple congressional efforts, like the Lacey Act, had been previously enacted to protect the species, but not until the Endangered Species Act was established in 1966 did the eagles truly begin the road to recovery.

Shortly after becoming the national symbol of the United States in 1782, eagle numbers began to decline. Settlers moving westward across the country began establishing farms along rivers and streams, displacing many eagles from their natural habitat. The settlers quickly noticed these opportunistic raptors would prey on livestock, chickens, and other farm animals. Thus, it was very common for farmers to shoot eagles on sight throughout the 1800s. Many fishermen of the era would also target eagles as a nuisance species because the birds consumed many fish in rivers and along shorelines. Thus, humans intentionally drove the first major decline in the bald eagle population. 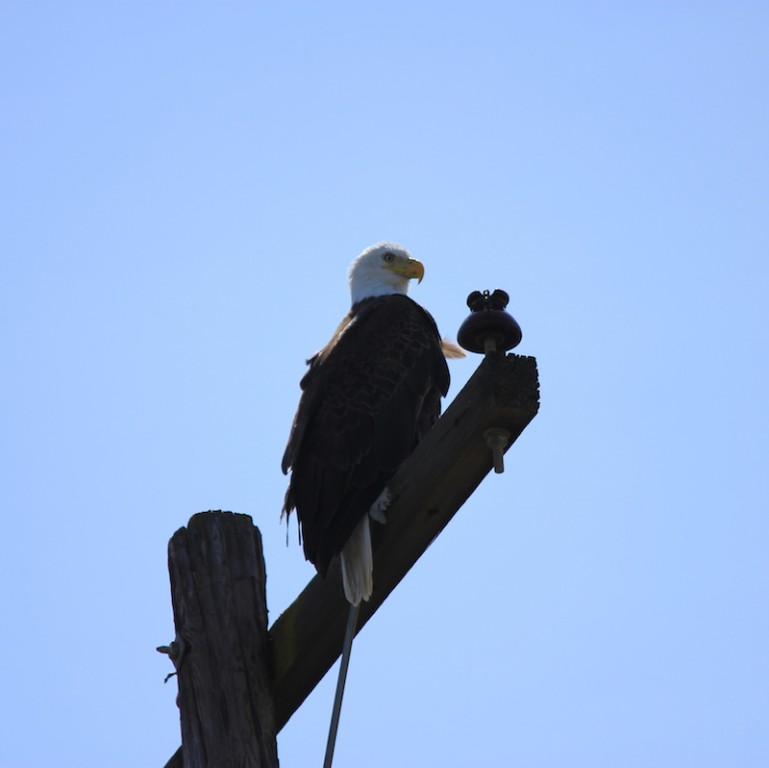 However, the species’ next major decline was not intentionally caused. Beginning in the late 1940s, the use of the chemical Dichloro-Diphenyl-Trichloroethane (DDT) to control mosquitos became widespread. DDT was most frequently used along the banks of river, lakes, and ponds where mosquito populations were the largest. DDT entered waterways mainly via runoff and was absorbed by fish and aquatic plants. As eagles consumed contaminated fish, the DDT was transferred to the birds and disrupted their reproductive systems. Many of the eggs laid by female eagles became infertile. The DDT also caused the eggs’ shells to become thinner and more brittle, making incubation extremely difficult. By the mid 1960s the effects of DDT had ravaged the eagle population to near extinction. In 1967, Congress acted to protect bald eagles by placing them on the endangered species list under the Endangered Species Preservation Act, the precursor to today’s Endangered Species Act (ESA).

Bald eagles did not immediately bounce back after their ESA listing, and the road to recovery took nearly 40 years.  But in 2006, The U.S. Fish and Wildlife Service (USFWS) deemed the recovery efforts a success, with at least 9,789 nesting pairs in the contiguous United States. The USFWS removed the bald eagle from the ESA endangered/threatened list on June 28, 2007. While no longer considered threatened with extinction, our national symbol will continue to be protected by the Migratory Bird Treaty Act, as well as the Bald and Golden Eagle Protection Act.