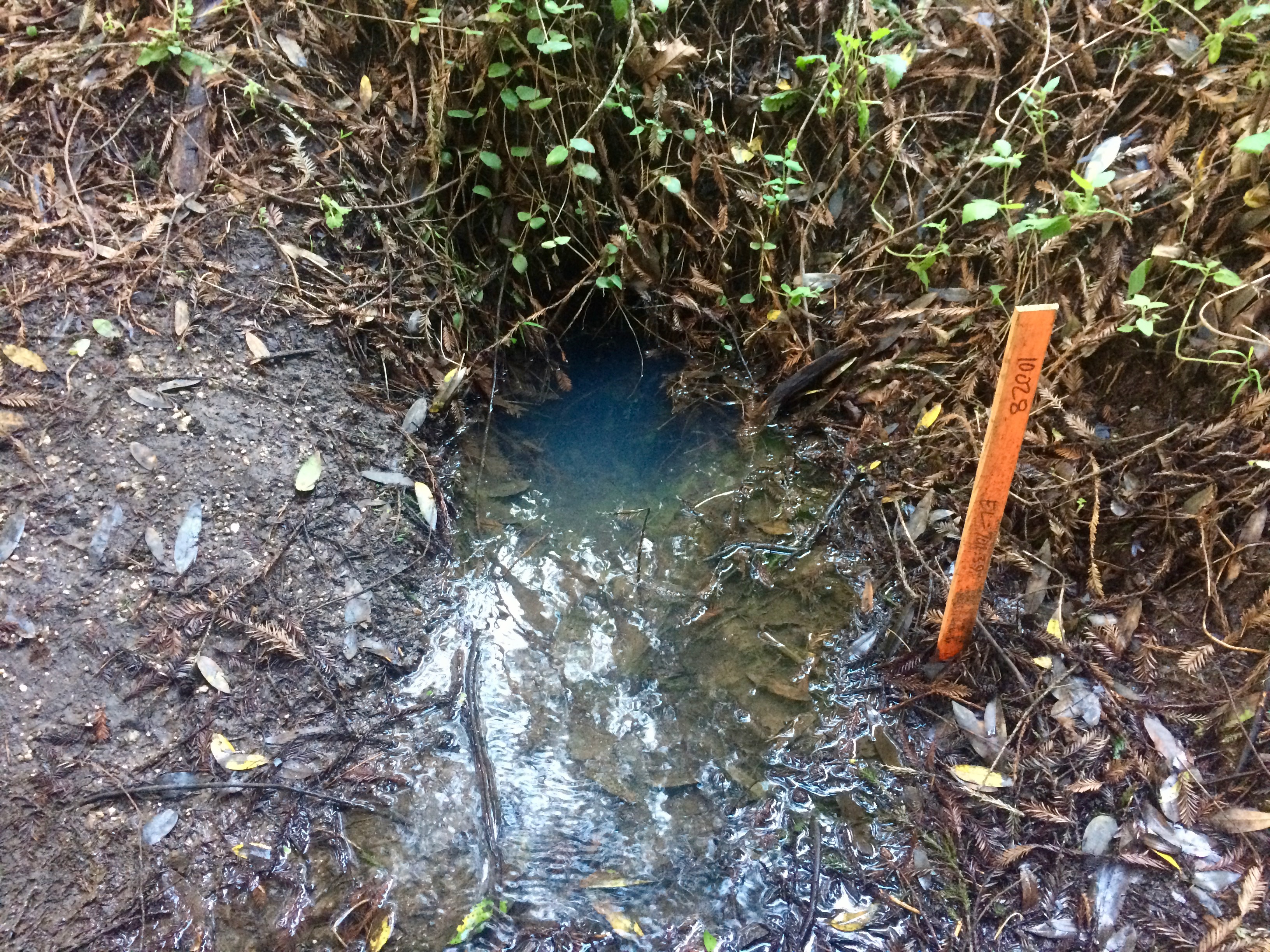 Water can enter a river in a number of ways: melting from a mountaintop, falling from the sky, or bubbling up from the ground. In California’s Central Valley, the melting snowpack of the Sierras is like a bank account that slowly dispenses water throughout the spring and summer. Other streams are fed by rain, and such “flashy” systems can suddenly swell with water after storms. Rivers can also be fed by aquifers, or water that is stored underground (and aptly known as groundwater). Many aquifers that supply farms in the Central Valley are called granular aquifers, where water is stored in between individual grains of sediment. In these aquifers, the water is well filtered, moves slowly, in inches or feet per day, and also recharges slowly. Another type of aquifer is a karst aquifer, in which water flows through large fissures or caverns in rocks like limestone or dolomite, which can be dissolved.

Where water in an underground karst cave comes to the surface, it creates a spring. In contrast to a highly filtered granular aquifer, a karst aquifer is like a system of pipes where water flows in and out quickly – which also makes karst aquifers vulnerable to contamination. Sinkholes often form in karst areas when the roof of an underground karst cavern suddenly collapses. While people are tempted to toss their trash, junk, and even old cars into sinkholes, this can pollute a karst aquifer. This type of rock formation underlies much of Florida and the Midwest, but karst is sparse in California. However, one spot of karst provides a small but notable contribution to the groundwater supply of Santa Cruz County. 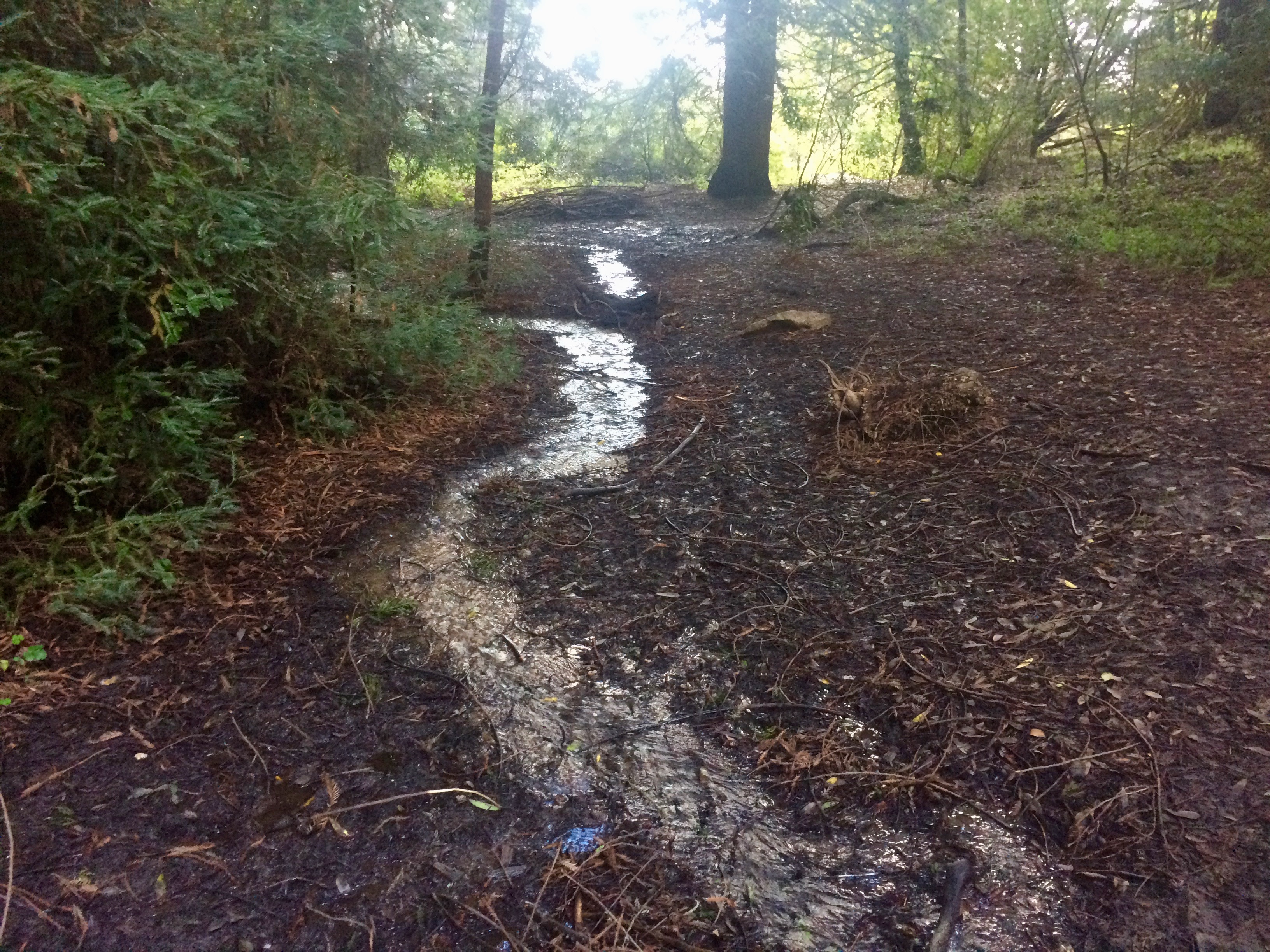 FISHBIO’s Santa Cruz staff learned about the role of karst springs during the State of the San Lorenzo Symposium earlier this year. One of the largest karst formations in Santa Cruz sits under the University of California, Santa Cruz campus, and a neighboring open-space preserve known as the Pogonip. Our Santa Cruz staff recently came across a karst spring while hiking in the area, and had the unique experience of watching water spring up from the ground. The water coming out of a karst aquifer is usually about the same temperature as the ground, is very clear, and has low amounts of sediment even in high flow. While karst springs only contribute a small volume of water to the San Lorenzo River watershed in Santa Cruz, they are still an important source of cool, clean water that is reliable even in a drought.