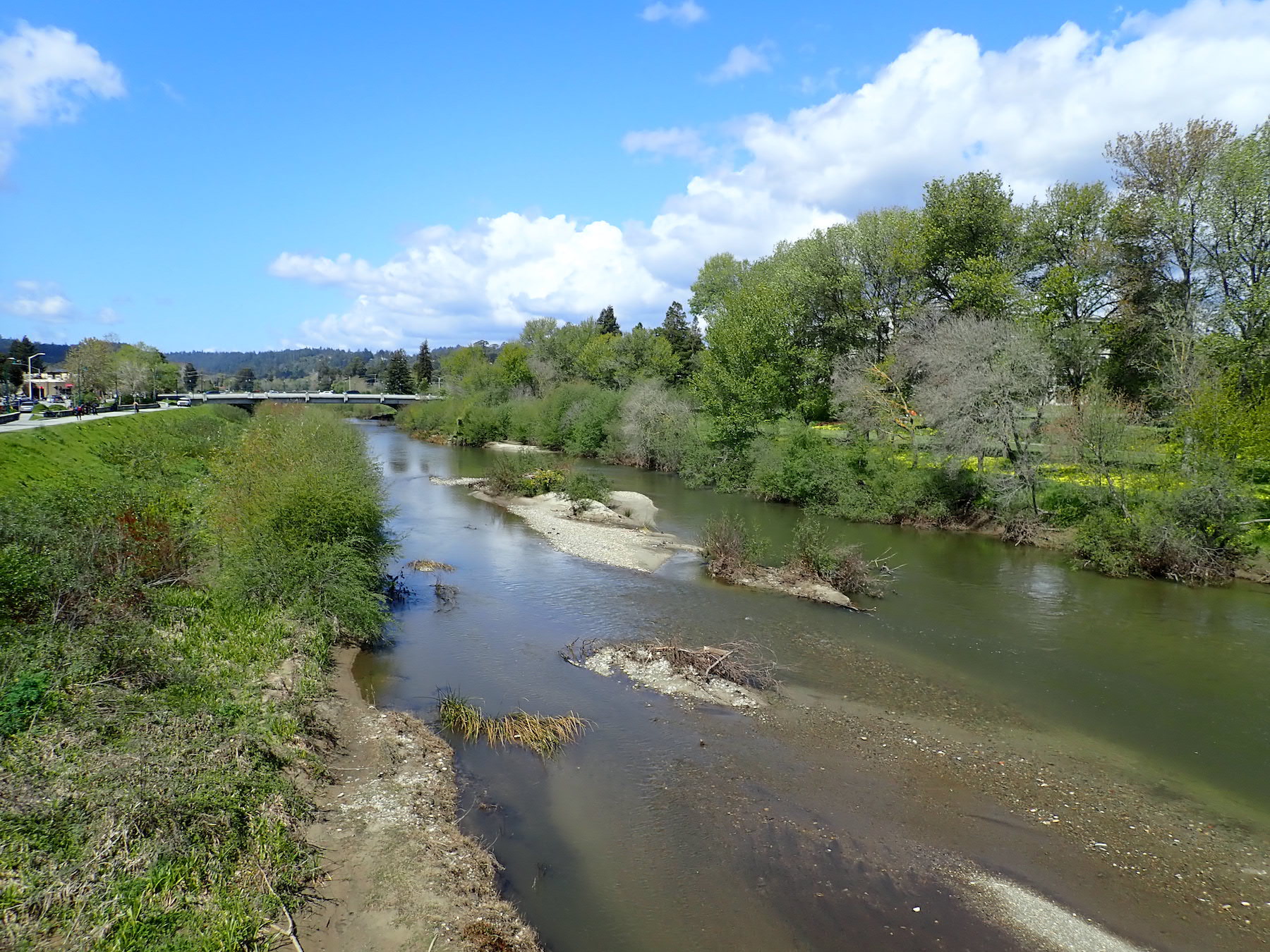 Flowing directly through the heart of Santa Cruz, California, the San Lorenzo River serves as a vital water source for people, fish, and numerous other animals and plants that call the region home. Locals have long understood the ecological and economic importance of this coastal stream, and the San Lorenzo was one of the first rivers in California to have its own watershed conservation plan. With 2019 marking the 40th anniversary of the plan, the recent State of the San Lorenzo Symposium focused on the accomplishments of this conservation legacy and what the future holds for the river, as well as for the imperiled aquatic species and nearly 100,000 humans who rely on it.

The fifth annual symposium kicked off with John Ricker of the County of Santa Cruz Environmental Health Department taking a look back at the accomplishments and continued relevance of the watershed conservation plan. In the early 1970s, the San Lorenzo was in a sorry state, suffering from excessive sedimentation, pollution from septic systems, reduced stream flow, urban runoff, and loss of terrestrial habitat. Many of these problems were the result of rapid and poorly planned development in the region. The formation of the Save the San Lorenzo Association in 1973 prompted a holistic approach to conserving the river. Extensive sampling combined with cutting-edge hydrological modelling (which at the time involved feeding giant computers stacks of punch cards) helped scientists and managers better understand the function of the watershed. Recommendations of the original plan resulted in a 70% decrease in sedimentation, and significant reductions in contamination. Most importantly, public outreach efforts helped make the community aware of the importance of the river. 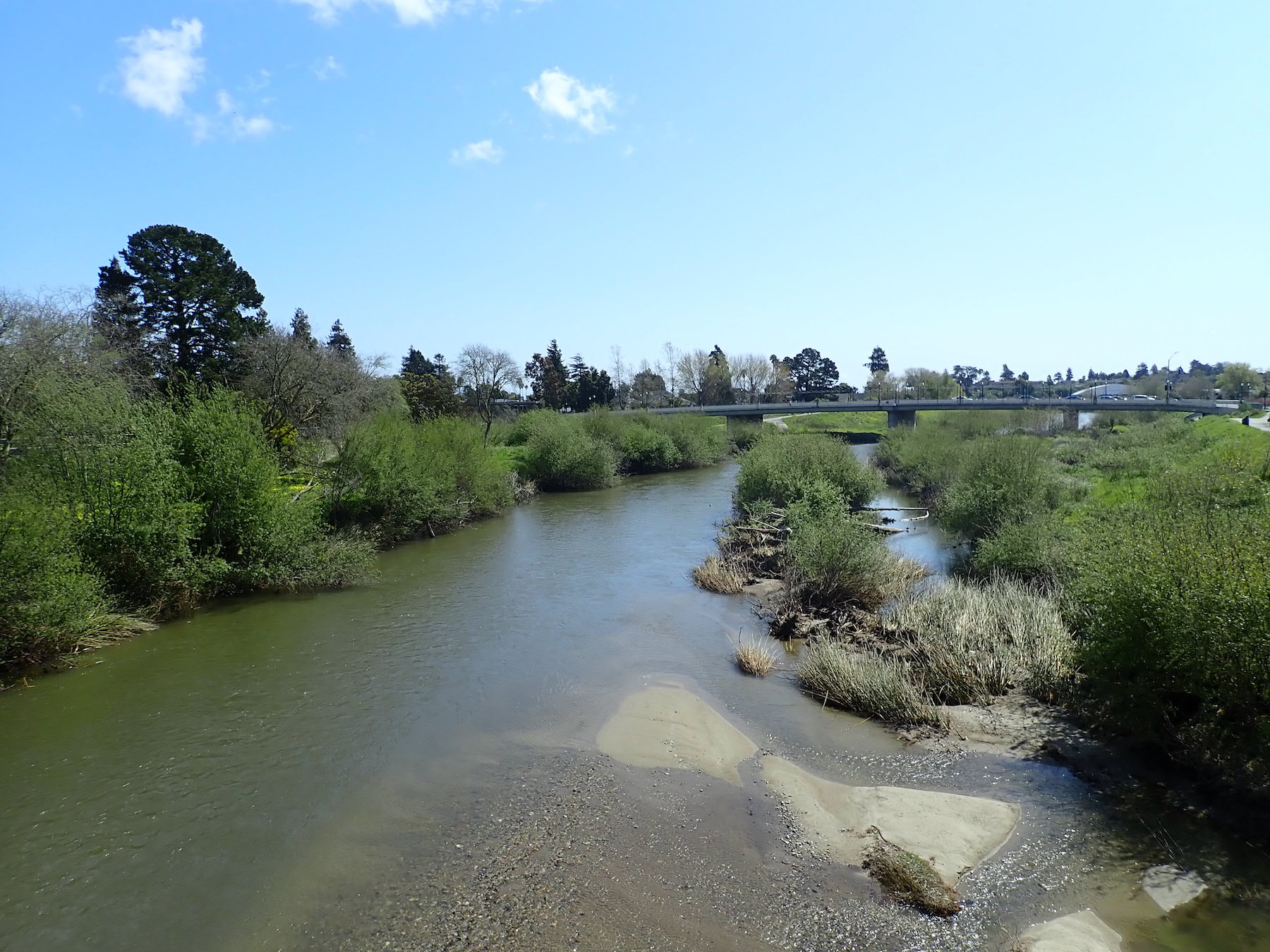 Presentations by Shawn Chartrand of Hydrologics, Inc. and Mark Strudley of the County of Santa Cruz Public Works Department highlighted more recent computer modelling and statistical approaches (no punch cards required). Their discussions of climate projections and the difficulties of predicting flooding highlighted ongoing challenges of watershed management. Increasing temperatures and more frequent droughts portend a hotter, drier future for the fish and humans in the San Lorenzo watershed. Particular challenges include incorporating the effects of atmospheric rivers, fog, and forest fires into climate prediction models. There are new developments on the horizon, however, including the impending installation of a new X-band radar system in Santa Cruz that will provide more fine-scale and complete data on precipitation patterns in the region.

Presentations also discussed ongoing efforts to connect people to the San Lorenzo, as well as the watershed’s unique flora, fauna, and ecosystems. Tony Elliot of the City of Santa Cruz Parks and Recreation Department explained future plans for the Santa Cruz Riverwalk and associated parks, while Jodi McGraw of Jodi McGraw Consulting highlighted the unique sand hill habitats in the watershed. Home to seven species that are found nowhere else in the world (plus others that have yet to be described), these sandy outcroppings are a biodiversity hotspot right in Santa Cruz’s backyard. Richard King of the Santa Cruz Puma Project showed how startlingly close mountain lions come to the city in their daily wanderings, and explained the challenges these large predators face as a result of habitat fragmentation and proximity to humans. Finally, California Department of Fish and Wildlife biologist Jon Jankovitz described the history and current state of the San Lorenzo steelhead fishery. While the fishery has dwindled from its heyday of the 1950s and ‘60s, it is still the most used of any on the Central Coast. New data are allowing scientists and managers to develop better approaches to management, including low-flow regulations to help reduce stress on these threatened fish when they are at their most vulnerable, such as during the recent drought.

The San Lorenzo River has come a long way from the muddy, contaminated stream of 40 years ago thanks to the perseverance of passionate individuals, government agencies, and community groups. Their work is far from over, as the future holds some daunting challenges, from bigger storms to hotter summers. However, initiatives like San Lorenzo 2025, a partnership between local agencies and non-profits to restore fish habitat in the San Lorenzo watershed, demonstrate a continued commitment to support this vitally important waterway and the organisms that rely on it – humans included. Want to learn more? You can find presentations from past State of the San Lorenzo symposia available here.