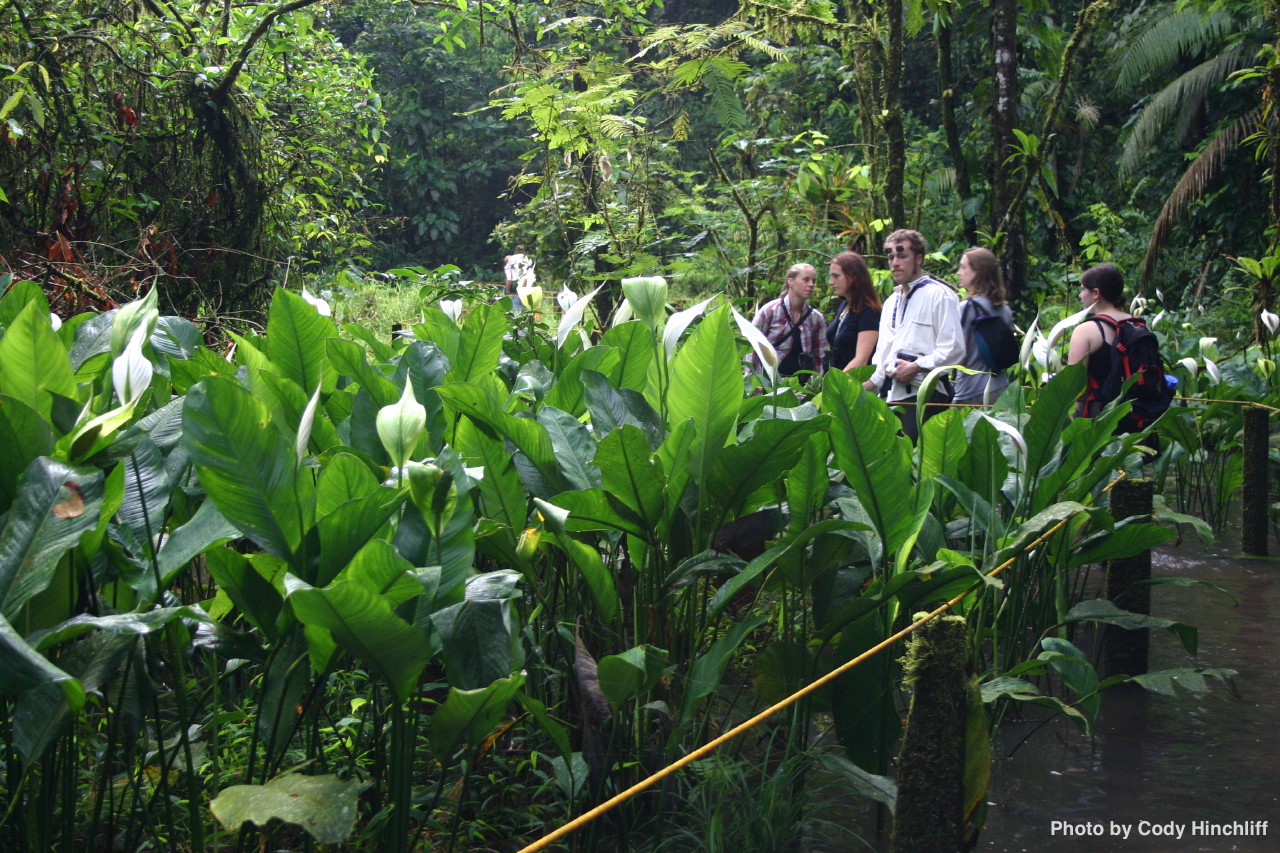 As visual creatures, humans rely heavily on their eyes to navigate the world, but this adaptation isn’t much help in the waters of a muddy swamp. While vision doesn’t get animals very far in a turbid aquatic environment, especially at night, sounds carry much better underwater than in air. We’ve written before about the sounds that fish produce to communicate, and the potential use of hydrophone recordings to identify specific species, but the soundscape of aquatic environments can also be used to survey biodiversity. Forested tropical wetlands such as those covering 15,000 square kilometers (about 5,800 square miles) in Central America are a biodiversity hotspot, but they are also extremely difficult to access and sample, and as a result lack species inventories. Underwater acoustic monitoring of “soundscapes” has been used to assess biodiversity and habitat conditions in the ocean, and it may also provide a useful tool for the study of important freshwater ecosystems. A recent study used this approach to record the soundscape in Cantarana Swamp in the La Selva Biological Research Station of Costa Rica, and researchers tuned in to a veritable swamp symphony (Gottesman et al 2019).

Home to at least 48 amphibian species, 120 mammal species, numerous reptiles, fish belonging to the swamp eel family, and likely hundreds of thousands of insect species, Cantarana Swamp is a true bonanza of biodiversity. To open an auditory window into life beneath the water, researchers placed a hydrophone in the swamp that recorded samples of audio from January to February, during the dry season for the region. Clips of individual sound types were noted in these records, and the complete sound files were used to analyze the diversity and dynamics of the underwater soundscape (listen to a sample). Although it was not possible to connect the sounds to specific species, the researchers did identify 18 unique sound types. They attributed all 18 to insects, as the sounds appeared to have been produced by stridulation (the rubbing together of body parts), which is the most common mechanism of sound production in aquatic insects.

The results from Cantarana Swamp appear to support, the acoustic niche hypothesis, which states that species in a diverse community will modify the sounds they produce to minimize auditory overlap. This means that different species may either make sounds of different frequencies or make sounds of the same frequency at different times of day in order to make sure their message is heard by members of their own species. Researchers found that sounds in Cantarana Swamp with overlapping frequency ranges did not occur at the same time – one was heard only during the night and the other only during the day. Perhaps the most surprising finding was the approximately one-hour-long period of silence that occurred at dawn and dusk. A more in-depth investigation into the life-histories of the aquatic insects in the swamp is necessary to understand why they keep quiet in the morning and evenings, but the researchers believe it may be an attempt to avoid detection by predators.

Using an auditory approach requires more than just a one-day “snapshot,” as the team found that the soundscape varied substantially over multiple days, and certain unique sounds weren’t even detected until 15 days into the study. However, there are many potential benefits to this approach. It’s non-invasive, easy to implement in difficult to access areas, can sample through nights and disturbance events, and is relatively inexpensive. The resulting digital data are also easy to preserve for future comparisons and analyses, and may be possible to automate in order to get close to real-time results. It seems that opening our ears may be an efficient approach to study and monitor freshwater ecosystems that are otherwise out of reach.