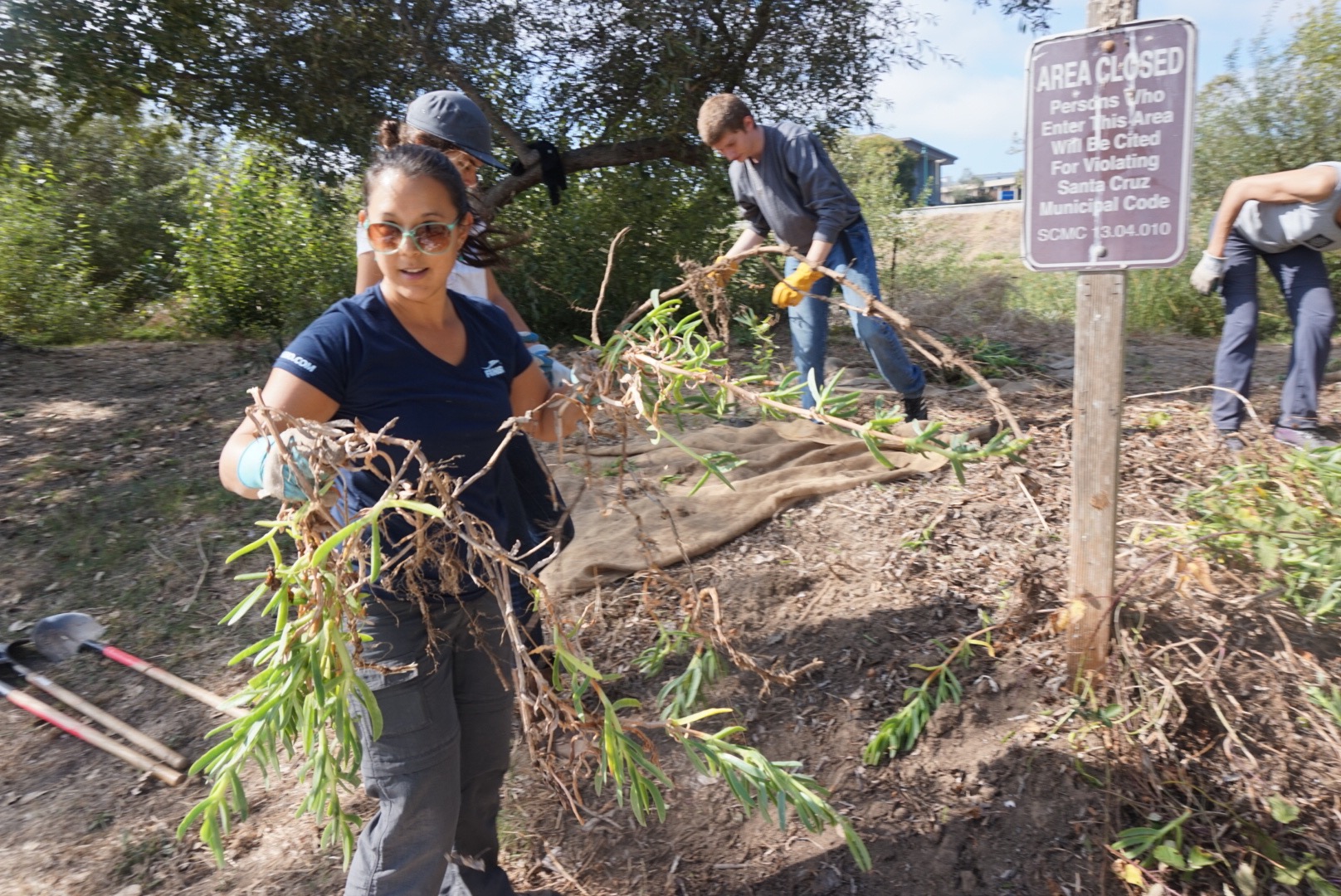 River clean-ups and restoration are a regular activity for our staff in Oakdale and Chico, so our Santa Cruz office was excited for the chance to take part in a River Health Day event with the Coastal Watershed Council. Our mission: tackling stands of invasive iceplant along the San Lorenzo River, which runs through downtown Santa Cruz. The fleshy green blades of iceplant (Carpobrotus edulis) are now a familiar sight from front yards to freeways across California, but it is actually native to the coasts of South Africa. Some might admire blooming ice plant’s pink and yellow flowers, but this non-native invader can quickly take over and dominate the landscape as an inhospitable monoculture that edges out native species 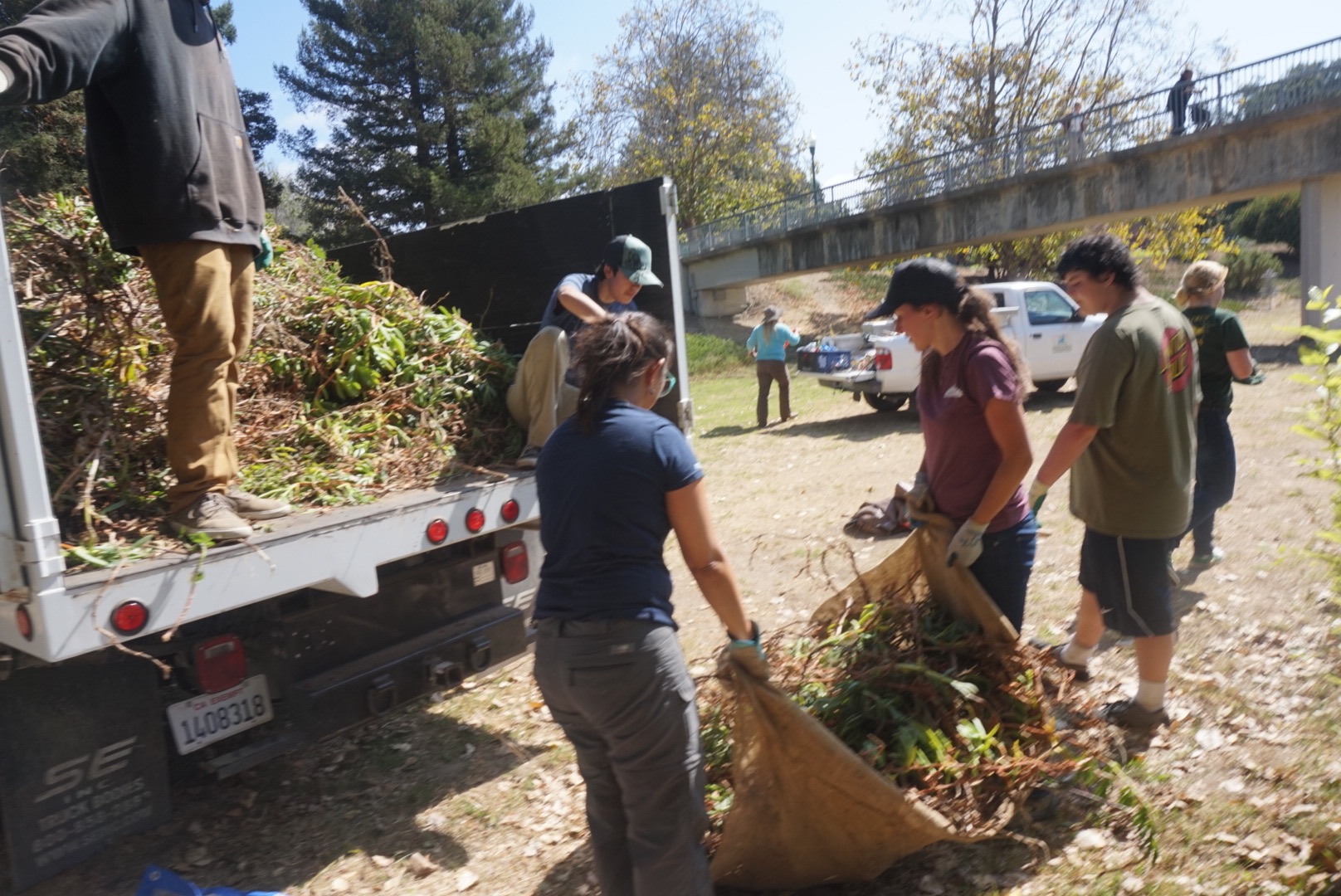 Introduced to California in the early 1900s to stabilize the soil beside railroad tracks, iceplant thrived in California’s balmy climate. It also provides a cheap and quick-spreading groundcover, and was widely planted by Caltrans along freeways until the 1970s. The plant forms dense, almost impenetrable mats that make it impossible for native plants to grow. While iceplant does not provide much food or shelter for native California species, it can harbor other invaders such as black rats. Fragments of iceplant can break off and drift down a river, travelling all the way to the coast where they can colonize coastal bluffs, draping over cliffs in dense curtains that block seabirds from roosting or nesting. When waterlogged iceplant sloughs off into the ocean, it exacerbates coastal erosion. We clearly had no shortage of reasons for rooting out this riverside nuisance. 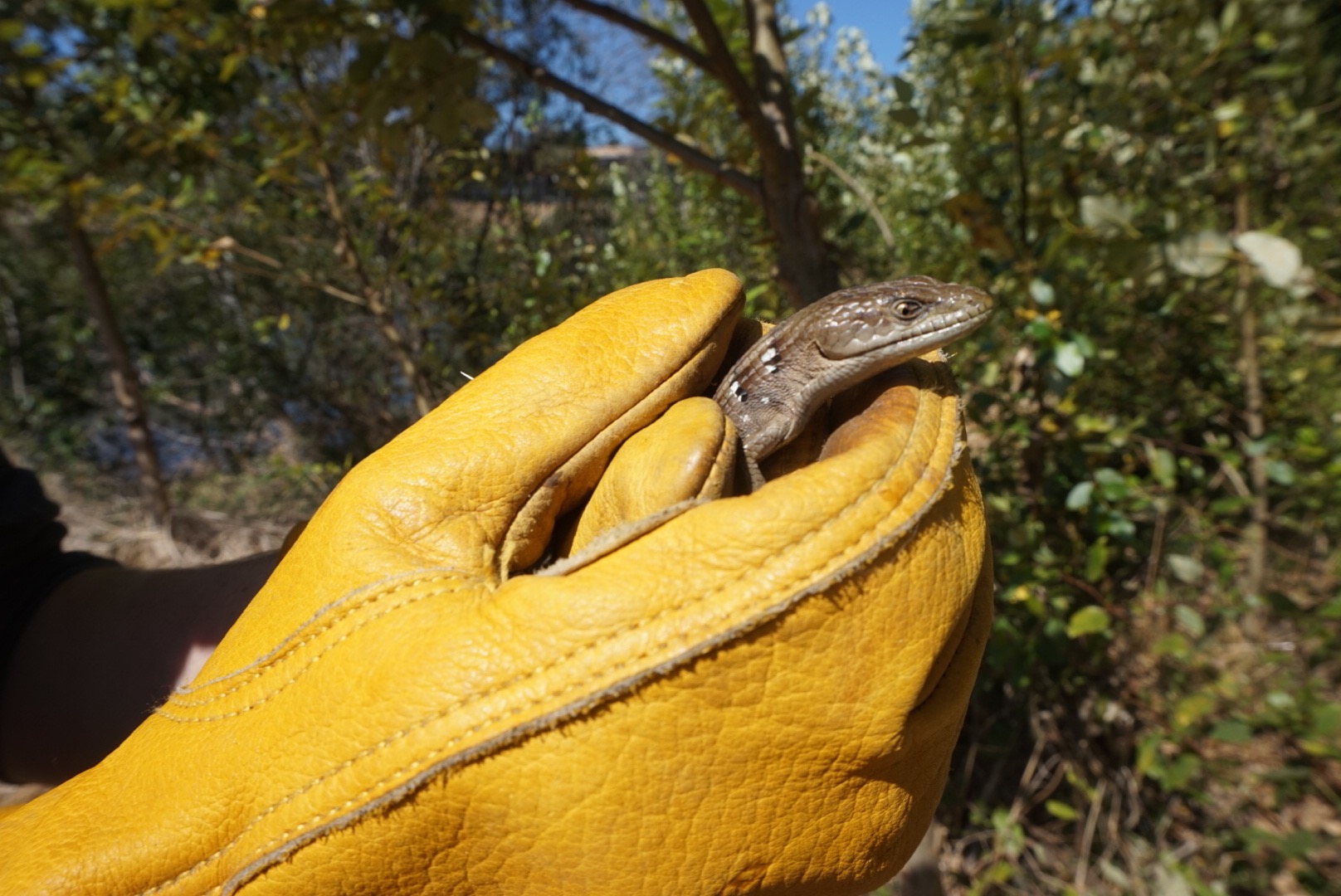 With the help of some high school students and other community volunteers, FISHBIO staff pulled and hacked at long iceplant runners and roots, and hauled loaded tarps into the back of a waiting truck. Clearing the area unearthed a skink (which was moved to some nearby riparian vegetation) and a rusted machete, among other odd finds. A few hours later, we surveyed the cleared river bank with satisfaction. Volunteers later returned to the site to plant native seeds and seedlings. It was a fun opportunity to team up with the Coastal Watershed Council, and support their great work to connect the community of Santa Cruz to the San Lorenzo River!