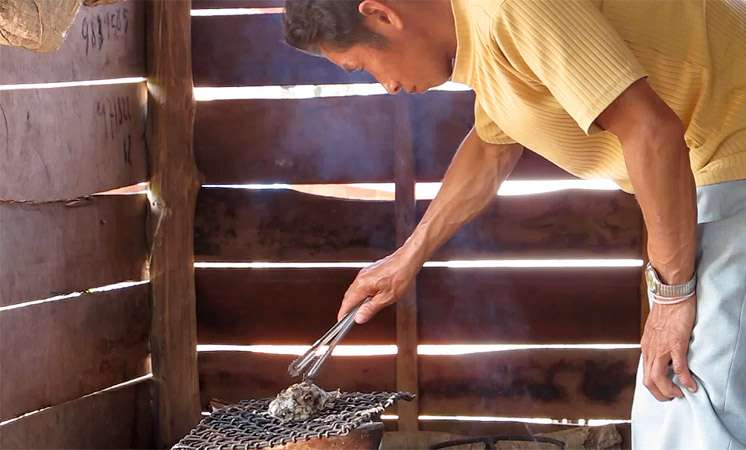 In the Mekong Basin we give thanks for many things, even the odd freshwater puffer grilling on the fire. Though villagers do not target the puffer in their fishing efforts, they are caught accidentally as bycatch. Whatever gets caught gets eaten, because the villagers are thankful for any fish they can get. Though marine species of puffer fish are known for their deadly toxins, and prized in sushi restaurants as an “extreme” delicacy, most puffers of the Mekong are not poisonous. At least, that is what the villagers say. So they dig in, and give thanks for another day’s subsistence provided by the mighty Mekong.