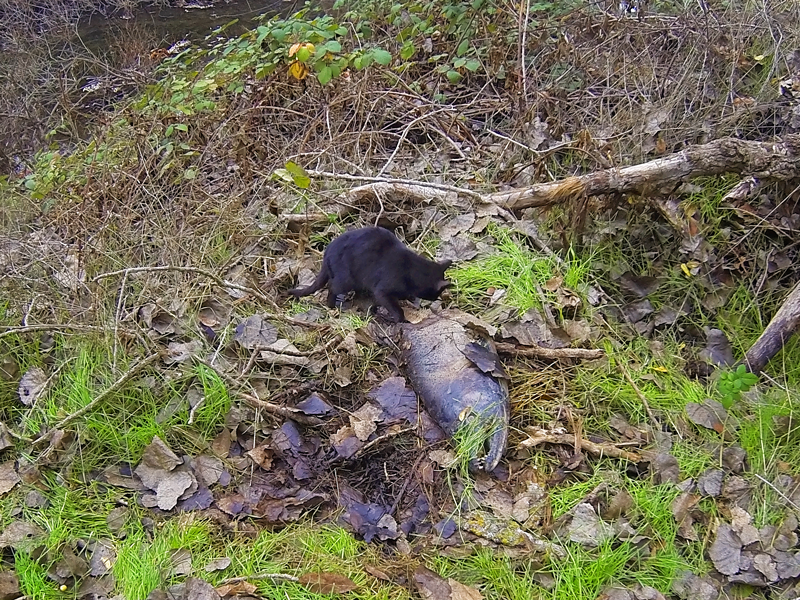 When we attempt to document natural processes in the field through photo or video, we sometimes run into challenges when nature gets other ideas. During the Chinook salmon spawning season last fall, we set up a GoPro camera on a tripod hidden on private property in an attempt to capture a decaying carcass as it decomposed over the course of a few weeks. While things didn’t go quite according to our plans, the result was still interesting. The first carcass we chose was carried off by scavengers in just a few days, so we tried again, this time staking the fish to the ground.

Over the course of a week, our footage revealed multiple animals feeding on the same dead fish, including a house cat and an opossum. Then, one night the carcass simply disappeared, as one of the scavengers presumably dragged it off to a more private location to continue its feast. If you watch this timelapse video, you might be able to catch a glimpse the cat and opossum making their appearances. Salmon absorb many important nutrients into their bodies during their adult life stage while they feed in the ocean. The fish deposit these valuable nutrients into the environments of their natal freshwater streams when they return, die, and decompose (see Fish fertilizer). But as this video shows, sometimes those nutrients end up traveling different pathways through the food chain via other animals’ stomachs. Hopefully we will have better luck capturing the whole decomposition process next year. 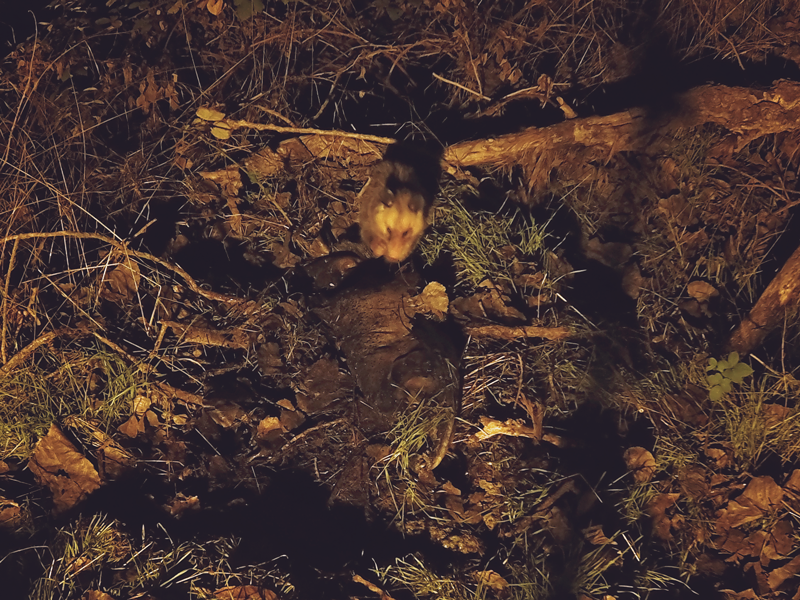