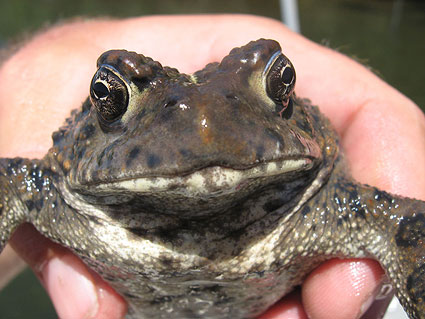 Amphibians are a very diverse group of vertebrates that live on every continent except Antarctica. Since the mid-1970s drastic population declines of many amphibian species have been recorded and the Western Toad is no exception. Because amphibian life-cycles rely on water and land, and they have permeable skin, they are considered good environmental indicators. Declining amphibian populations are seen as a sign of deteriorating environmental quality.

There are many causes of declining amphibian populations, such as habitat loss, acid rain, toxins, disease, and competition with non-native species. Since they can be easy prey for fish, many fisherman know that if significant numbers of frogs or toads are present in a lake, fish are not.