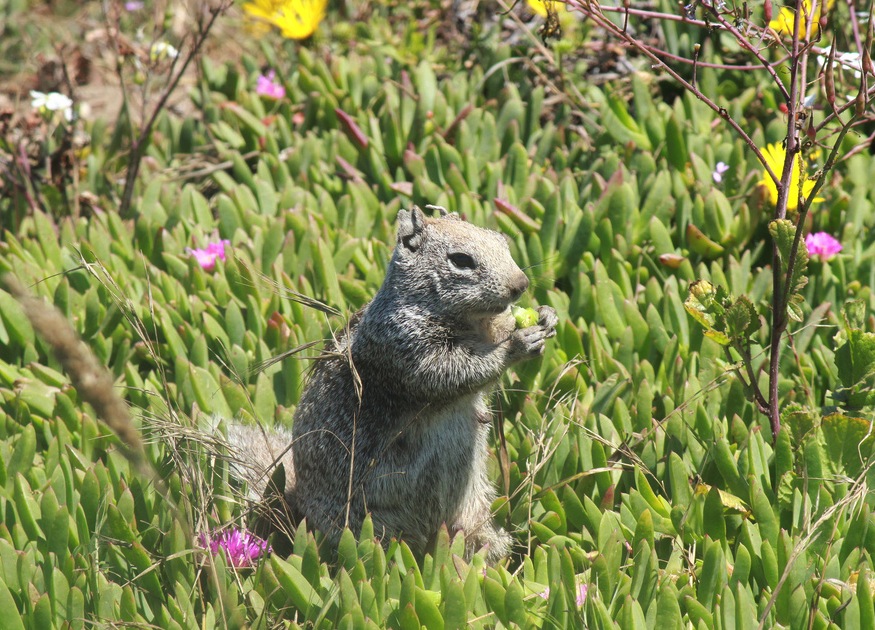 For some California ground squirrels living near the ocean, there appears to be no shortage of succulent treats, as large mats of invasive iceplant (Carpobrotus edulis) cover the ground at many locations on California’s coast. A native of South Africa, iceplant is now established along other coastlines with similar climates, including regions of Australia, the Mediterranean, and the coast of California. Deliberately introduced to California around the turn of the 20th century to stabilize soil along railroad tracks, it was planted until the 1970s by state agencies to fulfill similar purposes in road construction—and is therefore sometimes called highway iceplant. The plant is known as the hottentot fig, in reference to its edible fruit.

Since its introduction, iceplant has colonized California beaches, dunes, and bluffs, where it disrupts native plant assemblages and changes natural erosion processes (D’Antonio and Mahall 1991, D’Antonio 1993). Several life history characteristics are thought to contribute to the plant’s success as an invader, including its rapid growth, the ability to spread by fragmentation, the long-term viability of ungerminated seeds, and its appeal to native herbivores, which consume and subsequently disperse its seeds (D’Antonio 1990). Though the relative contribution to seed dispersal by California ground squirrels has not been evaluated, they clearly make use of the nearly unlimited availability of these juicy snacks. 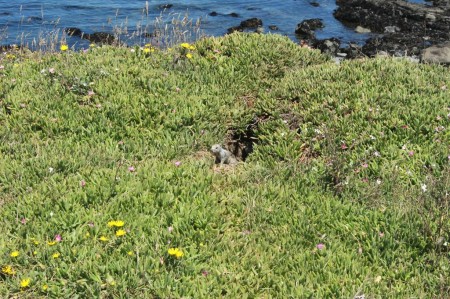