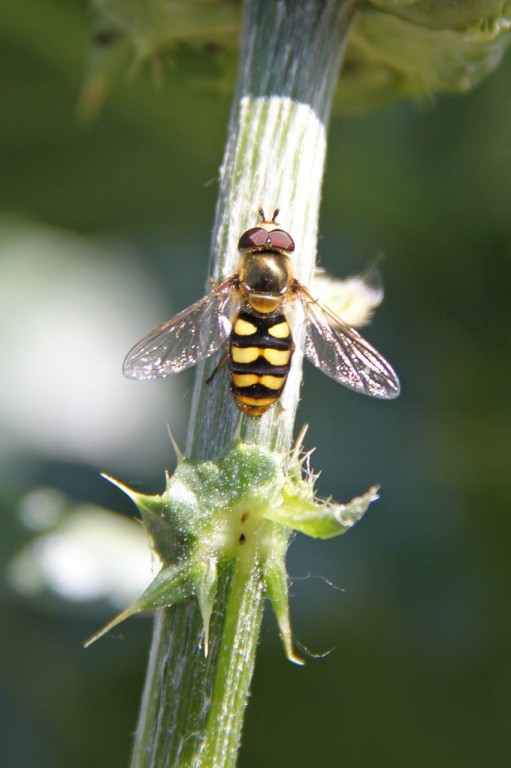 At first sight, this insect may appear to be a bee or wasp, but on careful inspection you can actually see that it is a hoverfly. Hoverflies, a class of flies with around 6,000 species in 200 genera, are found throughout the world. A few physical characteristics differentiate flies and bees. Flies have large, forward-facing eyes set on top of their head that often touch, while bee and wasp eyes are on the sides of the head. Flies have two wings, while bees have four (two on each side), and flies hold their wings out to the side at rest, while bees often fold them back.

The color pattern of this hoverfly closely resembles that of a bee or wasp, and for good reason. This adaptation is called Batesian mimicry, where a harmless species has evolved to imitate the warning signals of a harmful species. Predators associate the hoverfly color pattern with foul-tasting and truly toxic bees and wasps, and avoid them even though they are edible.