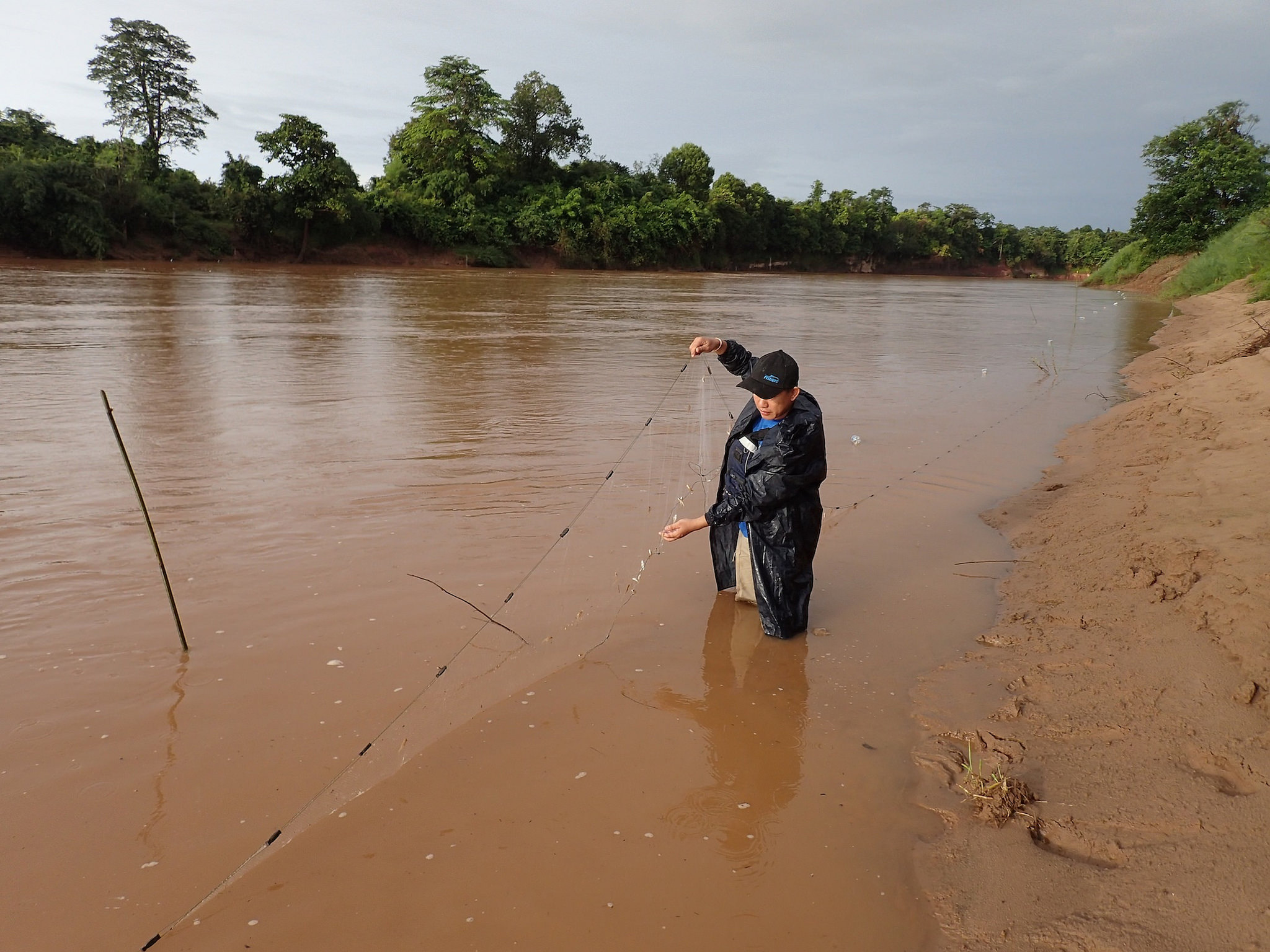 The Nam Ngiep River originates from its headwaters in the Xieng Khouang Plateau in central Laos and flows for approximately 160 kilometers before eventually emptying into the Mekong River. The Nam Ngiep River watershed is home to an incredibly diverse and productive freshwater assemblage of more than 100 different fish species. To date, only a few studies have characterized the aquatic resources of this watershed, with nearly all of them conducted as part of the Nam Ngiep 1 Hydropower Project Environmental Impact Assessment. These surveys discovered endangered, endemic, and previously undescribed species in the watershed. The Nam Ngiep 1 Power Company has continued to study the fisheries resources of the river in order to evaluate the impacts of a 290-megawatt hydropower dam that is currently under construction in the basin. As part of this effort, FISHBIO conducted monitoring of fish biodiversity in the Nam Ngiep River and its major tributaries using gillnet sampling. This monitoring program will serve to investigate changes in species composition, abundance, and fish condition (e.g., length and weight) across seasons and locations in the watershed. In addition, fish sex and maturation were evaluated when possible. Samples from several key fish species were also preserved and processed in the laboratory to determine general diet composition and feeding guild.