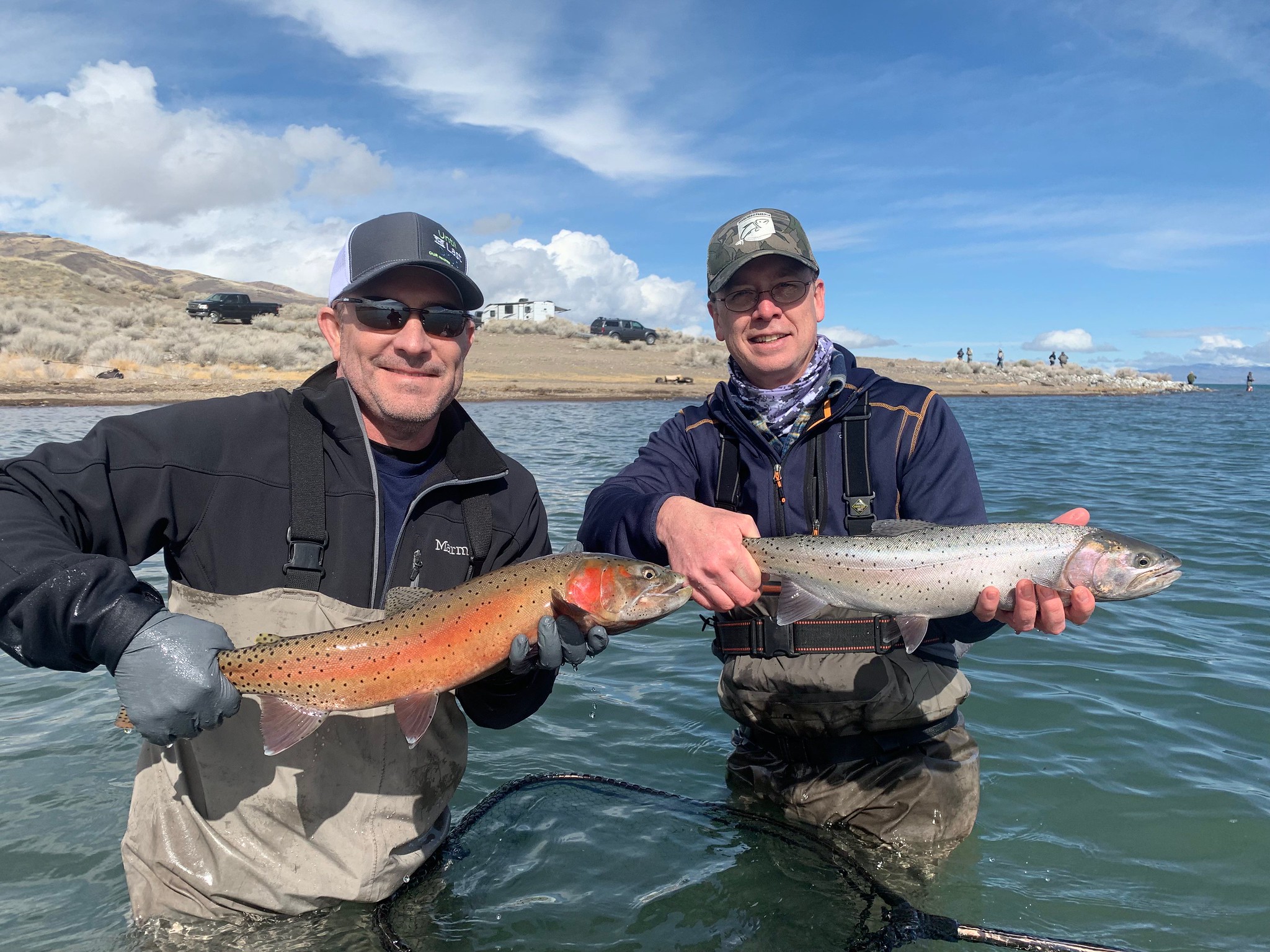 The story of Lahontan cutthroat trout is one of loss and redemption. These fish are endemic to rivers, lakes, and streams in northern Nevada, eastern California, and southern Oregon, but are now found in just a fraction of their historic range. When early settlers arrived in the West during the 19th century, they brought with them nonnative fish to stock in waterways, which disrupted native food webs. Further disruptions to the Lahontan cutthroat habitat came in the early 20th century with the construction of dams that greatly reduced available spawning habitat. In addition, the trout were overfished throughout this period because they were a prized catch, supposedly growing up to four feet in length and abundant throughout their range. These numerous stressors eventually contributed to their extirpation from several lakes and rivers by the mid-1900s.

The species was thought to be completely extinct for several decades, but in the 1970s, a biologist discovered a stream-dwelling population of what he suspected to be Lahontan cutthroat trout in a watershed called Pilot Peak. However, this could not be proven at the time because they resemble other closely-related species, and genetic testing had not yet been developed. In the early 2000s, new genetic tests confirmed that the Pilot Peak population was indeed the historic Lahontan cutthroat. Amazingly, it is believed that a wildlife commission inadvertently stocked what would turn out to be last surviving members of the species in this small stream almost a century ago, and it was only by fortune that this hardy population survived for decades until they were rediscovered. 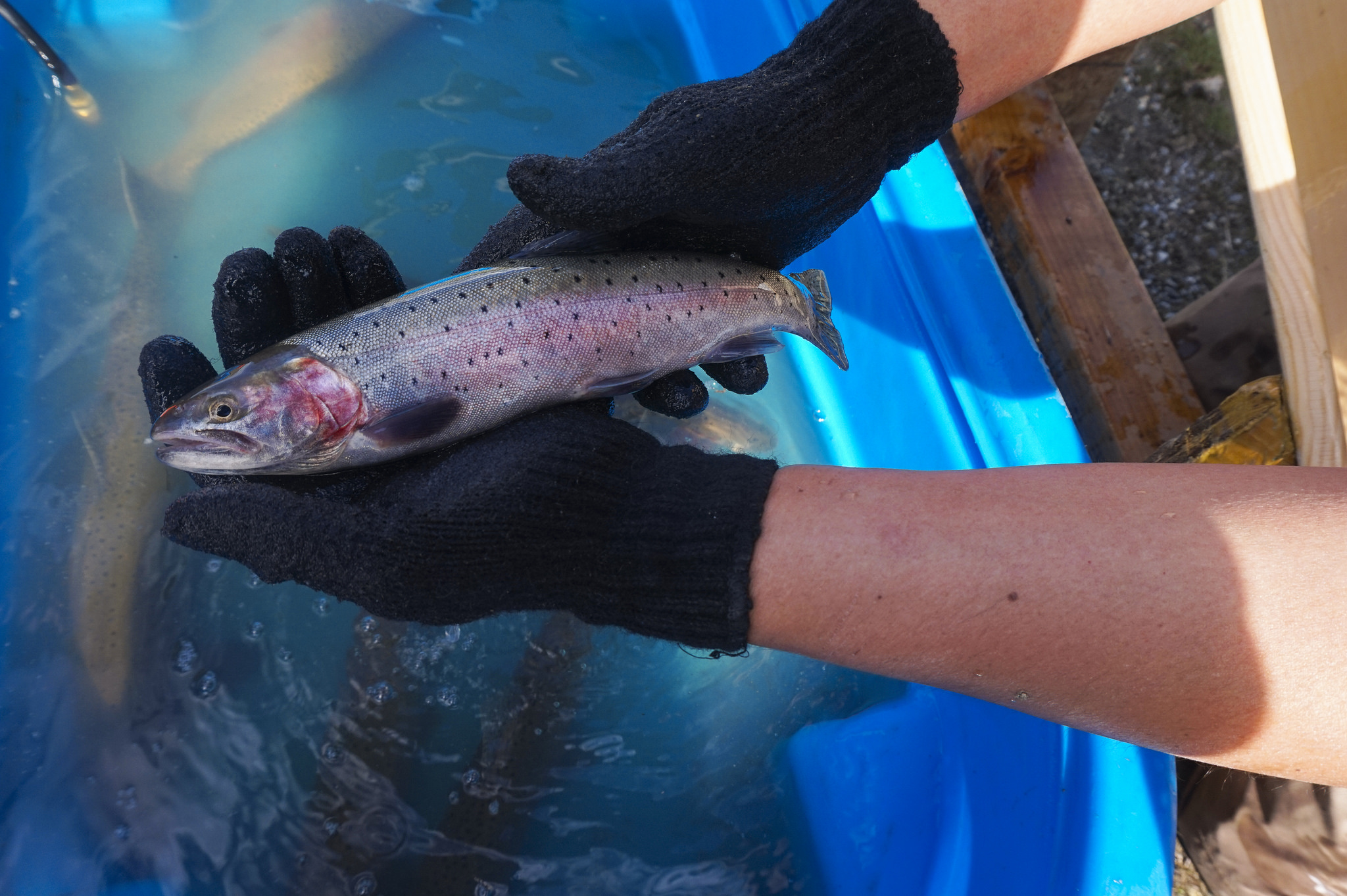 Lahontan cutthroat trout usually migrate upstream to spawn in tributaries of lakes, but some individuals remain either stream-dwelling or lake-dwelling their entire lives. Salmonids retain the flexibility to either migrate or remain resident, even after several generations of only exercising one type of their life history. This flexibility is what allowed the small stream-resident population of Lahontan cutthroat trout to survive, and ended up saving the entire species from extinction. Lahontan cutthroat trout were listed as endangered in 1970, but down-listed to threatened in 1975 when wildlife managers bred the remaining fish and started stocking them in selected lakes and streams throughout their historic range.

The Lahontan National Fish Hatchery Complex in Gardnerville, Nevada has been rearing the species since 1995 to create a robust brood stock. Currently, the hatchery releases 300,000–400,000 Lahontan cutthroat trout each year in Pyramid Lake, Walker Lake, the Truckee River, Fallen Leaf Lake and Marlette Reservoir. However, many of the Lahontan cutthroat trout’s habitats are now either filled with predatory nonnative fish or impacted by urbanization, recreation, and logging. This means creative solutions are sometimes needed to help the reintroduced populations survive, such as FISHBIO’s Smolt Spy monitoring system at Summit Lake or a new bi-directional fish-trapping weir recently installed on Glen Alpine creek, where Lahontan cutthroat trout migrate upstream from Fallen Leaf Lake to spawn.

Some solutions for reintroducing Lahontan cutthroat are more controversial, like the use of rotenone, a pesticide that kills all fish in a certain area so that desired fish can then be introduced. Fortunately, new research and management strategies allow biologists to increase the survival of stocked fish at all life stages, by strategically releasing young fish where there are fewer predators, for instance. Additionally, public support and participation in natural resource management has become an integral aspect of endangered species recovery. For example, anglers that report tagged fish that they catch allow researchers to better understand the species, thus creating a positive feedback loop where the public can benefit from their own efforts and hopefully catch more Lahontan cutthroat trout in the future.