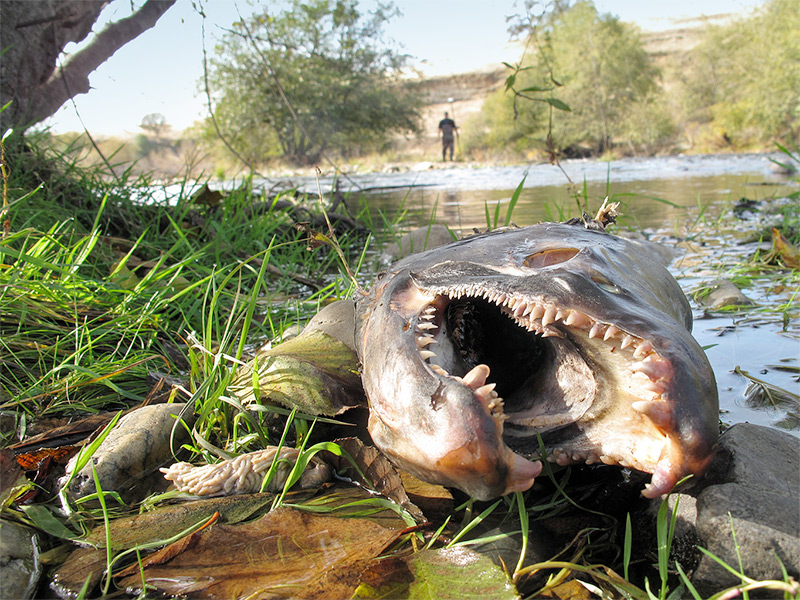 Anecdotal accounts tell of salmon once so plentiful in California’s Central Valley streams that farmers spread salmon carcasses onto their fields to fertilize crops. While those days are long gone, salmon still posthumously nourish their natal environments. As we navigate the streams draining the San Joaquin basin during late fall and early winter, occasionally accompanied by the unmistakable aroma of decaying fish, we often witness this process of “fertilization” in action, as returned Chinook make their final contribution to watersheds in the Central Valley and Pacific Northwest. Returning salmon contribute organic matter and nutrients to their natal streams in a number of ways, including their own metabolic processes, their release of eggs and sperm, serving as food to their predators, and the decomposition of their carcasses.

A surprising variety of animals feed on salmon carcasses. In addition to bears, wolves, otters, raccoons, skunks, and foxes, the likes of shrews, mice, squirrels, deer, and a large number of bird species opportunistically indulge in salmon (Willson and Halupka 1995). All of these species act as vectors for marine-derived nutrients as they spread, by way of metabolic waste, “fish fertilizer” far beyond river channels and adjacent riparian habitat. Any uneaten carcasses decay and release nutrients into the soil and water. During a stroll along suitable spawning reaches this time of year, one can often spot the fuzzy evidence of microbial decomposition. 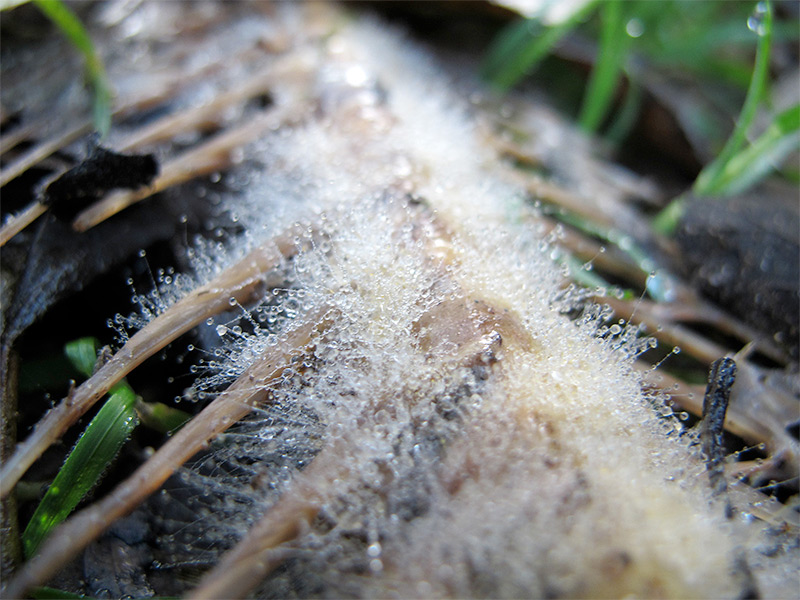 Pacific salmon accumulate the vast majority of their body mass (>90%) while feeding in the ocean, so it may seem intuitive that migrating anadromous salmonids provide a substantial nutrient subsidy when they return to their freshwater rearing areas. However, the effects of spawning salmon on the nutrient dynamics of stream systems remained poorly studied until fairly recently. About two decades ago, advances in the field of stable isotope analysis gave researchers novel tools to trace marine-derived nutrients through riverine and riparian ecosystems. Marine environments (and therefore the salmon’s diet and the salmon itself) have a much greater proportion of the heavier nitrogen isotope 15N, relative to 14N, than freshwater, air, or land. Scientists can use these differences to estimate the proportion of marine-derived nutrients (mainly nitrogen and phosphorus) in tissues of animals and plants.

Thanks to such studies, we now know that many plant and animal communities depend on salmon runs as a source of energy to a rather astonishing extent: for example, following the return of pink salmon to a stream in southeastern Alaska, nearly all of the nitrogen contained in resident rainbow trout, aquatic insects algae, and microbes was marine-derived (Kline et al. 1990). Furthermore, nearly 25% of nitrogen in the foliage of riparian vegetation in this area stems from marine sources, and enhanced growth of trees and shrubs near salmon-bearing streams has been documented in many locations (e.g. Helfield and Naiman 2001, 2002, 2006). While Chinook populations of the Sacramento-San Joaquin basin are more modest than the salmon runs of Alaska, animals and plants still benefit from the autumnal nutrient subsidy, and even cultivated crops such as wine grapes grown adjacent to a Central Valley stream can (indirectly) derive up to a quarter of their foliar nitrogen from returning salmon (Merz and Moyle 2006).

Juvenile salmon benefit from the nutrient boost provided by their decomposing ancestors through increased densities of invertebrates to eat and enhanced riparian vegetation providing cover and refuge. As such, the nutrients from spawning salmon may serve as a positive feedback mechanism that maintains long-term salmon production and riparian habitat; conversely, decreased salmon production may be self-perpetuating (Cederholm 1999, Naiman et al. 2002).