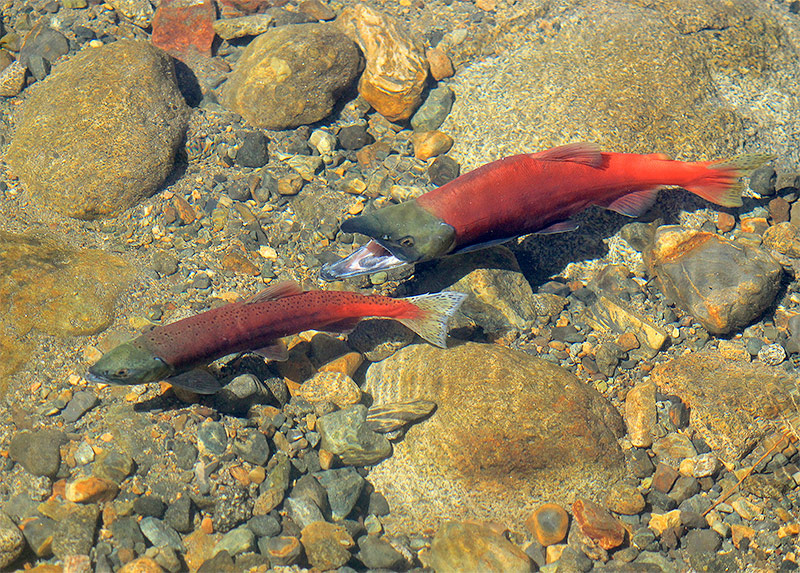 Fall is in the air in the Lake Tahoe Basin, and as the leaves turn red in a magnificent display of nature’s beauty, so do the lake’s landlocked sockeye salmon, or kokanee. Every fall large numbers of kokanee stage near the mouths of tributaries before undertaking their final journey to their spawning grounds. 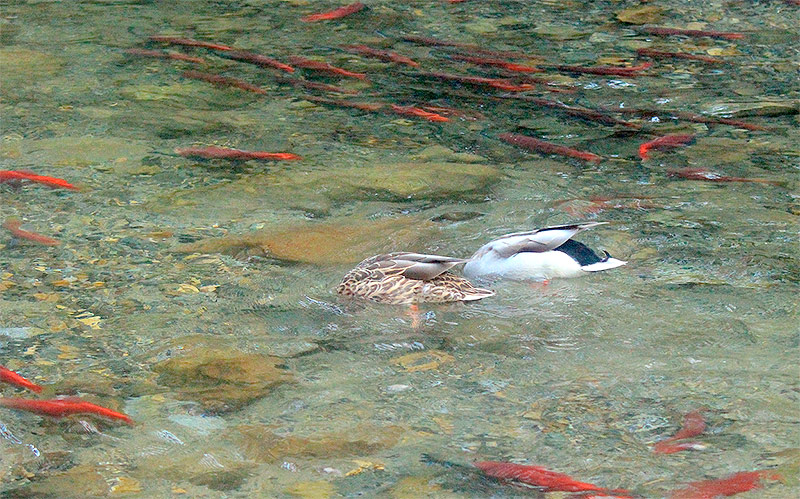 Kokanee were first introduced to Lake Tahoe in 1944 and soon became an important component of the lakes’ recreational fishery. Though supplemented by hatchery plants in subsequent years, small self-sustaining populations quickly became established in the lakes’ tributaries. Each fall, Kokanee Power volunteers and CDFG collect eggs from wild caught fish gathered from the Little Truckee River and Taylor Creek to raise in hatcheries and release. Today Taylor Creek, just west of South Lake Tahoe, is the principal spawning tributary for kokanee (Beauchamp et al. 1994) and a great place to observe these brightly colored fish as they spawn by the thousands each year in late September and early October.

This fascinating spectacle will be celebrated at the Kokanee Salmon Festival next weekend. Not only do people flock to Taylor Creek this time of year for close encounters with kokanee, but it also attracts the local wildlife. The kokanee run presents a special opportunity for wildlife to supplement their regular diet with energy-packed salmon eggs; even mallards, which typically feed on terrestrial and aquatic vegetation, eagerly gobble up “kokanee caviar”.