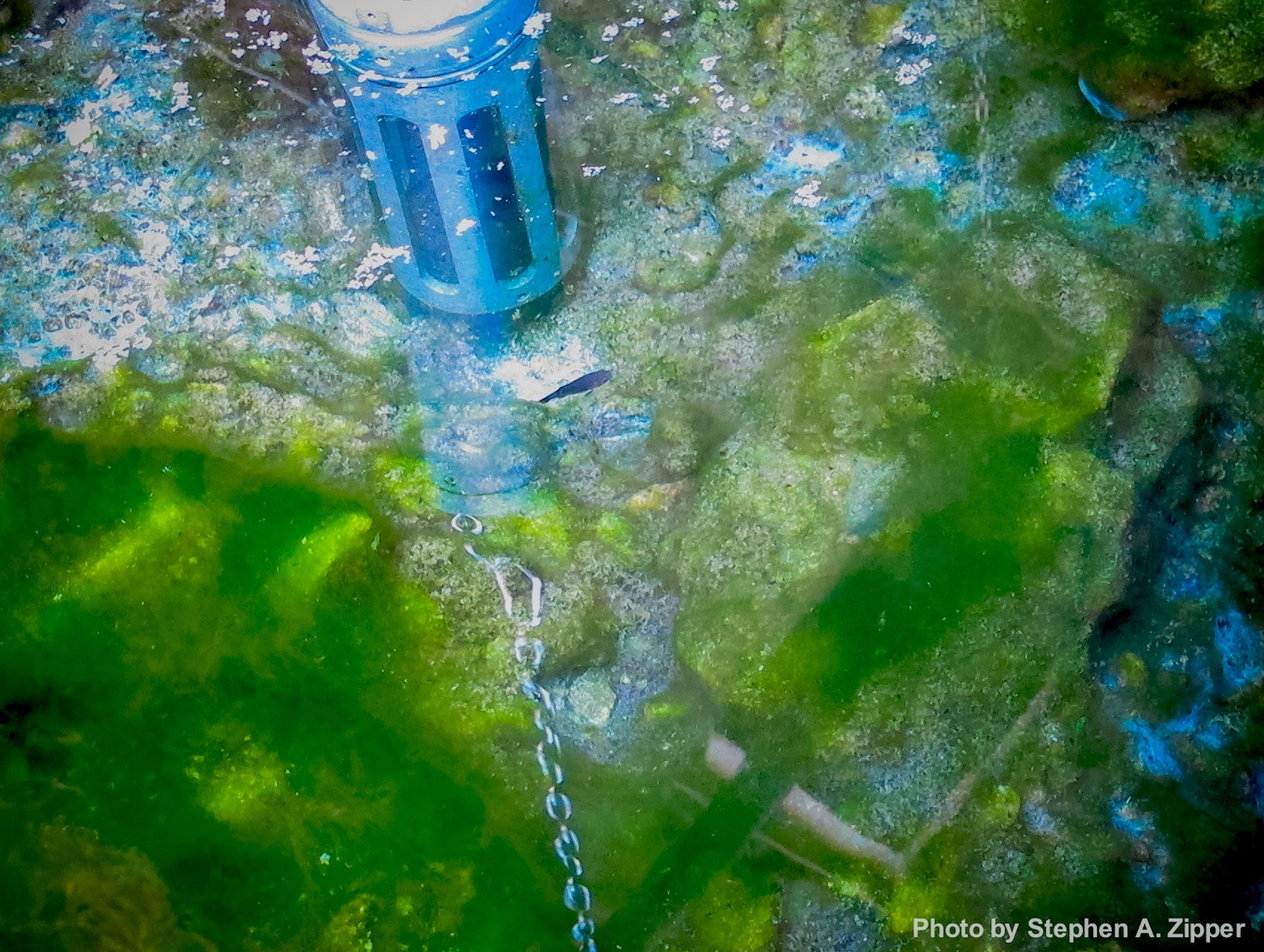 In a recent blog post, we explained why some scientists believe we are witnessing the approaching extinction of the iconic Delta Smelt (see The Uncertain Future Of The Delta Smelt). Meanwhile, approximately 550 km inland (as the crow flies), another fish may be on the same track. The Devils Hole Pupfish was listed as endangered under the Endangered Species Protection Act in 1967 (later the Endangered Species Act of 1973). This iconic species is extremely rare, and the only fish species that lives in its small, unique environment (see Fish In Unlikely Places and Living On The Edge). Devils Hole, located in Ash Meadows National Wildlife Refuge in Nevada, is an aquifer-fed cavern characterized by fairly consistent water temperature on the hot side of warm at 93°F (34°C), and low dissolved oxygen concentrations (2.5-3.0 mg/L). While this may not seem the ideal place for a fish species to carve out a living, that is exactly what the Devils Hole Pupfish has been doing for quite some time. But with so few fish remaining (see graph below), scientists take special care to monitor how well the species is holding on by counting the fish in their habitat. 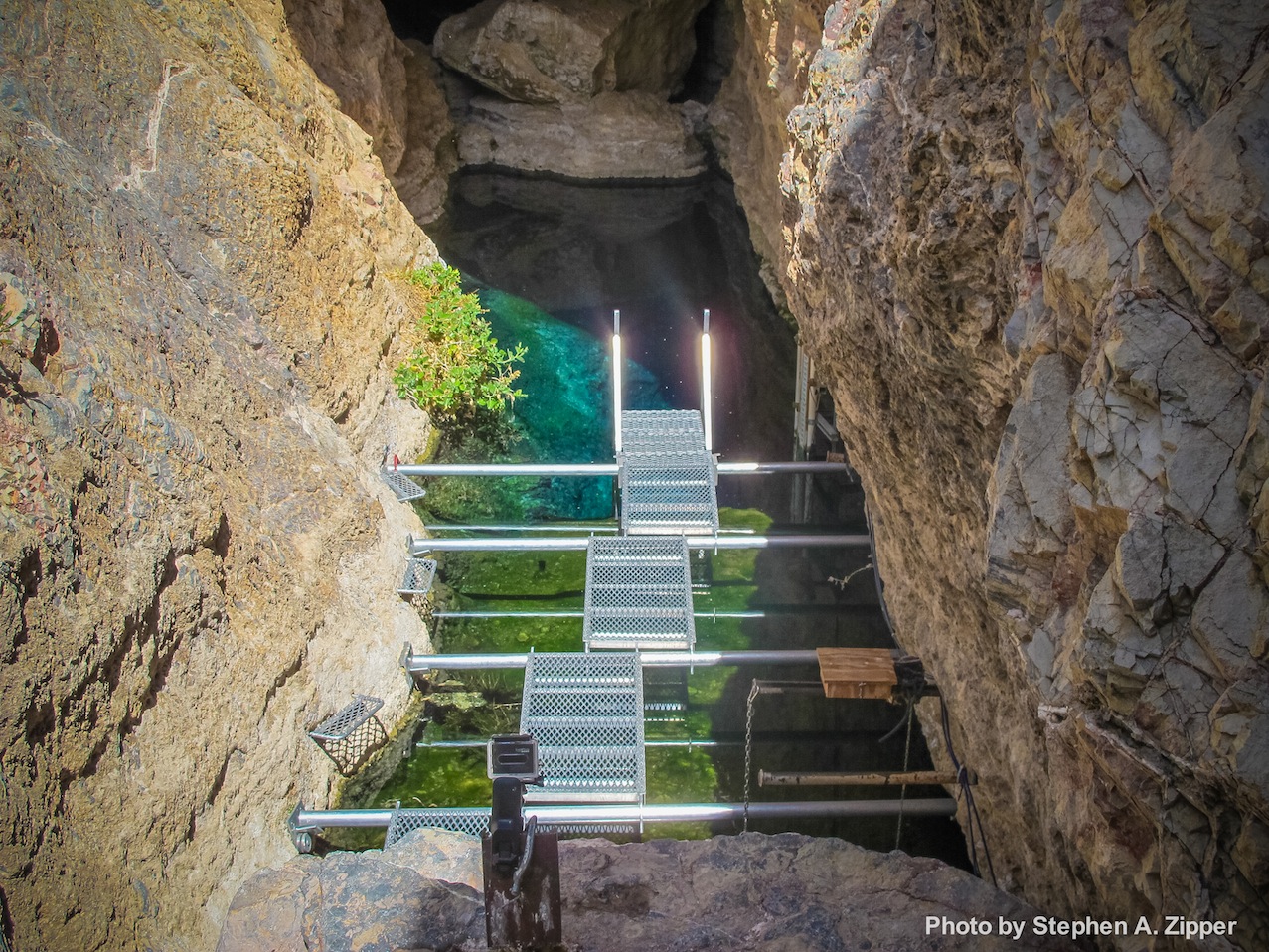 To get the pupfish population headcount, biologists conduct multiple-pass scuba surveys in Devils Hole twice a year (in fall and spring) from approximately 100 feet deep to the surface of the water. At the same time, a team of biologists also conducts a surface count of fish on the hole’s shallow shelf (see below metal grates in the photo above). The SCUBA count and surface count are combined to determine a total for each pass, and results from each pass are averaged to determine an index of abundance for the season. This year’s spring count for Devils Hole Pupfish was conducted on April 11 and 12, and the final count was 83 fish. While this is a drastic improvement over the all-time low of 35 pupfish counted in Spring 2013, the population remains in decline (Beissinger 2014, see the graph below). On a good note, this year’s spring count did document fish in healthy condition as well as smaller fish that indicate new recruitment. This news is very exciting, as it means the pupfish are still spawning naturally and producing new viable offspring. 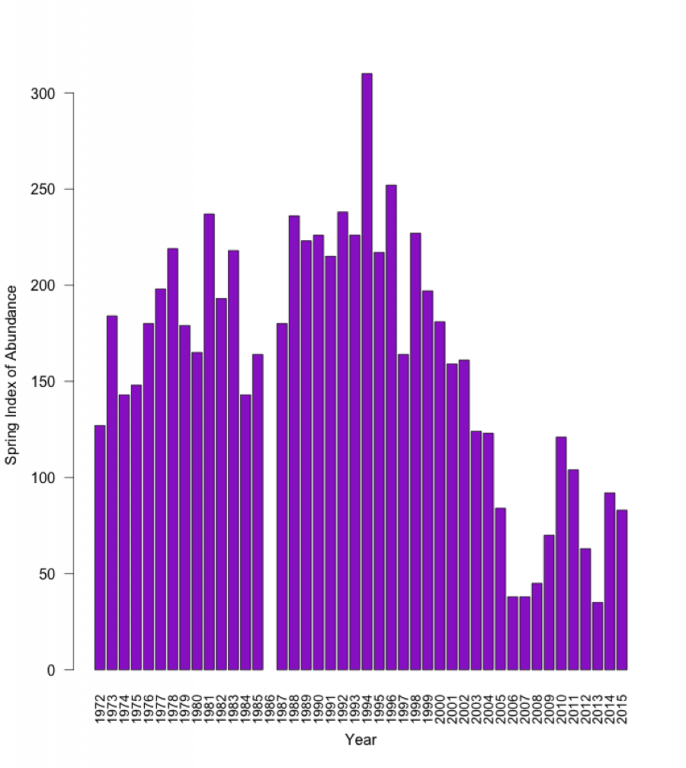 The counts allow biologists to evaluate the status of the Devils Hole Pupfish population, and this long-term dataset of approximately 40 years provides an extremely valuable tool for managing the species. The Incident Command Team, comprised of biologists from the United States Fish and Wildlife Service, National Park Service, and Nevada Department of Wildlife, conduct monitoring on Devils Hole Pupfish throughout the year, and has been instrumental in the protection of this species. As small populations have a great potential for extinction (Reed and Stockwell 2014), there is great concern for the remaining Devils Hole Pupfish. Analyses on average time to extinction do not bode well for the species, which is already living in temperatures near the limit of its thermal tolerance (Hausner et al. 2014). Estimates for extinction vary from as long as 360–2,900 years (Reed and Stockwell 2014) to as few as 26–27 years (Beissinger 2014). Biologists are doing what they can to help keep the fish hanging on, including supplementally feeding wild fish, increasing refuge habitat on the shallow shelf in Devils Hole for larval fish, and establishing a refuge population at the Ash Meadows Conservation Facility. The need for such efforts is likely to increase in the future to prevent this charismatic fish and symbol of the Endangered Species Act from disappearing. 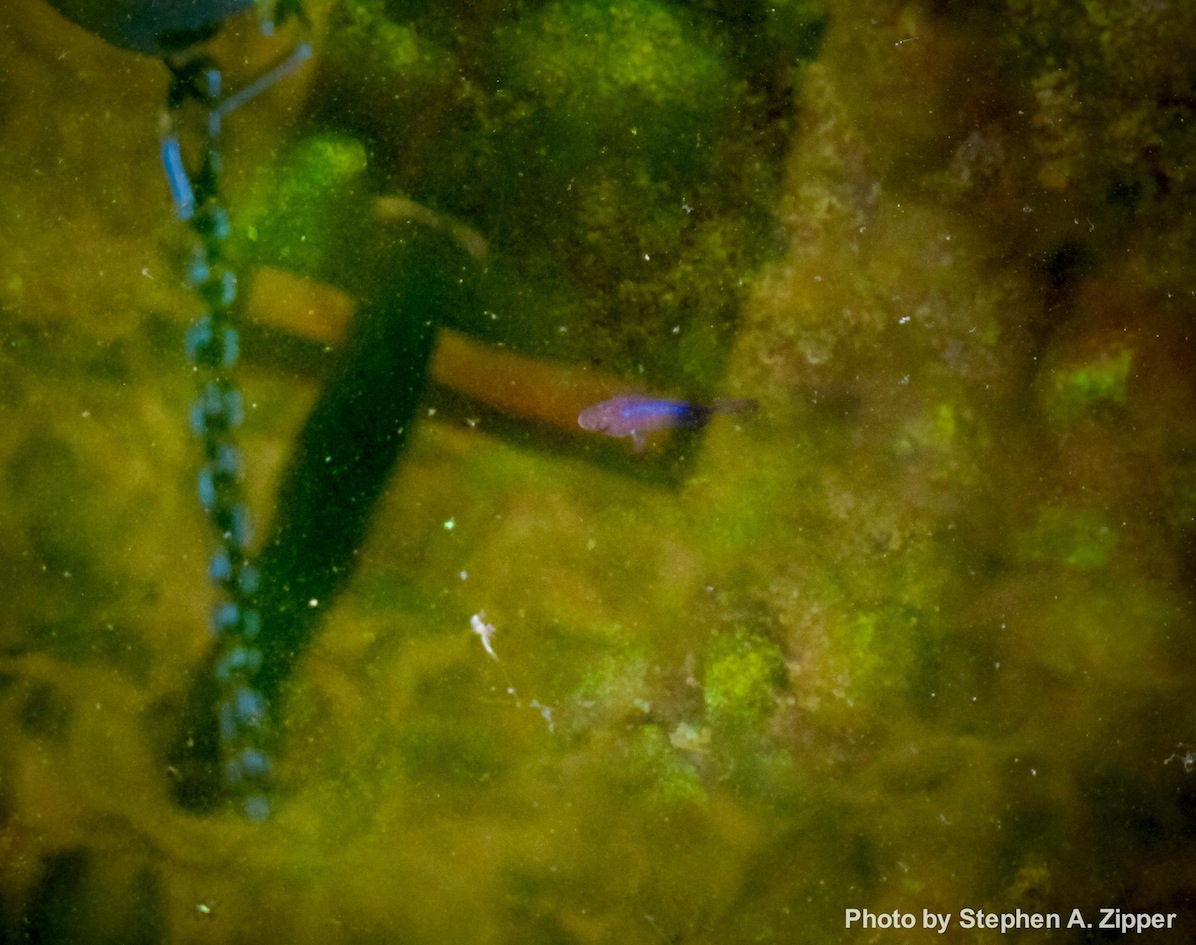