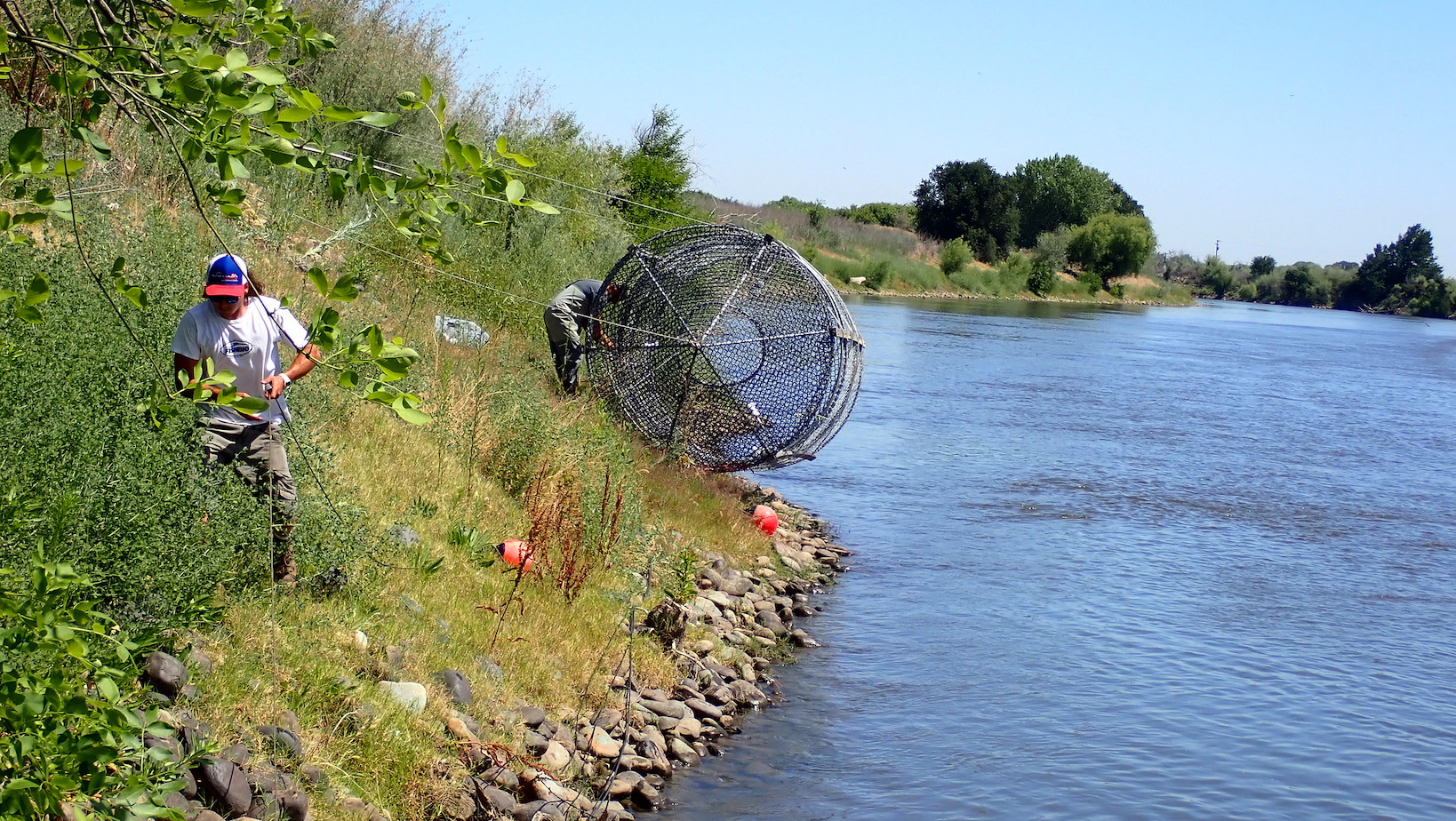 For the last few years, we’ve been conducting a study in the San Joaquin River for which we deploy multiple fyke traps in the spring and early summer to catch, tag, and release striped bass, black bass, and catfish species. One of the objectives of the study is to estimate the population abundance of these target species in the San Joaquin River, much like the California Department of Fish and Wildlife has been doing for striped bass in the Sacramento River since 1969. In order to calculate accurate population estimates, it is essential to tag and release as many fish as possible to improve the probability of recapturing a significant number of those tagged fish. There are several ways to increase the odds of capturing and recapturing the target species, such as using more fyke traps, sampling for a longer time, or increasing the efficiency of the trapping method (design a better trap). But one of our biggest hurdles is permitting constraints: we are only allowed to handle the targeted species when water temperature remains below a predetermined threshold. This temperature constraint is for the welfare of the fish to reduce stress and risk of mortality.

To help improve our study estimates, we have been trying to increase the number of fish that are tagged with Passive Integrated Transponders (PIT tags) by piggybacking on other projects that capture our species of interest. One of our electrofishing projects in the South Delta as well as electrofishing and fyke trapping efforts conducted by the U.S. Bureau of Reclamation as part of the San Joaquin River Restoration Program have all been tagging our species of interest when they are encountered. We currently have multiple methods of recapturing tagged individuals, which include catching them in our own fyke traps, detecting them with PIT tag antennas in the weirs on the Stanislaus and Tuolumne rivers, recapture by other research projects, and reporting of tag recaptures by anglers. 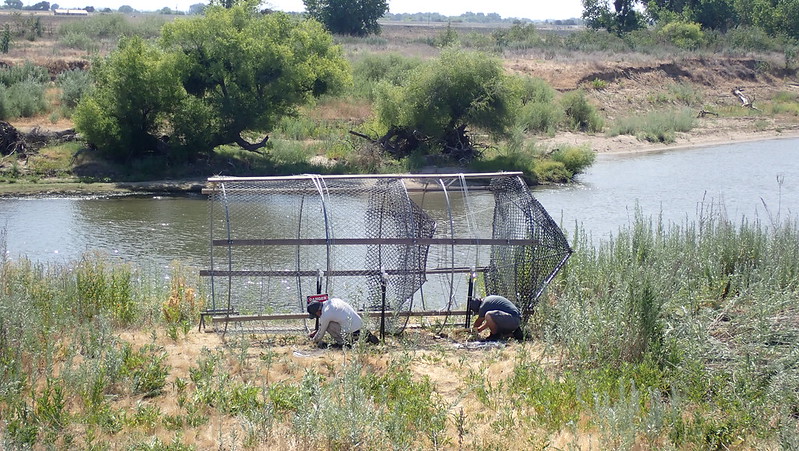 This year, we tested a novel idea to further increase our fish recaptures: we modified a fyke trap so that it does not actually trap fish, but allows the fish that enter to pass through and continue on their way while passing through a PIT antenna. We are referring to this modified piece of equipment as a passive fyke. A fyke trap usually has two cones, or fykes, that constrain the fish to pass through smaller circular openings until they become trapped in the upstream end of the trap, and are unable to find the opening through which they entered. To modify this trap, we removed one of the cones so that fish only have to pass through a single three-foot-diameter circular opening containing an integrated PIT tag antenna (shown in the photo below). The outer wire mesh on the upstream side of the trap was removed to allow fish to freely exit the trap. We have also included underwater cameras to record fish that pass through the fyke and integrated PIT tag antenna. 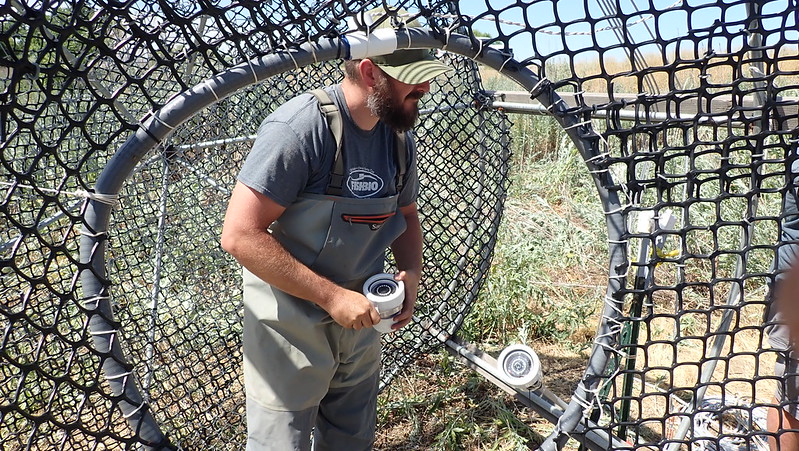 Because no fish are handled by people with this device, we can continue to sample later into the summer as water temperatures increase and we are not allowed to trap and handle individuals. The hope is that PIT tagged fish will pass though the antenna on the passive fyke and get recorded by a shore-based recorder. The cameras will also allow us to determine the number of untagged fish passing through the passive fyke. This system requires weekly battery replacement and data downloads, and is expected to significantly improve our odds of collecting additional recapture data. It shows that with some creativity, even fish trapping can be automated.