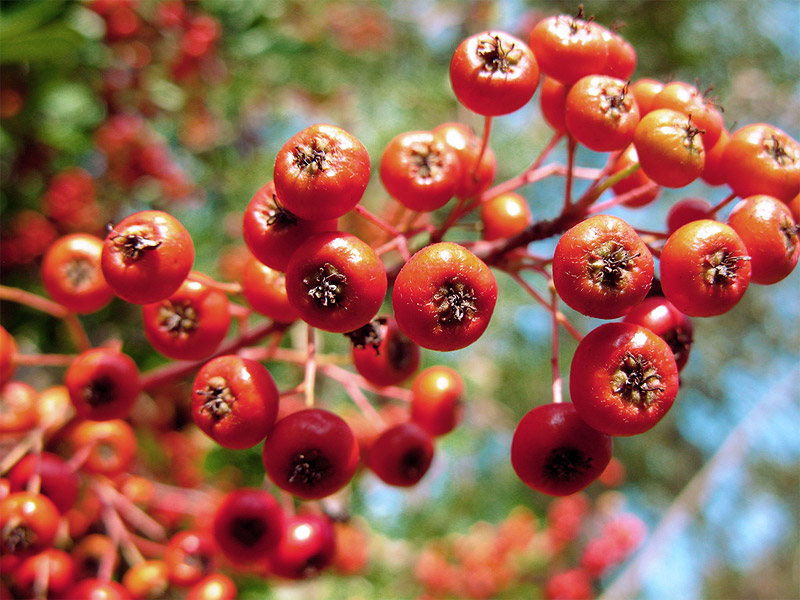 Toyon (Heteromeles arbutifolia), also known as “Christmas berry”, was once commonly used throughout California as a holiday decoration. Toyon is native to California and is found in the Coastal ranges and Sierra Nevada foothills. Early European settlers of the region thought it resembled the traditional Christmastime favorite, English Holly (Ilex aquifolium), native to the British Isles, and southern and central Europe. Toyon sprigs were used as a commercial substitute in California, until a state law banned the collection of toyon in the 1920s. The evergreen shrub has leathery, dark green leaves with serrated edges, and small, white flowers in the summer are followed by clusters of red berries around wintertime. Native Americans along the West Coast used the berries for food and medicine, although eating the unprepared berries in large amounts can be toxic. It may be safer to stick to fruitcake this season. Happy Holidays!