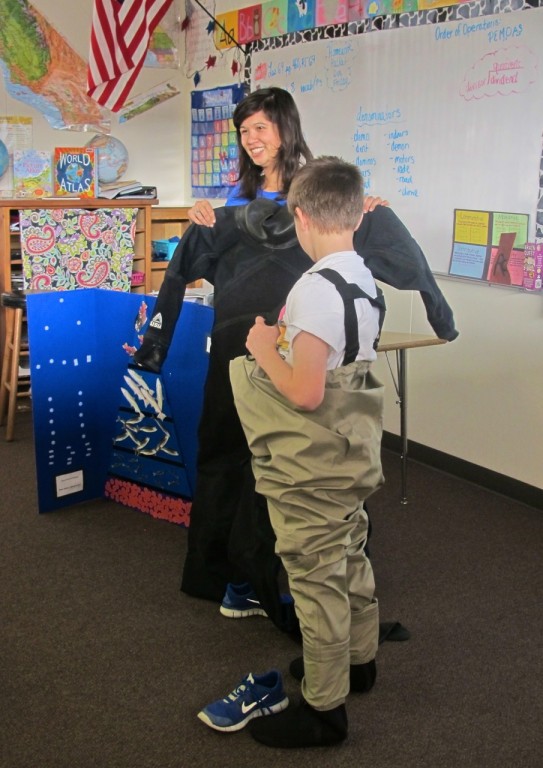 Throughout the watersheds of California’s Central Valley, bright orangey red salmon eggs are hatching into wiggling, yolk-sac-bearing alevin, developing and growing in the safety of river gravel. A similar transformation is also taking place in a more unlikely environment: inside classrooms throughout the state. Students participating in the Salmon in the Classroom program are currently raising salmon eggs in classroom tanks, watching the fish hatch and grow from eggs into alevin, and eventually into fry that they will release into the river.

FISHBIO staff recently visited a few participating classes to introduce an activity called the salmon survival pyramid. Using a felt board and cutouts of our own fish photos, students walked through the fate awaiting the young salmon they would soon release. They learned that growing up is tough for a salmon: out of 2,000 salmon eggs and the resulting 200 fry, only about 5 will make it to adulthood and only 3 will survive to spawn! We then showed photos of the methods that FISHBIO uses to survey salmon at each life cycle stage, including redd surveys at the egg stage, snorkel surveys at the fry stage, rotary screw trap outmigration surveys at the smolt stage, hook-and-line “surveys” at the ocean adult stage, and weir passage counts at the spawning adult stage.  Trying on some of our sampling gear was also a hit with the students. 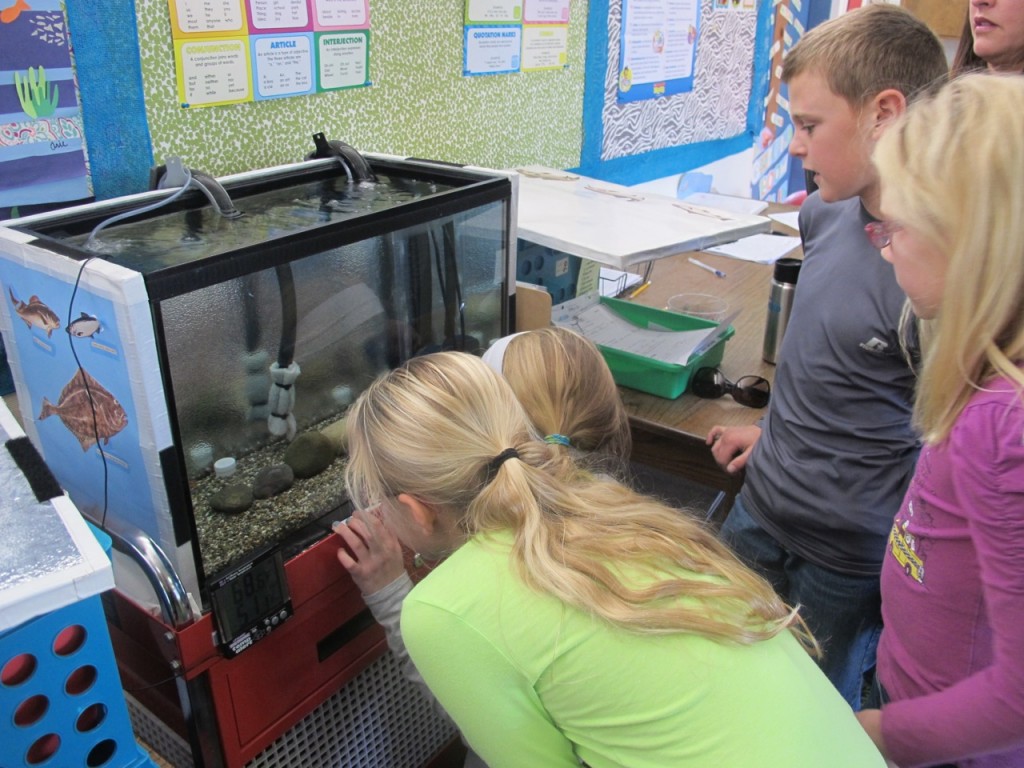 Educational programs are an important way for FISHBIO to connect with our community, and an opportunity to inspire the next generation of fisheries biologists (see FISHBIO in the classroom). We’re currently launching a cross-cultural environmental education program between our communities in California and Laos in celebration of World Fish Migration Day. More information to come!