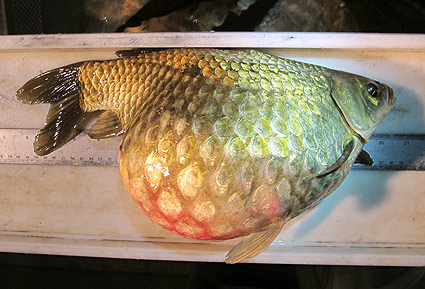 This goldfish (Carassius auratus) has got to be one of the more unusual creatures we have come across. We’re not sure what caused this abnormal distension of the abdominal cavity, but we were definitely surprised when it was captured in a Sierra Nevada reservoir.