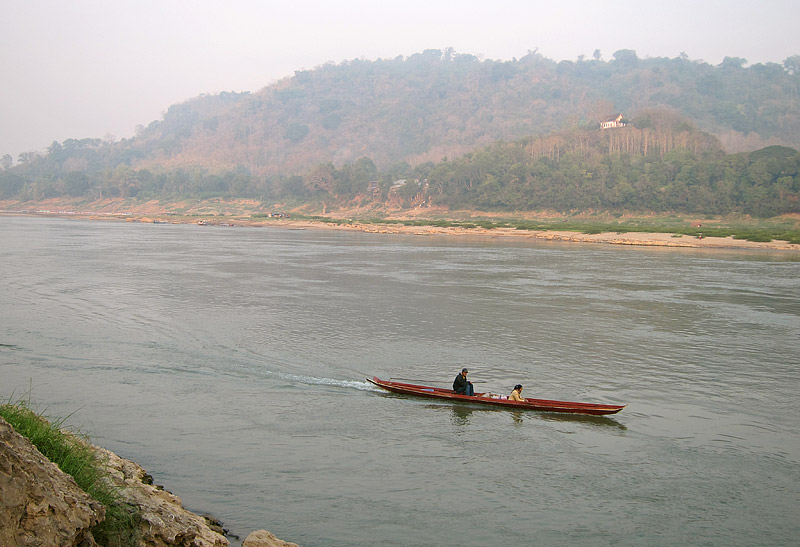 Many dams are under construction or have been proposed on the Mekong River and its major tributaries for hydropower development. Because of the potential earnings from exporting power, many see hydropower as a means for reducing poverty and lowering national debts, as well as achieving regional economic prosperity and energy security. However, dams may have many environmental impacts, such as blocking migrating fish like the Mekong giant catfish, and disrupting floodplain hydrology downstream. 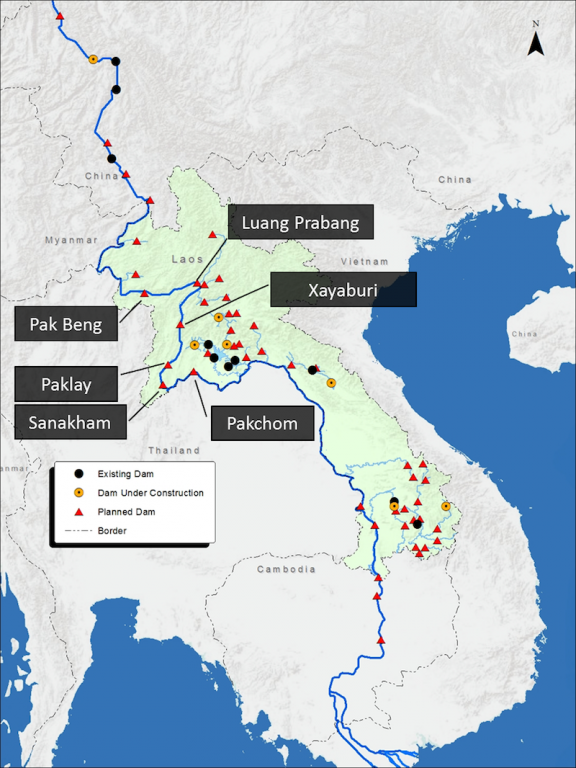 The international Mekong River Commission (MRC) is an inter-governmental agency, consisting of Lao People’s Democratic Republic, Cambodia, Vietnam, and Thailand, which regulates the construction of dams in the main stem of the Mekong River. Recently, researchers from Stanford University, Princeton University, the WorldFish Center, and Cambodia’s Inland Fisheries Research and Development Institute, published results of a study that examined the potential impacts of Mekong tributary dams. Even though there are 11 dams planned on the main stem of the Mekong River, the study (Ziv et al. 2012) focused on the 27 tributary dams planned for construction between 2015 and 2030, because individual nations regulate the tributary dams and don’t need the approval of the MRC. The hydropower study modeled the potential environmental impacts of 130 million dam building scenarios and came to the conclusion that construction of all planned 78 tributary dams, in the absence of main stem dams, would cumulatively have more impact and produce less energy than the just the six upper-most mainstream dams (the proposed Pakbeng, Luang Prabang, Xayaburi, Paklay, Sanakham, and Pakchom dams). Ziv et al. (2012) provides a framework for decision-making in terms of the trade off between energy production and fish production, and suggests that a threshold rule can be designed to determine tributary dam scenarios that would minimize potential impacts.