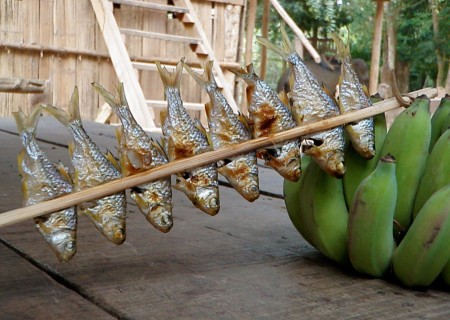 Food is fish in Southeast Asia. Wherever you look, fish are a major part of diets and contribute substantially to human nutrition and food security. Fish (no matter how small) grilled on a bamboo skewer is a typical meal. The head and bones go down with the meat, providing an important source of calcium and omega-3 fatty acids. Over 65 million people depend on the aquatic resources of the Lower Mekong Basin for subsistence and income, and it is the most productive inland fishery in the world. 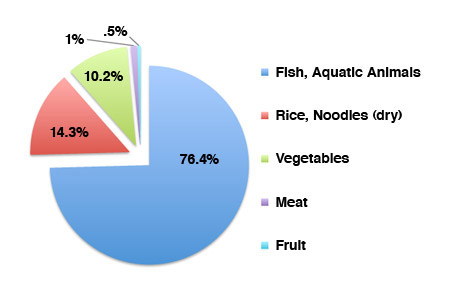 FISHBIO has been surveying households in villages of central Lao PDR to determine how much fish contributes to diets. Preliminary data analyses are showing that fish and other aquatic animals may contribute as much as 76.4% (by weight) to total food consumption, with rice as the second highest contributor. Other meats are only 1% of the total diet. These data were collected between July 2010 and February 2011 in 80 separate households in one village. This period is dominated by the rainy season, when fish catch and consumption is highest. This is just a preliminary analysis, but we will continue to collect data for a total of 18 months to gain a comprehensive estimate of how reliance on fish fluctuates throughout the year.