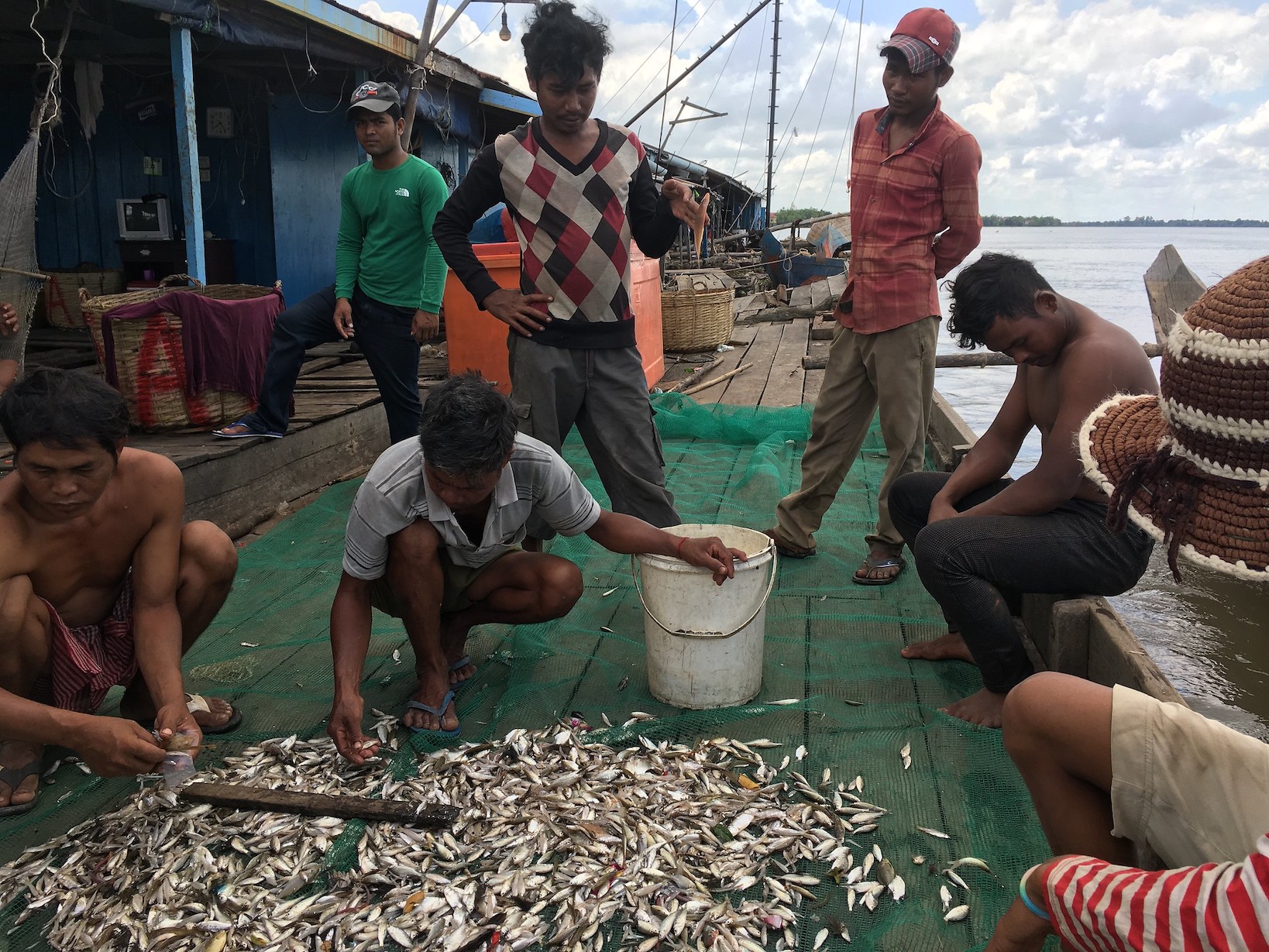 There are few fishing techniques more efficient than large nets. They can be strategically placed and left to soak for a few hours or days, ultimately catching a substantial amount of fish with minimal effort from  fishers. However, there is a notable downside to this approach: nets don’t discriminate. A net will catch whatever drifts or swims into it, as long as the fish in question is large enough to be caught in the mesh. This means that juveniles and adults of numerous species may be captured, regardless of whether they are at an appropriate age or size for harvest, or even desirable to  the fisher. Such indiscriminate approaches to fishing can lead to significant changes in the structure of fish communities, and may even contribute to the collapse of formerly productive fisheries. An insightful example of these changes can be found in a study that assessed the impacts of the dai net fishery in the Tonle Sap system of the Mekong Basin (Ngor et al. 2018). 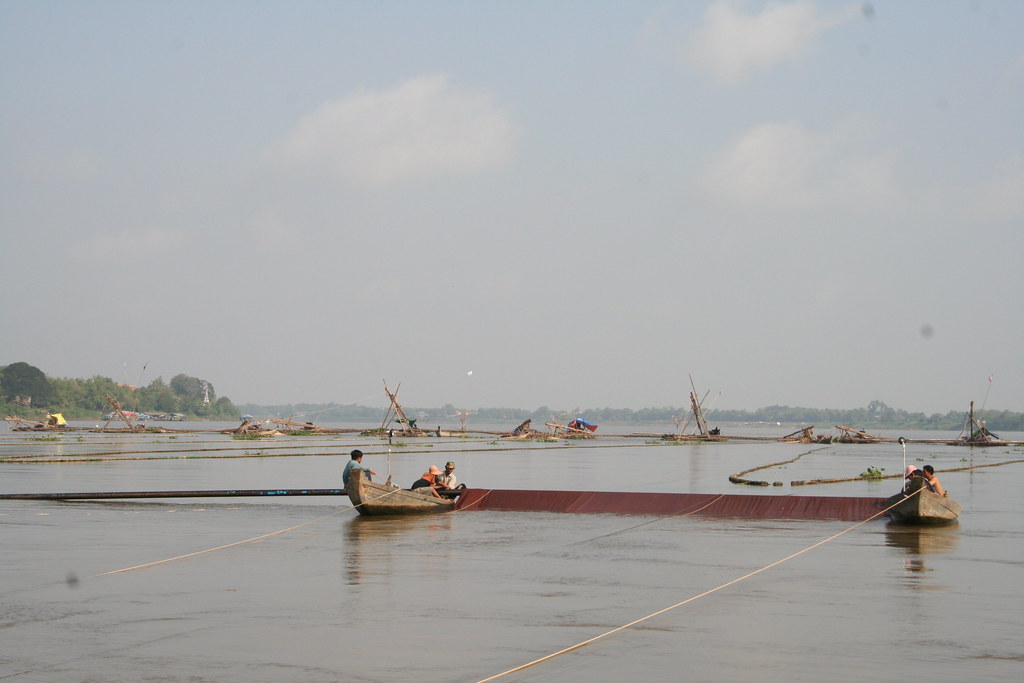 Located in Cambodia, the Tonle Sap is a seasonally inundated freshwater lake that flows into the Tonle Sap River, a tributary of the Mekong. This lake is essentially a large, productive floodplain that many fish use as a feeding and nursery ground. To take advantage of this productivity, the people of the region have used stationary trawl nets (known as dais) since the late 1800s to harvest fish as they move out of the lake into the river. The Tonle Sap River and Lake fishery accounts for approximately 70% of Cambodia’s fish production (both inland and marine) of 767,000 tons per year. The fishery currently employs about two million people. Because of its ecological, economic, and cultural significance, researchers and managers have taken interest in identifying changes in the fishery over time. Using 15 years (2000-2015) of catch data, a team of scientists evaluated trends in the annual dai catch, including the species, size, and trophic level (location in the food chain) of the fish that were captured. 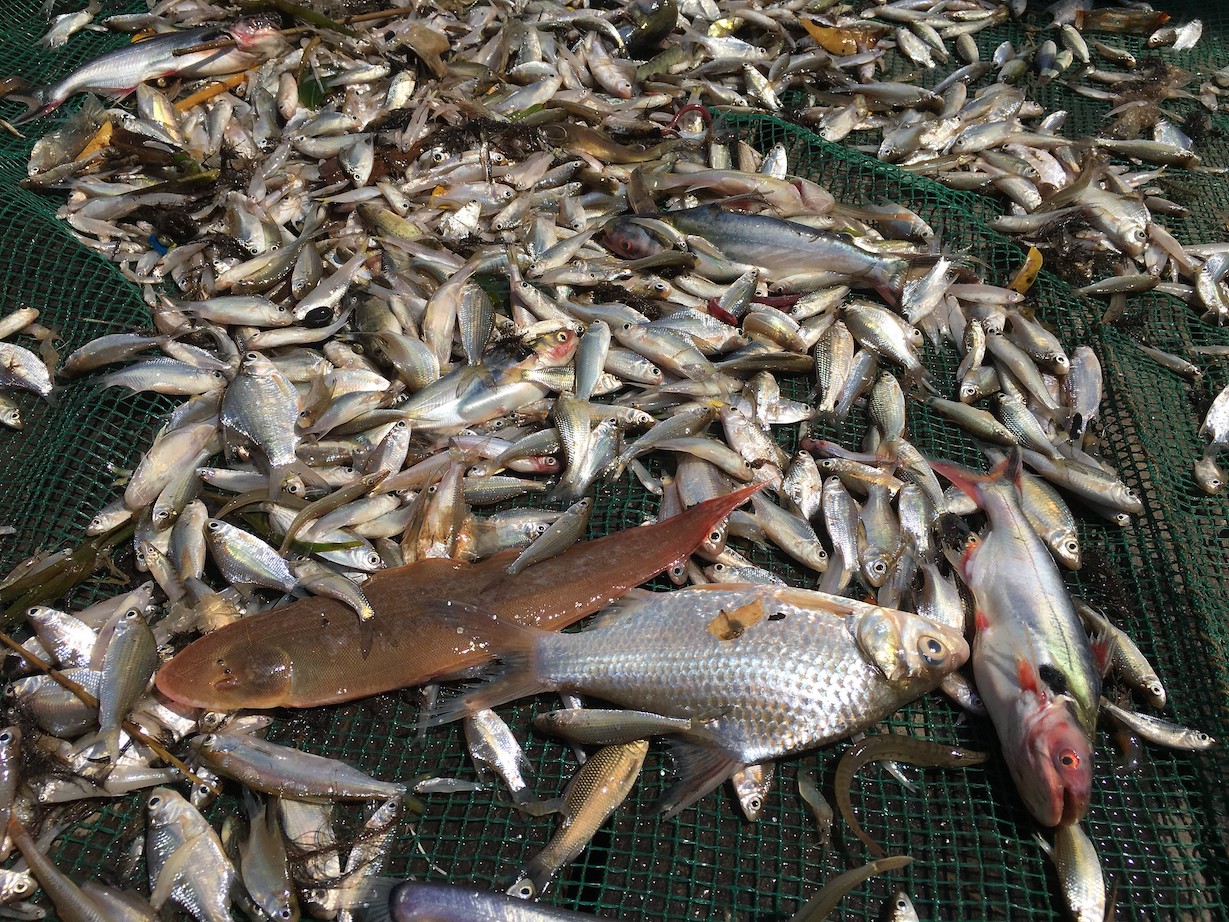 The total weight of fish harvested each year was found to be remarkably consistent over the study period, suggesting the Tonle Sap fishery has been resilient in the face of increasing fishing pressure. Of the 116 total species caught, however, 78% were found to have declining seasonal catches over the study period. Notably, the fish that were being caught less frequently were species that are higher in the food chain and have a larger adult body size. This apparent reduction in the abundance of slower growing, larger fish may be a result of several factors. First, these larger species take longer to mature; for example the Mekong giant catfish (Pangasianodon gigas) doesn’t reach maturity until it is about seven years old. Second, they often undertake long migrations between habitats over the course of their life cycle. Both of these factors may make these fish more likely to be harvested before they are able to reproduce, and have likely led to their decline. Fewer large fish may have led to less predation of smaller species, allowing them to increase in abundance and represent a larger proportion of the catch, thereby keeping the total harvest fairly stable over time in terms of weight. However, even among these small species the average body size was shown to be declining, suggesting they too may have fewer individuals reaching maturity. The scientists warn that this may be a sign that the Tonle Sap system is nearing the limit of its capacity to maintain fisheries harvests at the current level. 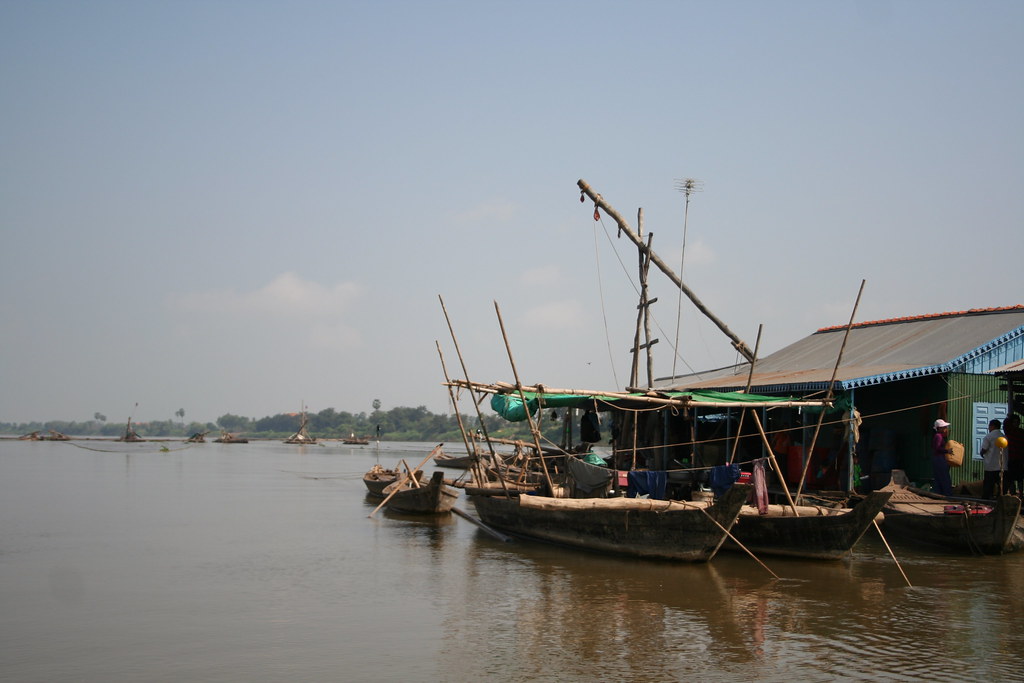 In spite of these alarming trends, there is reason to hope that this fishery can be managed sustainably. Cambodia already has institutions in place that are designed to protect fisheries and ensure that they will continue to be productive for future generations. The authors of this study suggest that regulations focused on the timing of the fishing season could be implemented to allow more fish to spawn prior to capture. Through the use of future modelling studies and careful planning, it may be possible to manage this very old and important fishery so that it will continue to support Cambodians for years to come.