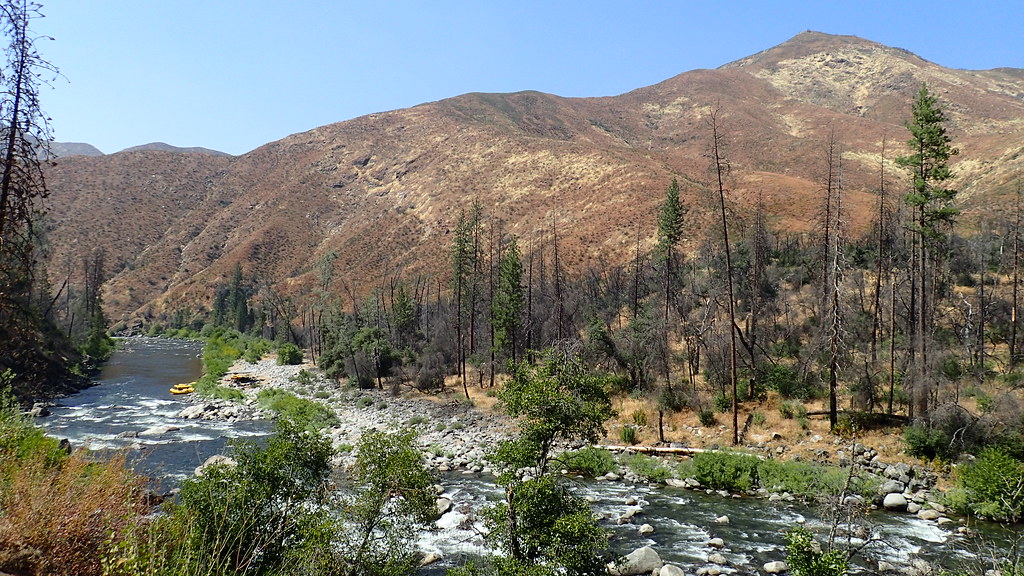 While polar bears are often the face of climate change vulnerability, freshwater fish may face just as many or even greater challenges from a shifting climate. Freshwater fish are already among the most imperiled animals on the planet, and climate change represents a major threat to the numerous ecological, cultural, and economic benefits that fish provide. In addition, freshwater habitats such as lakes and streams are often naturally isolated and fragmented, meaning fish cannot disperse to more suitable areas like terrestrial animals can when faced with a unfavorable conditions. Scientists have long been assessing this threat through numerous studies that document the current effects of climate change on fish populations, as well as those seeking to predict future impacts under different scenarios. Synthesizing and evaluating trends in this wealth of data is challenging but valuable in order to guide future research and management endeavors, and also identify gaps in existing research. With this ambitious goal in mind, a team of researchers undertook and published just such a synthesis (Meyers et al. 2017), which summarizes the current state of climate change research related to freshwater fish.

An astronomical number of publications relate to the effects of climate change on fish, and even a simple Google Scholar search of the terms “climate change” + “fish” yields a staggering 841,000 results. Therefore, the authors of this synthesis carefully selected just publications that included quantitative data on the current or predicted effects of climate change on freshwater fish, and came up with a much more manageable list of 179 relevant publications. Each was reviewed for information on where the study took place, what type of fish it assessed, and what effects it measured. To more easily identify patterns, fish species were classified into three temperature guilds: coldwater fish (such as salmon), coolwater fish (such as perch), and warmwater fish (such as bass). The main objectives of this approach were to determine whether the effects of climate change were the same in both documented and projected scenarios, to assess whether these effects varied among the temperature guilds, and to identify the most common management recommendations.

Among its findings, the assessment revealed that studies addressing projected effects of climate change generally focused on different fish responses than those documenting the current effects of climate change. For example, many studies assessing projected effects focused on changes in a species’ distribution, whereas studies documenting current effects often focused on changes in the seasonal timing of the species’ life cycle. Unfortunately, this makes predictions and actual measurements difficult to compare. Another finding was that salmonids absolutely dominated the literature. This family of coldwater fish, which represents only about one percent of total freshwater fish diversity, was the subject of 61 percent of the assessed studies. The focus on salmon means that cool and warmwater fish species are decidedly understudied, and thus it is difficult to draw conclusions about how climate change will affect these groups. A third finding was that although studies of projected effects are currently much more common, studies documenting the current effects of climate change are increasing over time, largely as a result of data from long-term monitoring networks around the world. Finally, the synthesis revealed a troubling trend in existing research, namely that very few studies have focused on freshwater fish outside of North America and Western Europe. Despite the equal (or perhaps greater) threats posed by climate change to freshwater fish in South America, Asia, and Africa, they were almost entirely unrepresented in the literature.

Among the common management suggestions put forth, many studies recommended improving stream habitats to help mitigate the effects of climate change. Frequently proposed approaches included restoring riparian areas, improving connectivity, and reducing groundwater pumping. Additionally, maintaining the diversity of fish species, both in terms of genetics and physical characteristics (phenotypes), was often touted as a key to their continued survival in the face of climate change. Discussions also focused on reducing the climate-related spread of invasive species, with the most frequently cited management techniques being the regulation of imported species and open harvest of non-natives. The synthesis authors stressed that an overarching strategy suggested in many of the reviewed publications was to take a holistic approach by considering the multiple stressors affecting freshwater fish, and to implement more long-term monitoring. By identifying research gaps and highlighting commonly proposed actions, this valuable synthesis helps advance our understanding and guide future studies and activities related to freshwater fishes facing an uncertain and changing future.