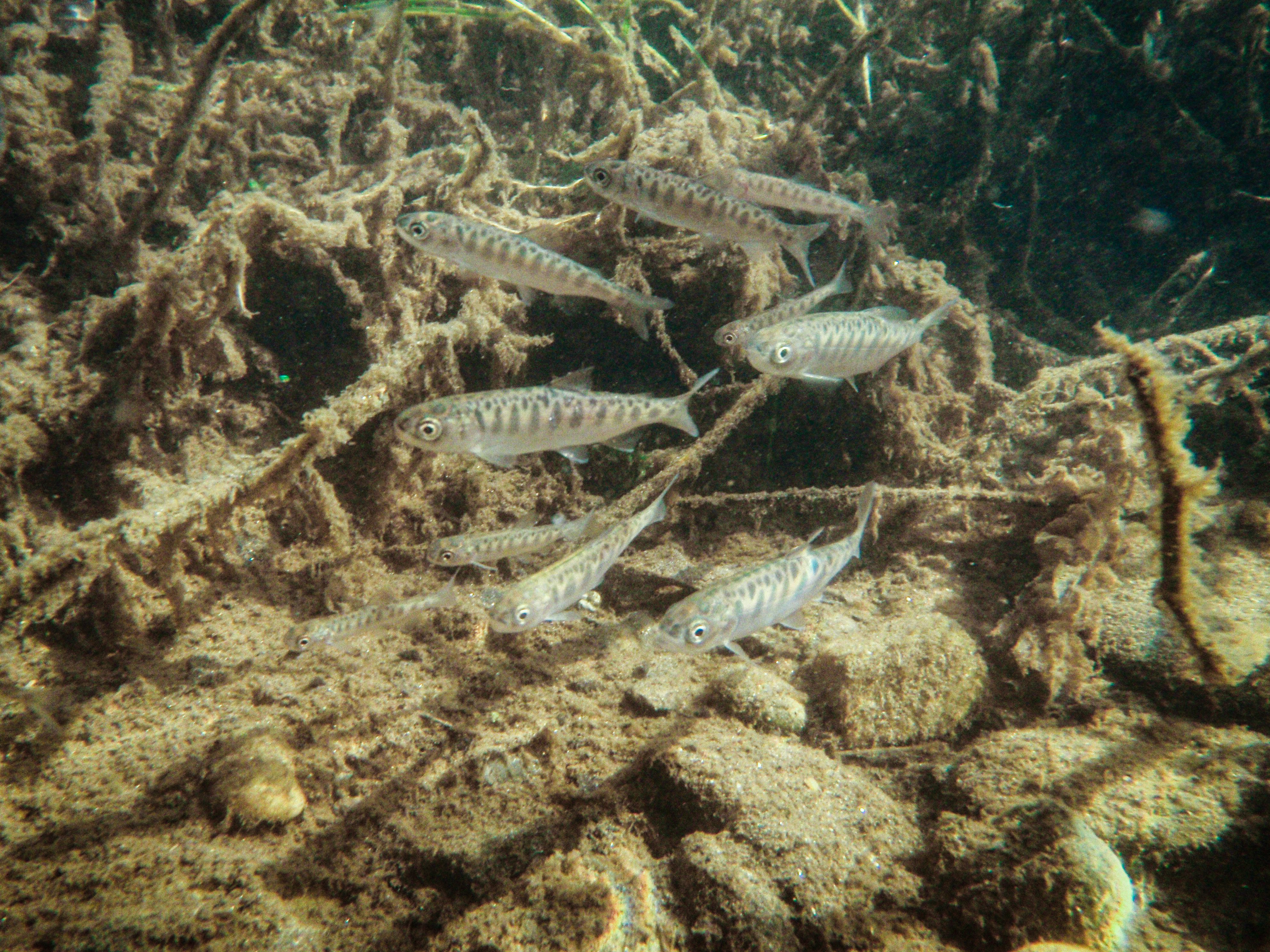 Many animals possess sensory abilities that defy the human imagination. For example, magnetoreception, or the ability to perceive magnetic fields, is a sense found in some mammals, birds, reptiles, fish, and invertebrates. In many species, including Chinook salmon (Oncorhynchus tshawytscha), this sense is an important tool that allows for navigation across great distances. However, the mechanisms of this internal compass remain a bit of a mystery, particularly in fish. To learn what allows salmon to use this navigational superpower, a recent study exposed juvenile Chinook to a strong magnetic pulse and evaluated their subsequent behavior (Naisbett-Jones et al. 2020). The resulting analysis provided insight into the inner workings of fish magnetoreception.

There are two primary theories as to how animals may perceive magnetic fields in their environment. First, evidence suggests that some species may detect magnetic fields as a result of biochemical reactions in their bodies that are influenced by the surrounding magnetic field. Second, some species produce crystals of the mineral magnetite in their bodies, and these crystals may allow them to perceive changes in magnetic fields. There may be other, as yet undiscovered means by which animals perceive magnetic fields, but multiple experiments have provided evidence to support the magnetite crystal hypothesis. Among species with such crystals – including birds, bats, and even lobsters – exposure to strong magnetic pulses has been shown to alter orientation behavior. If these animals were relying on a biochemical response to magnetism, magnetic pulses would not be expected to have any lasting effect. Therefore, these results suggest these animals are relying upon the magnetic response of the crystals to orient themselves to the surrounding magnetic field. Although magnetite crystals have long been known to occur in fish, including Chinook salmon, no previous studies had ever tested fish response to magnetic pulses.

Young Chinook from the Elk River in Oregon were divided into two experimental groups to test the effect of magnetic pulses. One group was not exposed to any pulse, and the second was briefly subjected to a strong magnetic pulse oriented in the opposite direction of Earth’s magnetic field. This pulse was sufficient to realign the polarity of the magnetite crystals in the salmon, so if the fish were relying on these crystals to orient themselves, it was expected their orientation would shift in response to the pulse. Following exposure, fish were introduced into either a test chamber experiencing ambient magnetic conditions, or into a chamber experiencing magnetic conditions equivalent to those found at the southern border of the natural oceanic range of Chinook salmon, at approximately the same latitude as San Francisco. These magnetic conditions were chosen because an earlier study found this field elicited northward orientation in Chinook salmon slightly older than those tested in this study. The scientists then monitored the behavior of the fish in both of these test chambers.

Interestingly, there was no significant difference in the orientation of the pulsed fish and the control fish that were placed in the test chambers experiencing local magnetic field conditions, but there was a significant difference between the pulsed and control fish in the test chambers experiencing the simulated “southern” magnetic field. Those fish that had been exposed to the pulse oriented themselves towards the east-northeast, whereas the control fish were randomly oriented. While it is unclear why these pulsed fish oriented in this direction, the fact that they exhibited a significantly different orientation from the control group provides evidence to suggest that they rely upon the magnetite crystals in their bodies to navigate by the Earth’s magnetic fields.

Although these results shed some light on this remarkable ability in salmon, many questions about the mechanisms of their magnetoreception remain unanswered. Salmon are known to have both a magnetic “compass” that they use to know which direction to move, as well as a magnetic “map” that allows them to perceive where they are within an ocean basin, and it is unclear which of the mechanisms behind one or both of these abilities was influenced by the magnetic pulse. Complicating things further, different populations of salmon may have different responses to magnetic fields, and the function of magnetoreception may vary among life stages, as has been shown in birds. Scientists will need to carry out more experiments among different populations and ages of Chinook to divine more answers about salmon perception with the help of magnetic crystals.