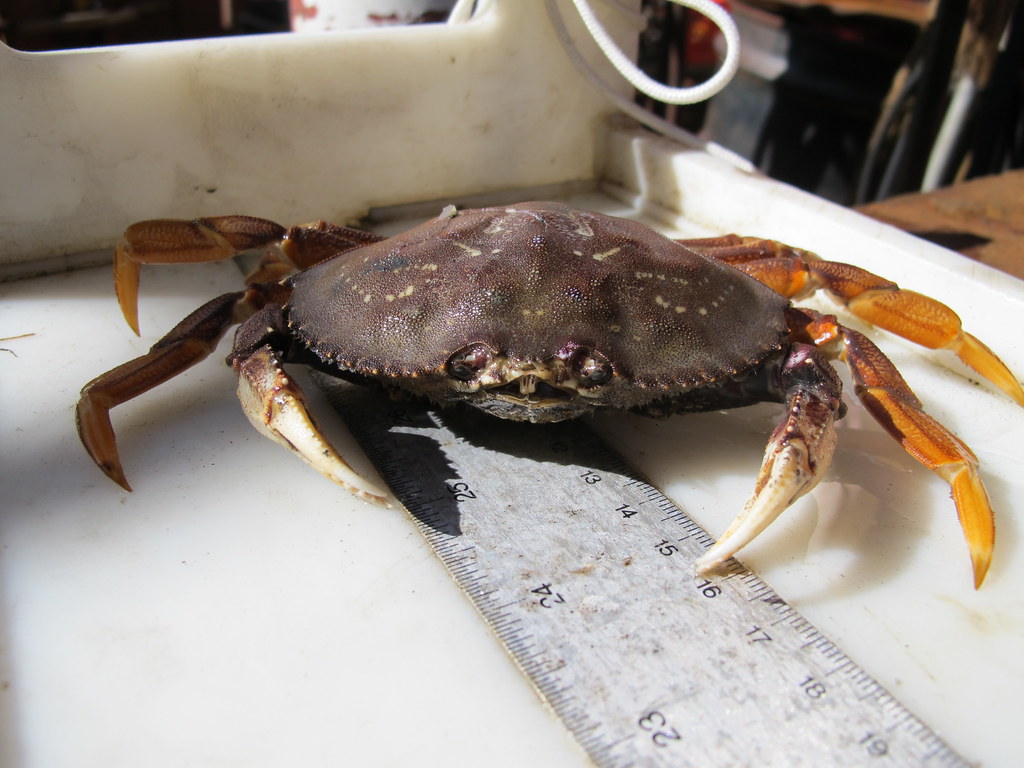 Droughts, floods, and heatwaves are all examples of “climate shocks,” or natural disasters linked to climate change, that have been becoming more apparent. Even the ocean experiences climate shocks in the form of heatwaves traveling throughout marine ecosystems, like the one dubbed “The Blob” in the North Pacific. These climate shocks, which are predicted to increase, can threaten food systems and disrupt fishing communities that depend on ocean resources. A study published in the Proceedings of the National Academy of Sciences (Fisher et al. 2021) analyzed the way West Coast fisheries have adapted to the negative effects of a climate shock in 2015-2016 that closed the Dungeness crab fishery. A marine heatwave caused a harmful algal bloom that contaminated crabs with biotoxins and made them dangerous to eat. The study found that fishing communities made significant changes to their fishing practices to mediate the effects of the climate shock, with those most dependent on the Dungeness crab fishery being the most affected.

The Dungeness crab fishery represents a quarter of California’s fishery revenue, but season delays due to the 2015-2016 algal bloom resulted in crab landings declining by nearly 50% in the state. This study analyzed networks of vessel participation and fishing patterns using over 286,000 landing records from seven West Coast Dungeness crab fishing communities. The researchers determined that the crab closure caused fishing communities to employ three main strategies to cope: spilling over into different fisheries (shifting away from Dungeness crab to catch other seafood such as sablefish, rockfish, and lingcod), fishing vessels dropping out of the fishery, and changes in mobility(fishing vessels landing catch in different ports).

The study revealed regional differences in the effects of the closure, with the most northern communities analyzed (Crescent City, Eureka, and Fort Bragg) being impacted the greatest due to their higher reliance on the Dungeness fishery. More than half of vessels in the northern region stopped all fishing for the season during the closure. Communities in the central region, including Bodega Bay, San Francisco, Monterey, and Morro Bay, were less dependent on the Dungeness crab fishery, and therefore were less impacted by the closure because they could more readily switch to other fisheries. While vessels from the northern region were more likely to switch to a single alternative fishery, vessels from the central region were more likely to increase participation to two or more alternative fisheries. Another finding was that large fishing vessels were better able to move between fishing communities than small vessels. However, following the closures, fishery participation patterns returned to how they had been before the closure, highlighting a general level of resilience in the fishing communities.

Predicting the effects of climate shocks on resource reliant communities will become more important as such events increase with climate change. Understanding vulnerabilities and identifying techniques fisheries can use to mitigate the negative effects of climate shocks can help communities prepare for future disruptions and minimize impacts on food systems. Communities with access to multiple fisheries are less vulnerable to any one fishing closure, suggesting that, similar to fish life-history traits, there are benefits to having a diverse portfolio.

This story was written by Nicholas Seyfried for an internship with FISHBIO through the UC Santa Cruz Environmental Studies Department. It featured in our weekly e-newsletter, the Fish Report. You can subscribe to the Fish Report here.