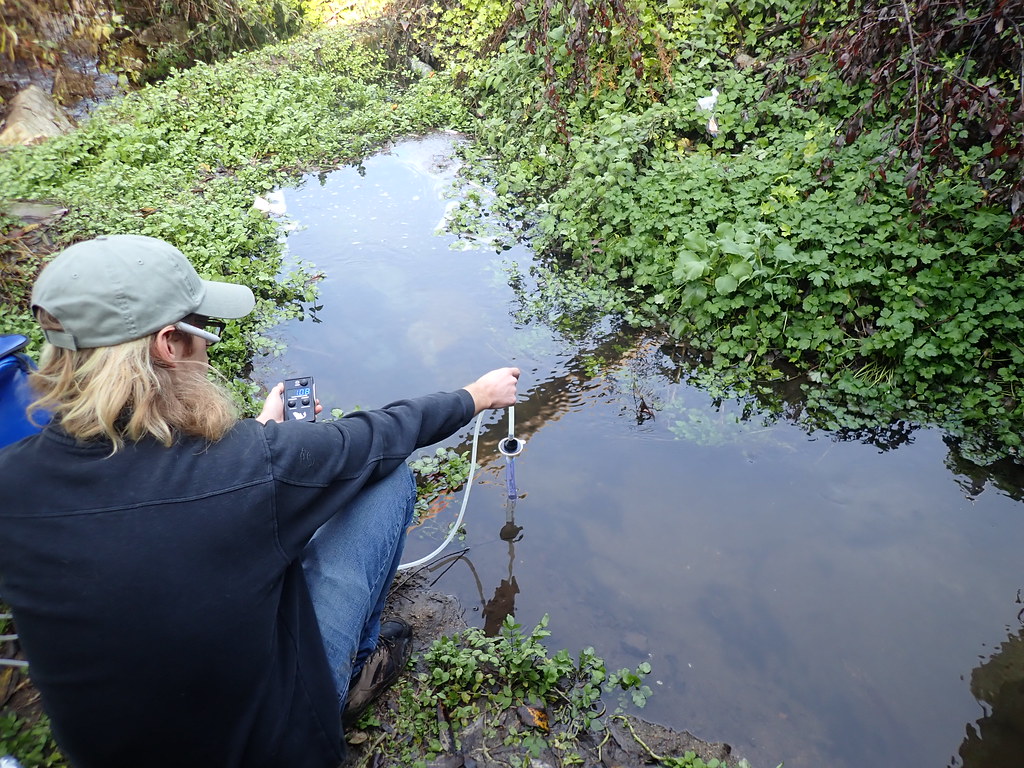 With any new technology comes a slew of new uncertainties, requiring scientists to wrestle with questions about best practices, possible sources of error, and interpretation of results. This has been the case for environmental DNA (eDNA), a relatively new approach to ecosystem monitoring that relies on detecting DNA molecules that organisms shed into their environment. Although eDNA is being used by an increasing number of research programs, a number of challenges stand in the way of its adoption as a mainstream scientific tool. To highlight these challenges and possible solutions, leading scientists in the field came together at an eDNA symposium held by the UC Davis Coastal and Marine Science Institute in January 2020. This workshop provided insight into the current challenges of eDNA approaches, ongoing projects throughout California, the need for a consensus on using eDNA in monitoring programs, and future uses and benefits of the technology.

The current challenges related to eDNA analysis are mostly due to a lack of understanding about how genetic material behaves in the environment. Presentations by various researchers explained the large number of factors that influence the persistence, distribution, and detectability of DNA molecules. For example, certain factors may prevent the detection of eDNA from species of interest, such as an extreme abundance of DNA from other organisms in the environment. Other challenges include tidal movements that can make it difficult to interpret detection results. Overall, speakers emphasized that eDNA is not a replacement for traditional sampling methods, but rather may serve as a supplement or a means of guiding more direct approaches to monitoring. It is also critically important to communicate eDNA results to resource managers in an understandable way to prevent misinterpretation.

The discussion of current eDNA research in California focused largely on trying to evaluate and quantify DNA detectability. Experiments investigated how close the target organism needs to be for a positive detection, how long genetic material persists in the environment, and what protocols yield the highest probability of detection. Although multiple studies produced somewhat equivocal results and no clear relationship between sampling methods and detection probability, they did offer some basic insights. For example, it was found that delta smelt (Hypomesus transpacificus) eDNA could be detected for up to three days after the smelt was present, and that detections became unreliable beyond a distance of 33 feet or under turbid conditions. Challenges remain to establishing best practices for eDNA sample collection, but several exciting new approaches are underway, such as developing test strips that indicate the presence of eDNA by changing color when exposed to a water sample.

Presentations on the difficulties of achieving consensus for incorporating eDNA into monitoring programs highlighted the lack of confidence resource managers currently have in eDNA applications. While true that more potential sources of error exist for eDNA than traditional approaches, recent improvements may help bolster trust in the method. What’s more, eDNA approaches have proven very effective in certain monitoring efforts, including the detection of DNA from invasive quagga and zebra mussels. Creating a standardized eDNA sampling approach is difficult given the many variables involved, but doing so could improve the validity of results, consistently characterize uncertainties, and make results comparable across time and location. A standard could also make it easier for managers to implement eDNA methods as management tools.
The discussion of future uses for eDNA covered a wide range of exciting possibilities, including the potential addition of eDNA data to the Nonindigenous Aquatic Species (NAS) database to help map the distributions of potentially invasive species. Presentations also focused on the development of faster, cheaper, and more responsive management through the creation of a standardized eDNA protocol, which might be based on existing programs like the European Union’s DNAqua-Net. There is no one single correct way to conduct eDNA sampling and analysis, and detecting an organism’s eDNA depends on a number of factors related to the species itself, the environment, and the sampling and laboratory protocols. Consequently, it can be difficult to interpret results, and eDNA methods have not yet been broadly accepted or incorporated into the regulatory framework. A general consensus from the workshop on the most important next step was to create a set of applicable “best practices” for eDNA studies that can help researchers quantify potential error while continuing to develop and improve their methods.